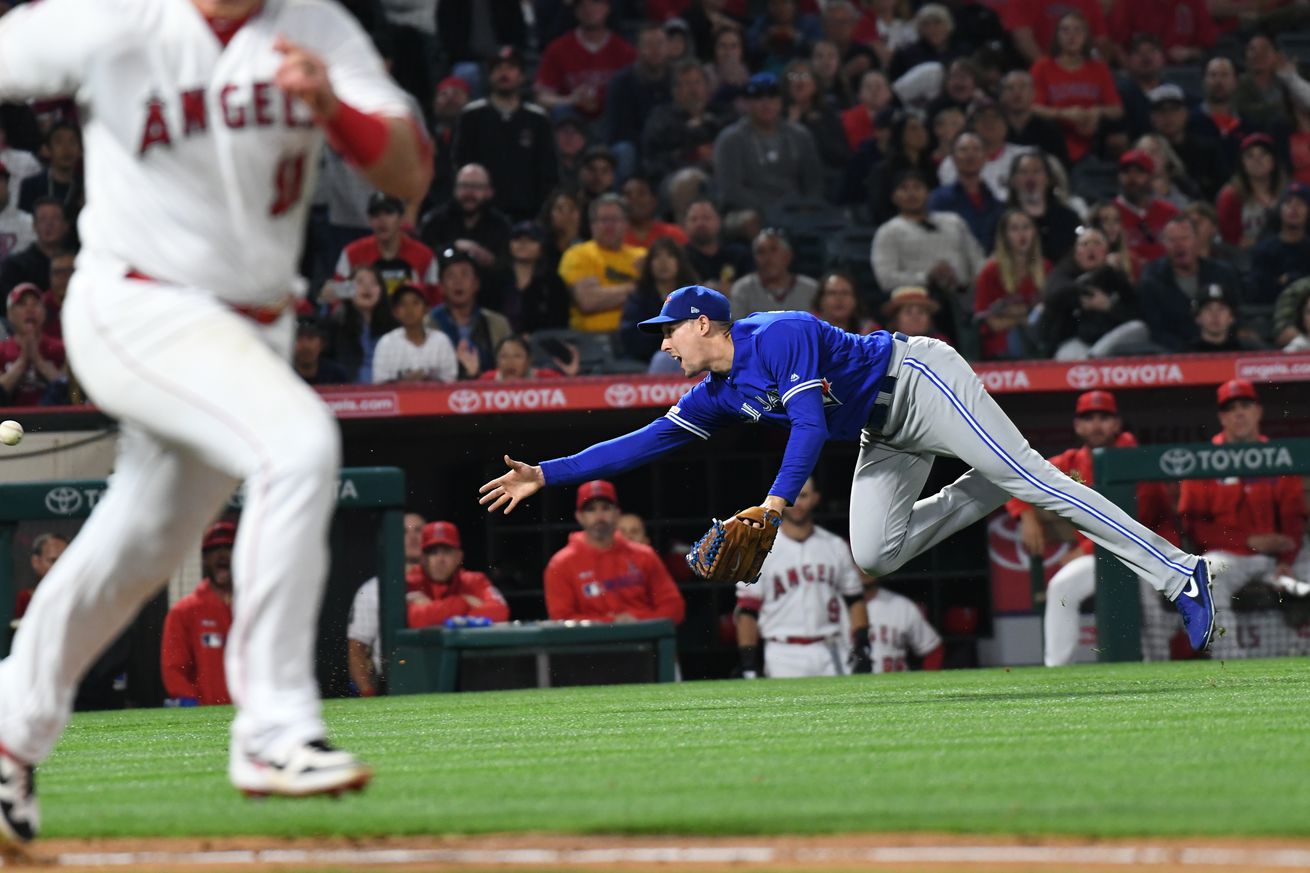 So the stupid play is continuing.

I can’t understand how a guy can make it to the majors without being able to catch a ball.

Aaron Sanchez wasn’t good. He wasn’t helped by his defense, but he was getting hit hard. 4 innings, 9 hits, 5 runs, 4 earned (really 3 earned), 2 walks and 2 strikeouts. He threw a ton of pitches and left the game after the fourth inning at 89 pitches. He is going to have to start throwing strikes again. He has a 3.09 ERA but it is only that low by some sort of magic.

The bullpen did the job:

On offense, once again we got off to a slow start. Our first hit came in the 5 inning. By then we were down 5-0.

In all we had 6 hits. Our runs scored:

Grichuk and Tellez had 2 hits each. Smoak and Drury had 1 each.

We had 511 comments in the GameThread. DangYouToHeck led the way.