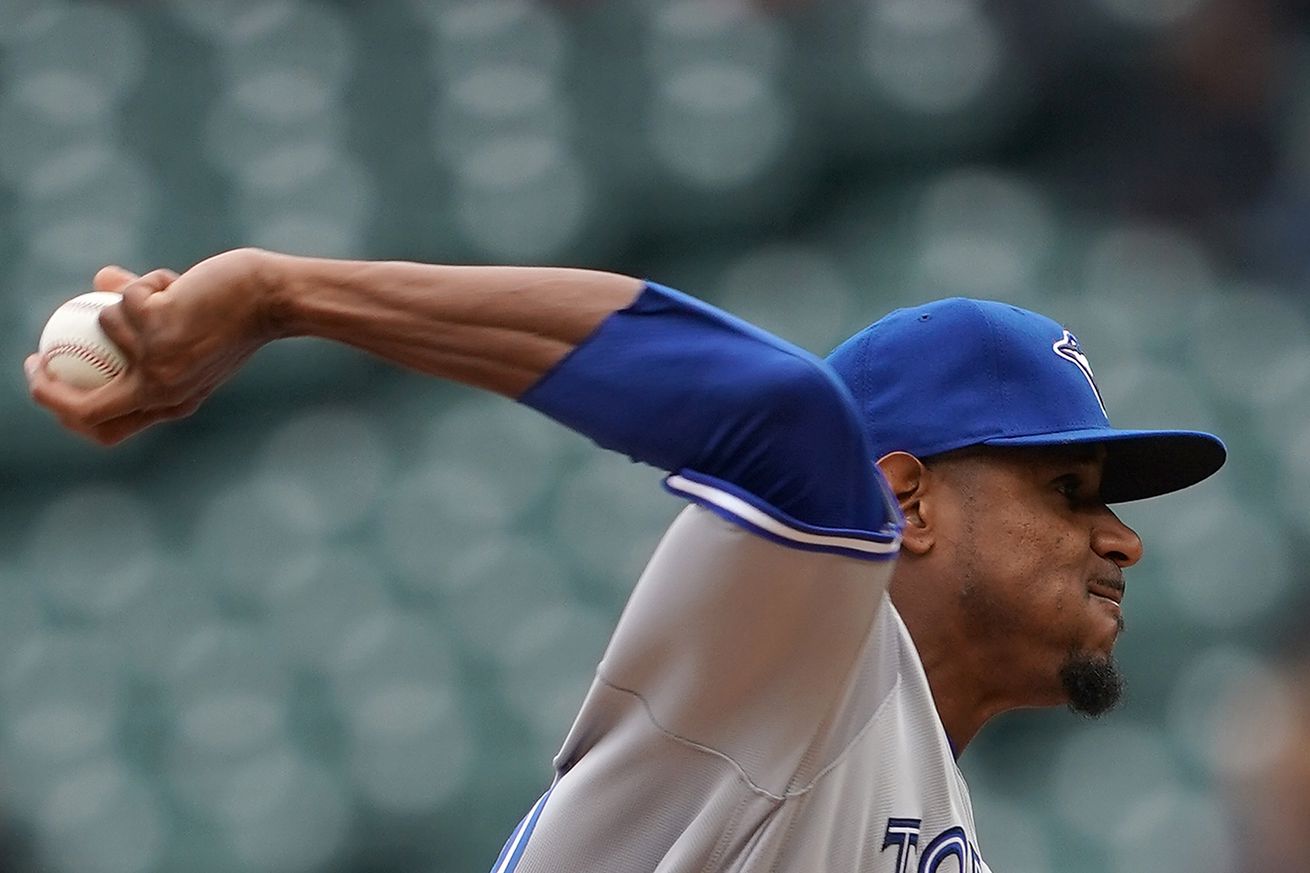 I think we saw what we should expect from Edwin Jackson. He was hit pretty hard, and fought his way through 5 innings. Lots of hard hit fly balls. He gave up 6 hits (4 doubles, 1 homer), 1 walk and 1 hit batter, but managed to limit the Giants to 3 runs, 2 earned. He had a couple of double plays turned behind him and seemed to get the out he needed to stop innings from becoming blowouts.

He left with a tie game. He got a bit lucky, but made pitches when he had to.

Offensively, we couldn’t get the hit when we needed it.

Beyond that we didn’t do much.

We had a good chance in the 6th inning. Grichuk and Galvis started the inning off with singles, giving us runners on the corners. But Teoscar Hernandez struck out. And then, after showing bunt on the first pitch of his at bat, Billy McKinney ground a ball hard at the first baseman, for an easy out there and the throw home doubled up Grichuk. A fly ball would have been handy.

Teoscar had a terrible day, 0 for 4 with 5 strikeouts. A bit of contact from him would have made a difference. I think it is time to send him down and see if he can find his swing in Buffalo.

After hitting 2 homers yesterday, Vlad Jr. was 0 for 3 with a walk and an RBI today.

Ryan Tepera got the loss. He pitched the 6th inning, giving up a home run to Brandon Crawford. He hasn’t looked sharp this year. Time Mayza and Daniel Hudson each pitched a scoreless inning.

Billy McKinney made a costly error in the second inning. Coming in on a soft popup by Kevin Pillar, he had the ball go off his glove. It was windy, but that’s a play that should be made. It cost us a run when Aramis Garcia followed with a home run.

We had 426 comments in the GameThread. Chatty Cathy led us to defeat.