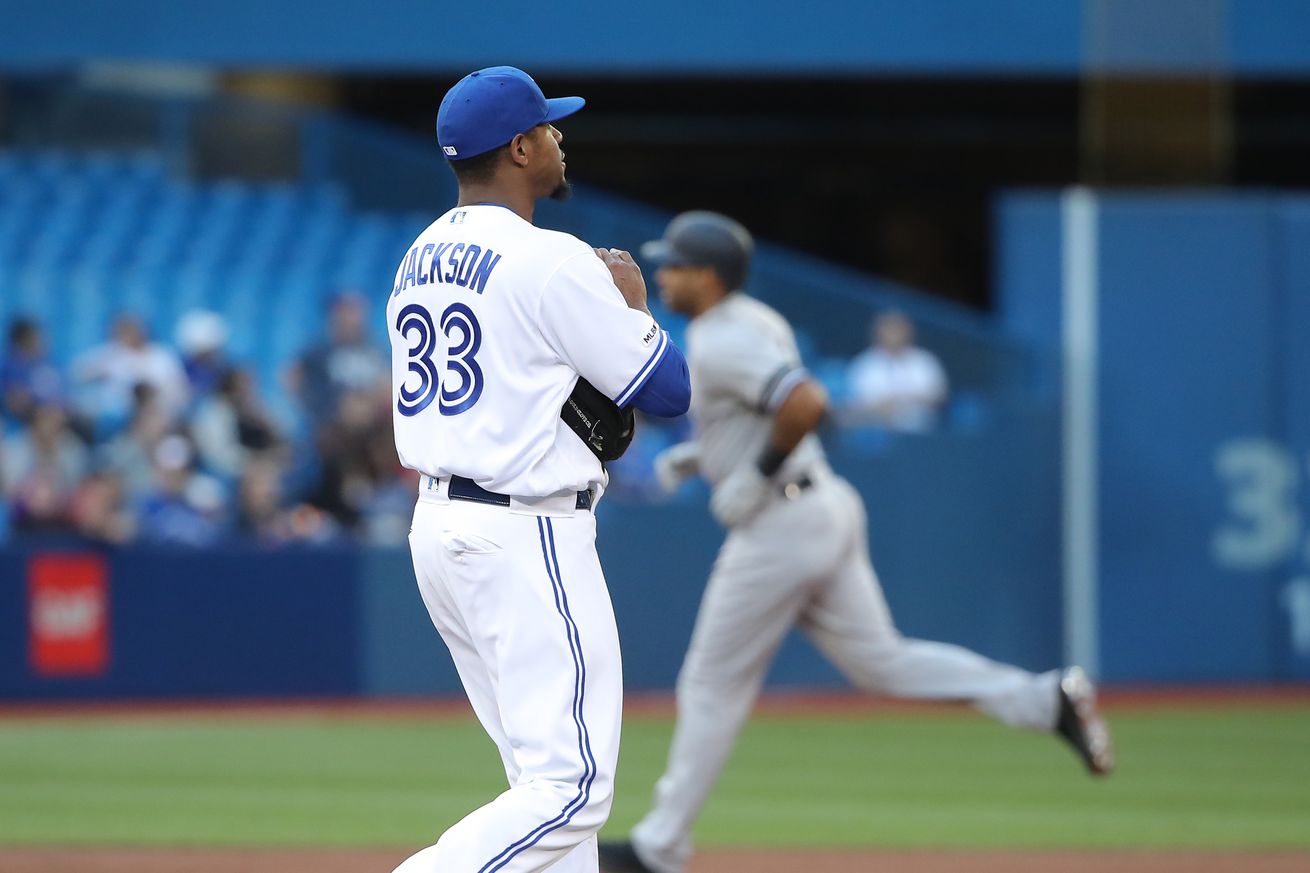 Another bad start for Edwin Jackson. He fought his way through a scoreless first inning, despite two walks. He wasn’t helped out by a very small strike zone in the first.

And he got two quick outs in the second inning. Then there was an easy ground ball to third that Vladimir Guerrero Jr. threw wide of first, bouncing his throw off the helmet of the base runner. And that’s where things fell apart. Single, double and Aaron Hicks homer and we were down 4-0. All the runs unearned, but all three hits were hit hard.

Thomas Pannone pitched 3.2 scoreless innings of relief. Tim Mayza pitched a scoreless 8th and Elvis Luciano gave up a hit and a walk in the 9th but got out of it with the help of a couple of strikeouts.

Our offense did little. 8 hits total. Two of them from Eric Sogard, whose home run was all we’d get and two from Randal Grichuk

3 of the hits came in the 9th. A Justin Smoak fly ball dropping between Gio Urshela and Cameron Maybin was one of them. Gio looked like he had it, but turned away as if he was called off. Grichuk and Lourdes Gurriel followed with singles to load the bases.

The Yankees brought in Aroldis Chapman who got Teoscar Hernandez to hit into a double play (giving us our second run). Freddy Galvis hit a hard line drive at Urshela.

Luke Maile took a hard foul ball off the mask. I thought they should have taken him out of the game. He looked a bit wobbly right after, but seemed fine by the end of the game. I’m always on the side of caution on those things.

The nicest part of the game was when they introduced us to four men who participated in the D Day landing. We are running out of people who were alive back then. They were far braver than I could ever be.

Let’s give a JOD to Pannone for the 3.2 innings of scoreless relief.

The good news is we won the series over the Yankees. A sweep would have been nice, but let’s enjoy small victories.

We had 358 comments in the GameThread. I led us to crushing defeat, which is exactly how my day went.