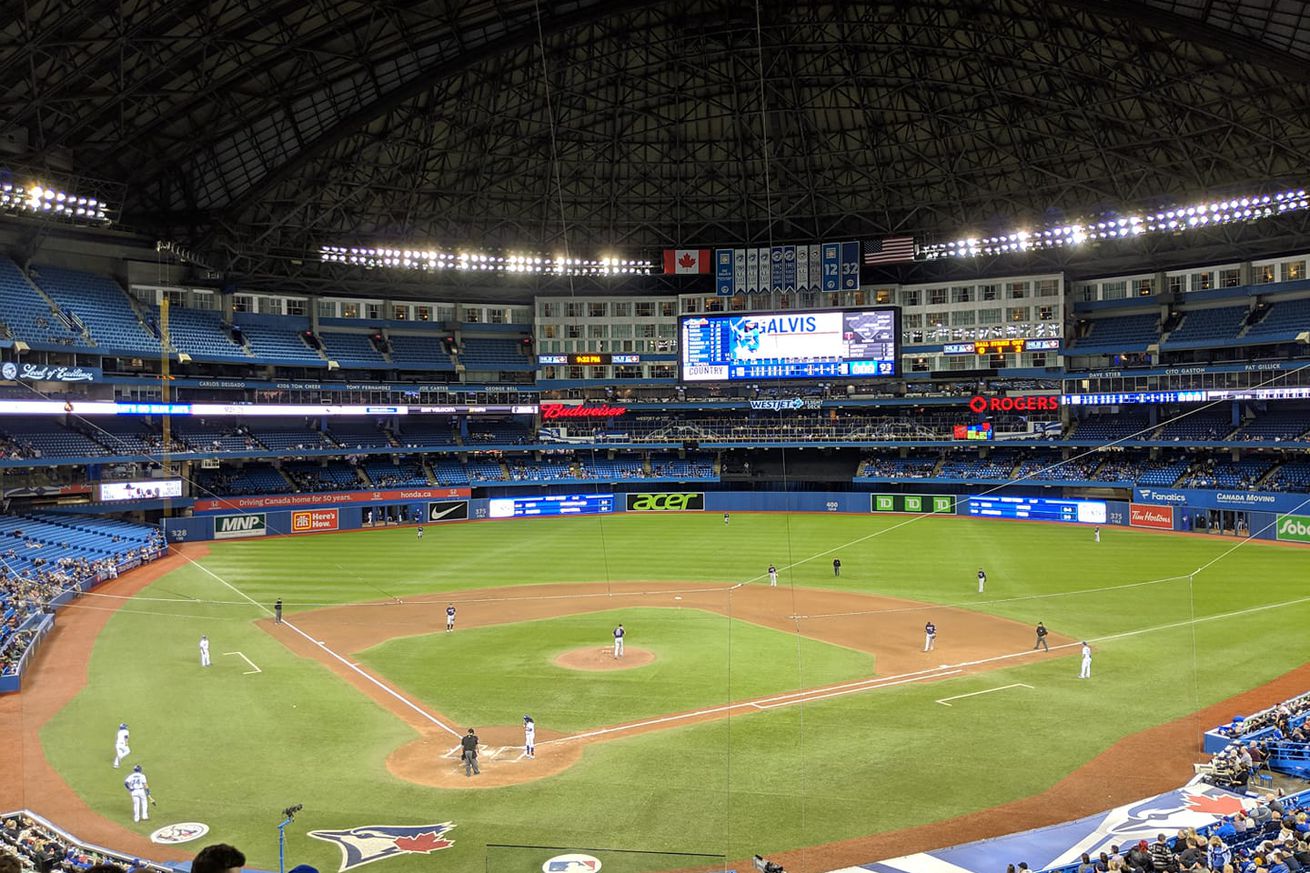 Aaron Sanchez had a rough first inning, throwing 31 pitches and giving up the games first run. He ended up going 7 innings in what was his longest outing of the season, giving up 3 earned runs, walking 3 and striking out 6. If nothing else, his lengthy start helped to rest an overused bullpen.

As stated, the Twins scored the first run of the game in a rough first inning for Sanchez. Max Kepler and Jorge Polanco led off with back to back singles, then two outs later, Sanchez gave up back to back walks, the second scoring Kepler. Sanchez got Scoop to ground out to end the inning.

Sanchez settled in and his next few innings were much better. He gave up a lead off walk in the 3rd, but induced a double play. He also gave up a double in the 5th to Kepler, but struck out the next two batters.

The Twins scored two more runs in the 6th. Eddie Rosario singled to lead off the inning, then Mitch Garver launched one into the 2nd deck to put the Twins up 3-0. Defensively, the team looked much better as well. Drury made a couple nice plays at 2nd base in the 4th, one to rob a hit.

Ryan Tepera pitched the 8th, giving up only a single to Mitch Garver (who took a Randal Grichuk broken bat to the neck)

Unfortunately for the Jays, Jose Berrios was dominant tonight, retiring six straight to start the game. Brandon Drury was the first Blue Jay to reach base on a long single to left field in the 3rd, and Justin Smoak singled to lead off the 4th, but neither player came around to score. Teoscar Hernandez also had a dreadful bunt attempt trying to advance Drury in the 3rd, popping it up to 1st.

Luke Maile broke an 0-for-22 streak with a single to lead off the 6th, but he never advanced past 1st. Billy McKinney hit a two-out double in the 7th. Berrios ended up pitching 7 innings, allowing only 4 hits (all listed above), and striking out five.

Trevor Hildenberger started the 8th got two out, the second a hard hit fly out by Luke Maile, so the Twins brought in Trevor May to get the 3rd out. Taylor Rogers got the save, giving up 2 hits in the 9th, including one by Vlad, bringing the tying run to the plate. But Billy McKinney ground out to end the game.

Yet another shutout for the Jays offense.

Jays of the Day: the BBB braintrust, and Matt W for consuming 6 loonie hotdogs.

Tomorrow, the Jays will wrap up this series with the twins before an off day on Thursday. Kyle Gibson will take on Trent Thornton. Same time, same place.