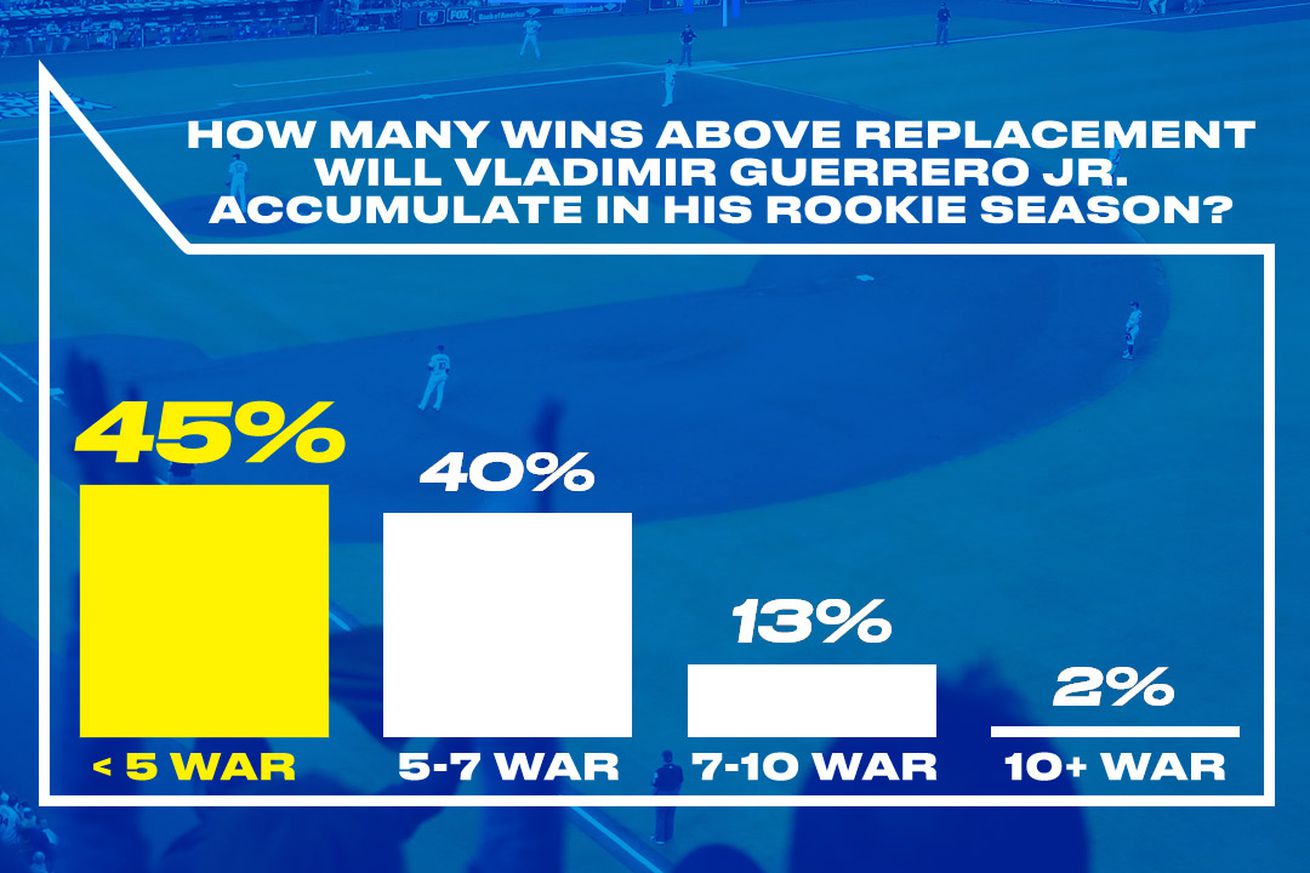 Welcome to SB Nation FanPulse, a survey of fans across MLB. Each week, we send 30 polls to plugged in fans from each team. Blue Jays fans, sign up HERE to join FanPulse.

The national question was about our Vlad Guerrero Jr. They asked what his WAR will be at the end of the season. He is off to a slow start, so the slightly negative response is understandable (though a 5 WAR would be a pretty terrific rookie season). Last year’s AL MVP Shohei Ohtani’s bWAR was 3.9 and that was pitching and hitting. Ronald Acuña Jr. had a 4.1 bWAR. So expecting a WAR above 5 might be a tad optimistic.

I hate to judge a guy on his first 5 games. I know we all expected him to hit a bunch of homers the first week, but such is life. He’ll be great, it is just taking a little longer than we hoped.

We got to see the good and bad of his defense yesterday. He made a very nice play play and messed up a fairly easy play.

The weekly Blue Jays polls took a step towards the positive.

In the “confidence in the direction of the team” question 95% said they were confident in the team’s direction. I guess the poll came out when we were busy sweeping the A’s. Last week the number was 83%.

And the manager approval number was 100%. I’ll admit I agree. I approve of the Charlie Montoyo. He’s going to do things I don’t like, pinch running for Vlad and cycling through the bullpen pitchers, but I think he can learn. And, honestly, there will never be a manager I always agree with. Managers are allowed to be wrong occasionally. And….it is possible, not likely but possible, that I could be wrong occasionally. But mostly, it is baseball, sometimes there will be more than one right answer.