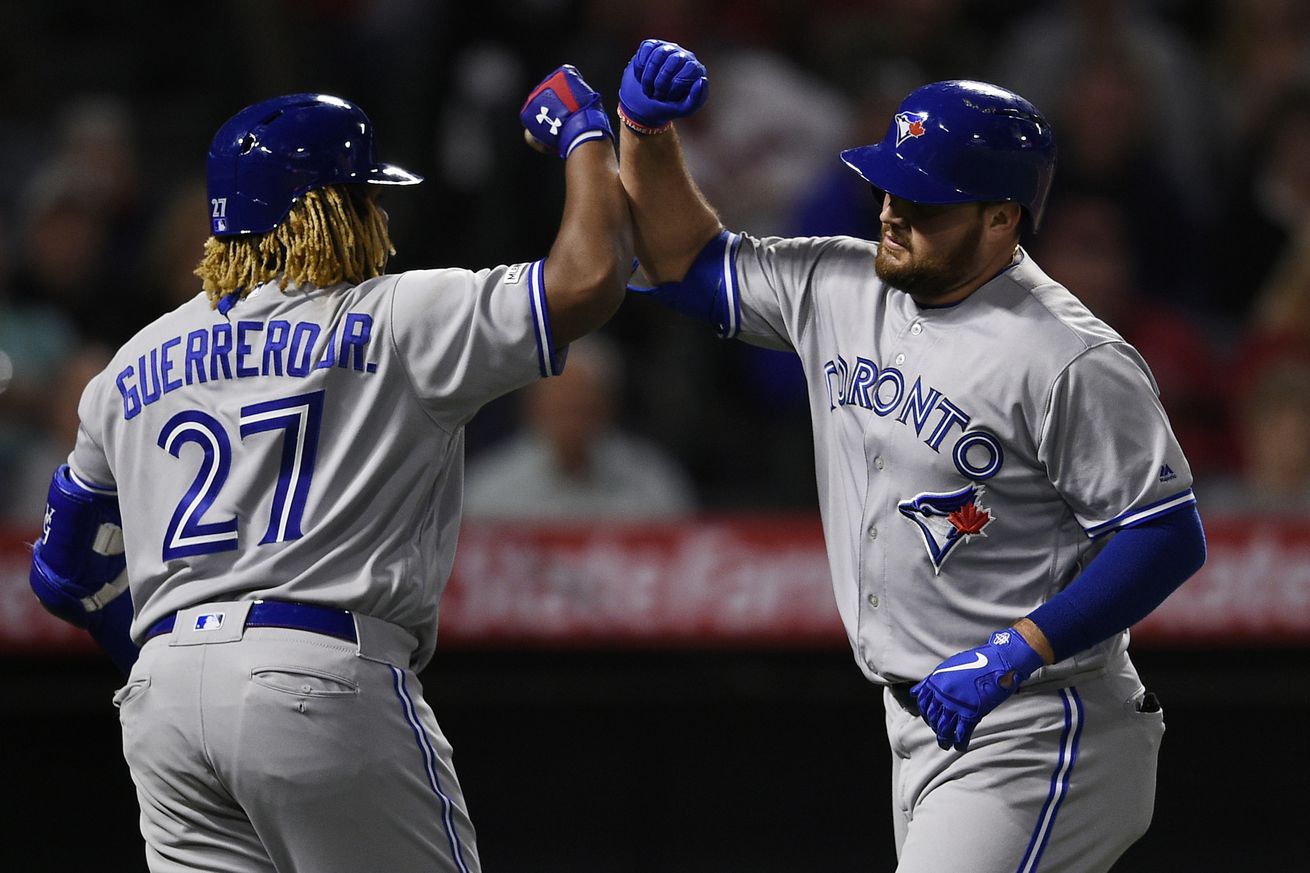 The Blue Jays will fight to avoid the 3 game sweep in the City of Angels tonight, looking to win their first game of the road trip before they head to Texas. Tonight’s game gets underway at 10:07 ET once again, so don’t forget your mid-afternoon naps in preparation of tonight’s contest.

Aaron Sanchez will make his 7th start of the season, looking to build off a solid bounce back start last time out. In that game, he allowed just an unearned run on 2 hits over 5 innings, coming back strong after leaving the prior start with a broken fingernail. But it wasn’t all sunshine and rainbows in that start either, as Sanchez completely lost track of the strikezone at times, issuing 4 walks along the way.

Sanchez on the season sports a 3-1 record with a 2.32 ERA, and 5 of his 6 starts have resulted in allowing 2 or fewer earned runs. But the struggle comes in with the number of innings he has thrown, as he is averaging just over 5 innings per start. That’s no doubt due to the high number of pitches he has thrown as a result of the 20 walks in 31 innings. It’s likely that eventually the walks will come back and bite him hard, but as long as he can keep the ball in ballpark, he will be able to at least limit that damage.

Left hander and team ace Tyler Skaggs heads to the mound for the Angels, making his 5th start of the season. He made his first 3 starts as normal in the rotation, but went on the Injured List with a sprained ankle for a couple weeks in the middle of April. He came back in time to make his last start, and he now appears healthy and ready to keep going. He threw 5 shutout innings in his return, so the Angels are no doubt happy to have him back.

Skaggs is 2-2 with a 3.15 ERA over 20 innings total on the season. Only once has he pitched into the 6th inning or beyond, going 6.1 innings against the Rangers at the beginning of April. He threw 101 pitches in that start, but the other 3 he has averaged 86, so the Angels are taking it easy on him, which is reasonable considering the injury history of the 27 year old.

With another lefty on the mound means that we’ll probably see something weird in the outfield. Maybe Eric Sogard is healthy enough to play (seeing him on the bench last night was at least encouraging), which would then push Brandon Drury into the outfield instead of Alen Hanson.

I’m starting to feel more and more that Cavan Biggio should come replace Billy McKinney in the outfield. Maybe that’s a move for the weekend, when will maybe bring in another arm to backfill the bullpen spot left vacant by Thomas Pannone as well, who is supposed to be getting the start on Saturday.

One of my favourite things about Mike Trout, aside from the amazing numbers that he puts up that everyone sees, is also the random places that he shows up on leaderboards. Active leader in stolen base percentage? That’s Trout. Longest current errorless streak in the outfield? Also Trout. Fewest swinging strikes among players with at least 10 PA this season? Eric Sogard. But after him and David Fletcher, it’s Mike Trout.

Speaking of David Fletcher, he has been doing a nice job for the Angels filling in for the injured Zack Cozart. Through 98 PA, Fletcher is hitting .297/.347/.396 (106 wRC+), striking out just 4 times thus far. Once Cozart comes back, Fletcher will be pinched for playing time, and will have to fight Tommy LeStella for playing time, but I’m sure the Angels will be happy to have such a problem.

The players across the Majors keep making it easy for me to pick the Monster Bat award. For the third straight day our winner is the only one with a multi-homer game, this time going to Nolan Arenado. The Rockies’ third baseman also chipped in a single and drove in 4 as they destroyed the home town Brewers 11-4.

Martin Perez threw 8 shutout innings, limiting opponents to 4 hits and a pair of walks along the way to win our Pitcher of the Day award. His exploits led his Twins to the 6-2 win over the visiting Astros.

Yonder Alonso struggled in the first game of the White Sox double header against the Orioles, going 0-4 with a -.033 WPA in the White Sox 5-4 loss. But it was in game 2 that Alonso’s light shone brightest, as he came up with his White Sox down 1 with 2 outs and bases loaded. Alonso was able to deliver the single, driving in a pair of runs for the walkoff win, good enough for a .729 WPA on the play, and a full day total of .601 for our WPA King.

Find the link between Skaggs and Patrick Corbin.