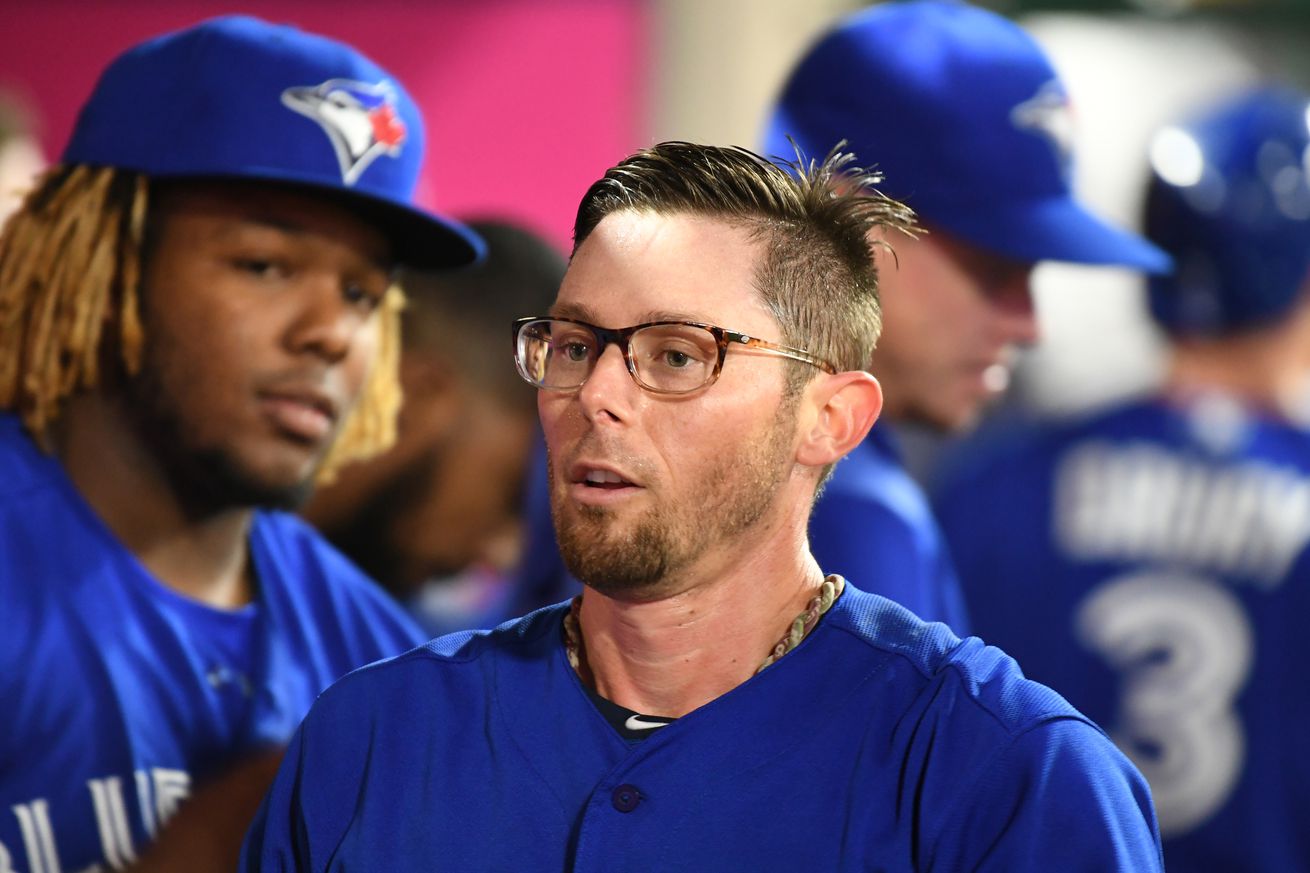 After a very not fun time in Anaheim, the Blue Jays head to Texas and will attempt to play some good baseball again. The wonderful thing about baseball is that if you have a bad day, you usually don’t have to wait long for retribution. Today’s game against the Rangers is set to get underway at 8:05 ET.

Rookie right hander Trent Thornton heads back to the mound, still in search of his first career win in now his 7th start. Thornton is 0-3 with a 5.08 ERA, although his 3 no decisions were pretty good starts – 3 runs on 7 hits over 15.2 innings with 22 strikeouts and 7 walks. When Thornton is on, he is very tough to hit, which gives a lot of promise for his future.

Thornton’s last start showed a worrying number of walks, something that we hadn’t seen from him much yet. He walked 5 in his 5 innings of work, which is a much different story compared to the 7 in his first 23 innings. Historically he has been quite good at limiting walks too, so hopefully this is just a random one time thing where he struggled with his command a bit as rookies do, and he’ll be back to filling the strikezone with uber-spin pitches.

Left handed veteran Mike Minor gets the start for the Rangers. Minor has done quite well for the Rangers so far this season, as he is 3-2 with a 2.88 ERA over 6 starts. The impressive thing for Minor, who signed a 3 year deal to be a starter with Rangers after having a lot of success in the Royals’ bullpen, is how long he is going into games in the early going. Minor is averaging nearly 6.2 innings per start in the early going, and 4 of his 6 starts have seen him go 7+ innings, including one of baseball’s three shutouts so far.

While the shutout was impressive, his start the last time out was probably his most dominant of the year. In 7 innings against the Mariners, Minor allowed just 1 run on 3 hits and a walk, striking out a career high 13.

Vladimir Guerrero Jr. got the night off yesterday, but he’ll be back in the lineup tonight. I’m hoping that the Jays will finally put him up in the 2 spot in the lineup and maybe he’ll start seeing pitches to hit. If you haven’t heard, Vladdy has seen just a quarter of the pitches thrown to him actually end up in the zone, and he has started expanding his zone a bit to try and get some contact. But pitchers aren’t giving him anything to hit, and are happily (sometimes) taking their chances with whoever is behind him, which at least has been Drury doing damage.

Speaking of Brandon Drury, with the double yesterday, he is now hitting .296/.345/.667 since the start of the Twins’ series back on April 15, including 5 doubles and 5 home runs in 58 PA. That’s a pretty remarkable turnaround from his first 56 PA, where he hit just .130/.161/.185 with just 1 double and 1 triple. He is still striking out far too much, but otherwise he is a nice presence to have in the lineup, especially as someone who can play multiple positions. Tonight could very well see him out in RF.

While he’s certainly not the only one doing well, Joey Gallo is the bat to watch out for in this lineup. Gallo is hitting .264/.398/.692 (174 wRC+) with an AL leading 11 home runs. He is second in barrels/PA and second in average exit velocity. In other words, Gallo is destroying baseballs.

But as I said before, it’s not just Gallo. Shin-Soo Choo (162 wRC+ in 122 PA), Elvis Andrus (156 wRC+ in 124 PA) and Danny Santana (155 wRC+ in 67 PA since being called up on April 14) give the Rangers 4 regulars with a wRC+ over 150. Thankfully for opponents they’ve been peppered throughout the lineup as opposed to all in a row, as Rougned Odor (11 wRC+) has been getting a lot of reps in the second spot in the batting order, Nomar Mazara (90 wRC+) has been their cleanup hitter and Asdrubal Cabrera (100 wRC+) has been their primary 6th batter.

It’s a clean sweep of our awards for Noah Syndergaard, as he gets all three of the Monster Bat, Pitcher of the Day and WPA King. Thor threw a complete game shutout, while also launching a home run in the Mets’ 1-0 win over the Reds. That gives him a .748 total WPA on the day.

Find the link between Minor and Kyle Gibson.