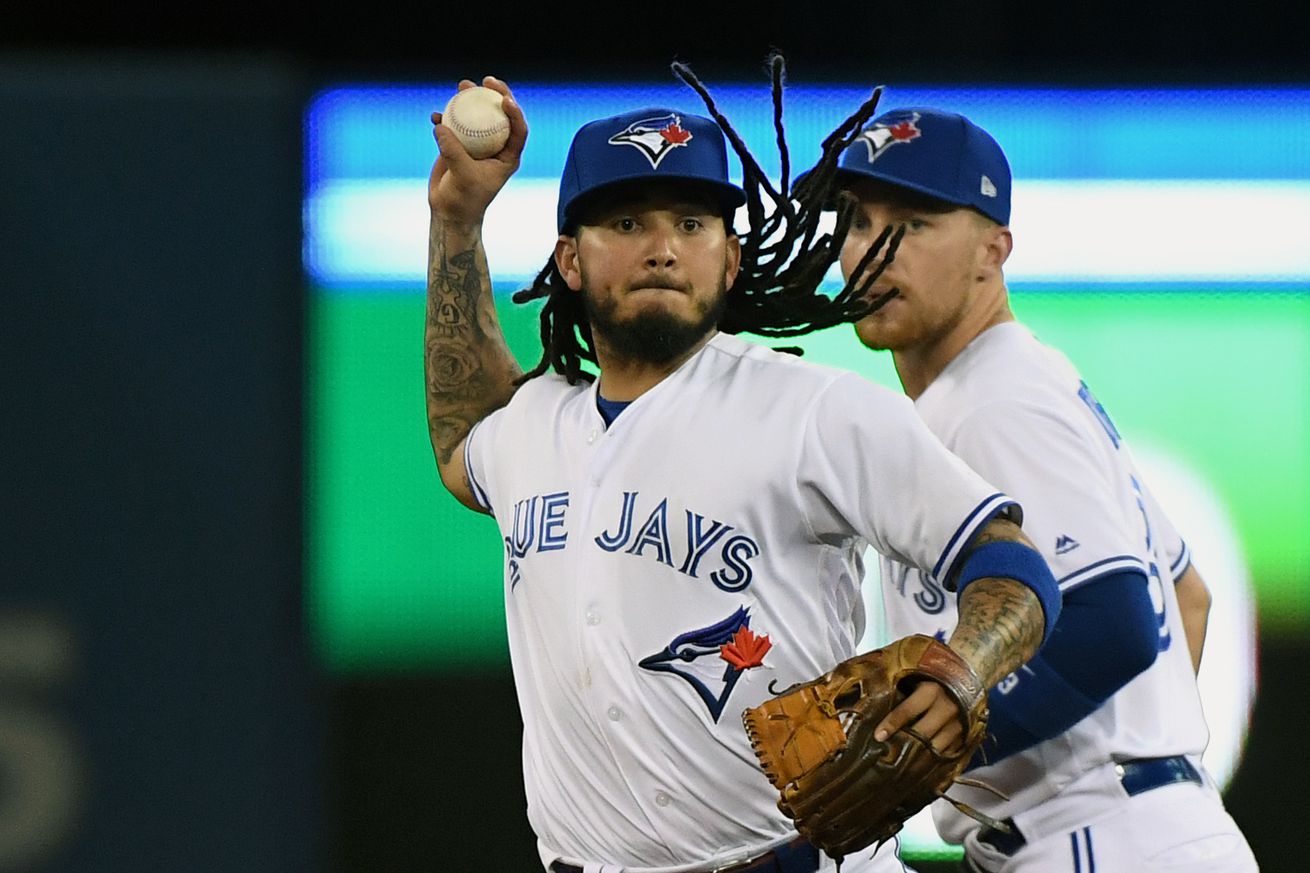 The Blue Jays will look to finally score a run in this series, as the Jays will try to avoid a shutout sweep at the hands of the Twins. Today’s game rolls in at the standard 7:07 ET start time.

Rookie right hander Trent Thornton, the last starter to start a game the Jays eventually won, will head to the mound still looking for his first personal career win. He is 0-3 so far with a 4.08 ERA, which really makes his winless record seem unfair. He has made 7 starts, and he definitely earned the 3 losses that are associated with him, as he allowed 13 runs over the 12.2 combined innings of those 3 games. But in the other 4 starts, he has thrown 22.2 magnificent innings, allowing just 3 runs on 8 hits, walking 9 and striking out 27. That’ll definitely play.

Thornton pitched against the Twins when the Jays were in Minnesota a few weeks ago, and one of his losses came from that visit. Thornton made it through 4.2 innings, allowing 4 runs on 6 hits, with 3 walks and just 3 strikeouts. He didn’t allow any home runs in that game, but he was hit around enough to chase him from the game short of 5 innings.

The Twins will send Kyle Gibson to the mound in an attempt to continue their shutout streak. The last time a Twins’ pitcher surrendered a run was in the 4th inning on Sunday, a game which was called after 8 innings in the Bronx with the Yankees winning, so the Twins’ shutout inning streak is at 21 innings.

The 31 year old Gibson is 2-1 with a 4.68 ERA so far, getting hurt mostly by the long ball. He is allowing home runs at a 1.38 per 9 inning rate, which is the highest it has been in his career, and really high for someone who also has a 51% groundball rate. If he can rein in the home runs a bit more (which playing against the Jays could help), he’ll put up a pretty good season for the Twins.

Gibson faced the Jays in the series a few weeks ago as well, and things didn’t finish all too great for him. Like most pitchers the Jays have faced this year, Gibson was great through the first 5 innings, allowing a single and a pair of walks but keeping them off the board. Things fell a part when he came back out for the 6th, where he allowed a double, a pair of singles and a walk while just getting a strikeout. He left 2 men on, both of which came around to score as well, so his final line of 4 runs on 4 hits and 3 walks over 5.1 innings looks a lot worse than he did.

They’re getting sadder and sadder to watch as a team, having put up just 16 runs in the 8 games since sweeping Oakland (which is really sad for Oakland). Eric Sogard is one of just three Jays batters who aren’t embarrassing themselves right now, and even he has cooled a bit since his hot start. Rowdy Tellez and Randal Grichuk are the only other two that have a wRC+ over 100 in the last week.

I keep waiting for something to change with the roster, but there doesn’t seem to be any indications that that is going to happen. Which in part makes sense, it’s a rebuilding year and these guys need reps and to work through their struggles. It’s just hard to watch, although we knew difficult games were coming.

On the opposite end of the spectrum, we have the Twins, who have scored 36 runs over the last week, getting contributions from all over the lineup.

Marwin Gonzalez, who is off to a rough start to his season, is 8 for his last 21 with 3 walks. That’s really helping bring up his .159/.233/.244 start over his first 90 PA. Twins’ fans were probably starting to worry about one of the biggest offseason acquisitions, but he is starting to come around for them.

Justin Turner very much earned the Monster Bat award, as he went 4-5 with 3 home runs. He drove in 6 of the Dodgers’ 9 runs as they shut out the Braves 9-0.

Prior to yesterday, there had only been 4 complete game shutouts thrown this season, although there were already 2 in the first week of May. Last night there were 2 more. Hyun-Jin Ryu threw a Maddux in the aforementioned Dodgers’ game, but that’s not good enough to earn him any hardware today.

Mike Fiers of the Athletics gets both the Pitcher of the Day and WPA King title. Fiers threw a no-hitter against the Reds, helping his Athletics to the 2-0 win. Fiers’ no-hitter included a pair of walks and a reached on error, resulting in needing him to throw 135 pitches to make it through. But he did it, and his place in history is immortalized as someone now with 2 career no-hitters.

Since the score was so close, Fiers also racked up enough WPA to be the WPA King, as he got all the way to .602 WPA on the day.

Find the link between Gibson and Max Scherzer.