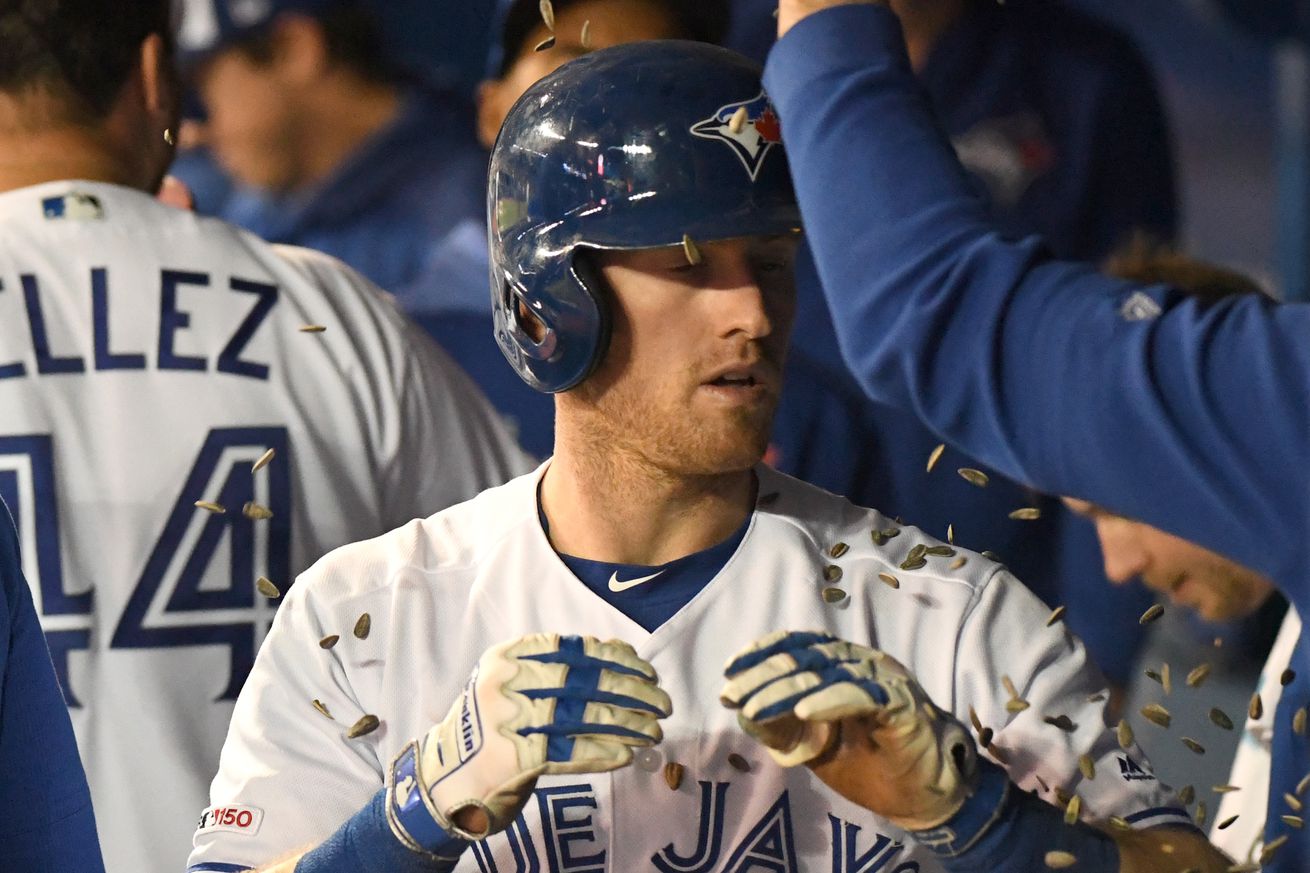 The Blue Jays welcome the White Socks Sox to their house for a 3-game weekend series, wrapping up their homestand. Hopefully for the Jays’ sake, the White Sox are a bit nicer than their division leading counterparts who just finished walking all over the Jays. We will see how things stack up starting tonight at 7:07 ET.

This was originally supposed to be Clay Buchholz spot, but at the time of writing this, it appears that he is unavailable to pitch.

So Daniel Hudson will likely be making the start as the Opener for the Jays, a role he filled once for the Dodgers last season. He threw a perfect inning in that one, something I am sure the Jays would love to see happen again today.

Hudson on the season is 2-1 with a 3.63 ERA, although FIP doesn’t like the process by which he has gotten there. His 6.02 FIP is driven by a career high walk and home run rates, which makes it impressive that he has only allowed 7 earned runs despite allowing 4 home runs and 9 walks.

The White Sox counter with righty Dylan Covey. Covey is making just his second start and fourth appearance of 2019 for the White Sox, having also pitched in 5 games AAA. His numbers through his first 6 Major League innings haven’t been great, although not allowing a home run has at least kept his overall numbers looking good. He has struck out just 2 while walking 5.

Covey’s last appearance was his only start at the big league level so far, and it went probably as well as the White Sox were hoping. He pitched 4.2 innings, allowing just 2 runs on 5 hits, walking 3 and notching his 2 strikeouts. Knowing the Jays, he’ll probably be able to make it through 4.2 innings without too much trouble tonight.

With the demotion of Pannone being announced so much in advance of today’s game, it seems unlikely that we will see any other changes to the roster prior to tonight’s game, with the exception of whoever is replacing Pannone. I would guess that it’s a pitcher though, since we’re likely going to need a few tonight.

That means we will continue to trot out one of the worst offensive outfields in the game, and hope that they can start hitting more like they have historically done.

Vladimir Guerrero Jr., who is off to a very bad start to his Major League career, will likely be back in the lineup tonight after getting a couple days off. The radio broadcast on Wednesday mentioned that the day off was more for a physical break than a mental one, so there is maybe a little concern that he isn’t 100% over his oblique injury, but I haven’t seen any information about that either.

The White Sox come to town with young phenom Eloy Jimenez unfortunately on the Injured List. The consensus top 10 prospect was off to a poor start to his MLB career this year as well, although he has done a bit better with the bat than Vladdy has. Through 21 games, he at least had 3 home runs and a batting average over .200, but that’s about all the good you can say about his start, and we haven’t even gotten to his butchering of the left field position.

The White Sox otherwise have a pretty ho hum lineup. Collectively they’re scoring 4.64 runs per game, ranking pretty much right in the middle at 18th. They have a wRC+ of 100, which is the definition of league average.

The grouping of Tim Anderson (who has been pretty fun to watch), Jose Abreu, Yoan Moncada and James McCann have helped pace the offence, collectively hitting 26 home runs and stealing 18 bases, while all having a 125 wRC+ or higher.

Despite the shortened slate of games on the Thursday night, there was a healthy competition for Monster Bat last night. Three different hitters launched 2 home runs, so we’ll give the award to Tyler Austin who drove in 6 runs total. But those RBI still weren’t enough on a very offensive night in Colorado, as the Rockies held on to the 12-11 win over Austin’s Giants.

David Peralta gets the WPA King title from last night, as he hit a game tying home run with 2 outs in the bottom of the 9th. His Diamondbacks were able to walk off the Braves in the bottom of the 10th with a 3-2 final score, and they wouldn’t have gotten there without Peralta’s .428 WPA on the day.

Felix Pena made it through 7 shutout innings, allowing 4 hits while striking out 7 and walking none to earn the Pitcher of the Day award. The Angels didn’t need that level of success on the mound though as they trounced the Tigers 13-0.

In an attempt at fairness, this will be updated at some point before 3:00 pm ET.

Find the link between Covey and Drew Jackson.