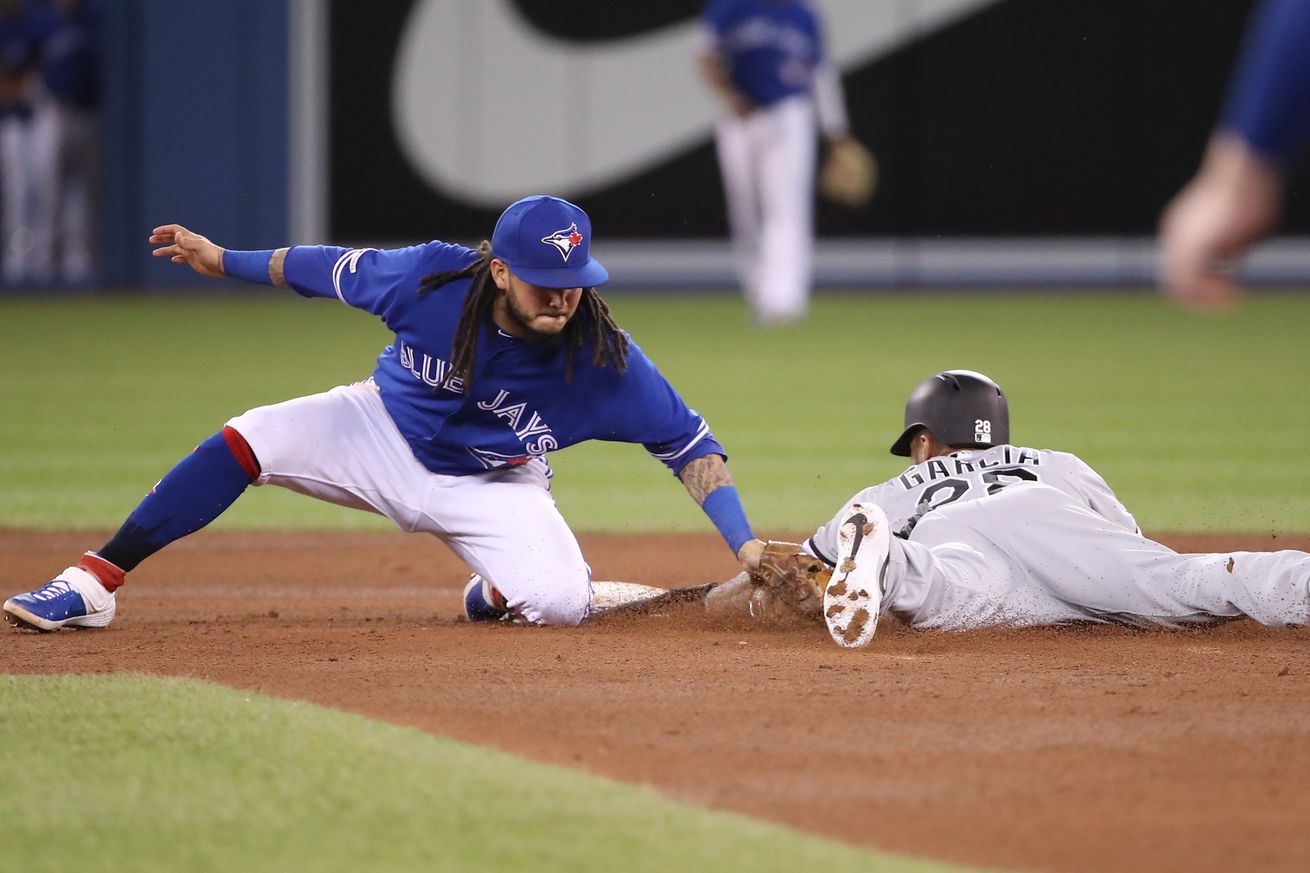 Good morning and Happy Mother’s Day to everyone!

The Blue Jays will look to earn the series victory on this beautiful Mother’s Day afternoon, looking to send the White Sox back out of Canada with just 1 win in hand. Today’s game gets underway at 1:07 ET.

Aaron Sanchez heads back to the mound, looking to build off a pretty good start his last time out. Sanchez, who is 3-3 with a 3.23 ERA on the season, made it through 7 innings his last time out, his longest start of the year. He allowed 3 runs on 6 hits, one of which was a home run, while striking out 6 and walking just 3. The 3 walks in 7 innings was his second best ratio of the year, something that has been a massive problem for him ever since his 2016 ERA title winning season (and also every season before that too, with the exception of his relief stint).

The White Sox counter with one-time top prospect Lucas Giolito. The 24 year old righty, who was a top 20 prospect when he came over to the White Sox from the Nationals prior to the 2017 season, was having a really rough time of things in the Majors. Prior to this season, Giolito had a 5.48 ERA over 240 career innings, allowing way too many walks (4.3 per 9 innings) and home runs (1.6 per 9 innings) while striking out very few (6.4 per 9 innings).

That has so far been reversed this year. Through his first 6 starts and 31 innings, Giolito is 3-1 with a 4.06 ERA, but the underlying numbers are looking even better. He has struck out 38, while allowing just 3 home runs so far. The troubling number is that his walk rate hasn’t really dropped, as he has walked 15, leaving his walk rate fairly close to his career rate. The massive uptick in strikeouts could be attributed to a 1.5 mph jump in his fastball velocity, something I’m sure the White Sox’ front office is very happy to see.

Eric Sogard gets the day off, with Brandon Drury drawing the start at second and Freddy Galvis moving back to the top of the lineup.

Jonathan Davis gets his second start in CF against a righty.

Ryan Cordell is back out in RF after getting the day off yesterday. Nicky Delmonico draws the short straw and is on the bench for this one. That’s a fairly surprising move to be honest, since most other teams have stacked as many lefties into the lineup as possible against Sanchez, and here the White Sox are sitting Delmonico in stead of Cordell.

Otherwise it’s the same lineup we saw yesterday, and why wouldn’t it be after they scored 7 runs.

Albert Pujols went 3-5 with a pair of home runs, while driving in 3 runs and earning our Monster Bat award. Pujols helped carry his Angels to the 7-2 over the Orioles.

We saw MLB’s 5th shutout of the month last night, this time it was Zach Eflin who also obviously earns the Pitcher of the Day award. Eflin allowed just 4 hits and a pair of walks as his Phillies shut out the Royals 7-0.

Tyler Chatwood threw 4 shutout innings in extras as the Cubs and Brewers went 15 innings, with the Cubs getting the 2-1 walkoff win. Chatwood’s 4 innings was worth .615 and a WPA King title. Fun little tidbit in that game too – Willson Contreras’ walkoff home run was a .423 WPA play, but he only got .163 on the day. Prior to that home run, his -.260 was the lowest on his team.

Updated: Find the link between Giolito and Corey Seager.