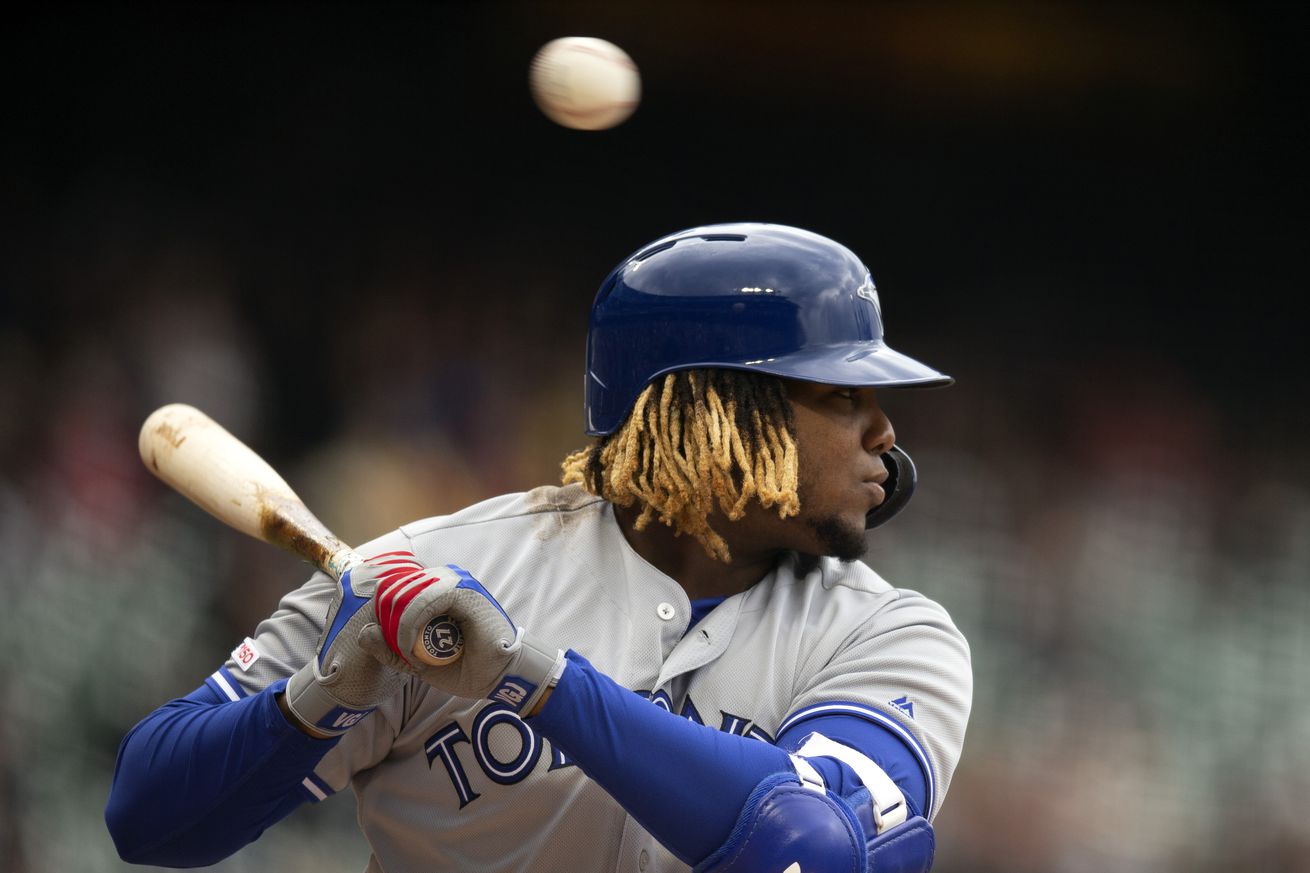 Marcus Stroman heads to the mound, making his second straight start against the White Sox. His last start went pretty well through 6 innings, as he allowed just 2 runs (1 earned, although it was his error that caused him to score) on 5 hits and no walks. But he got knocked around when he came back out for the 7th, surrendering 3 singles around a lineout, and his night was over as he left with the bases loaded. Derek Law allowed 2 of the inherited runners to score, and all of a sudden Stroman’s line doesn’t look so good with 4 runs allowed. The good news about this game though was that was the first time Stroman didn’t allow a walk in a start this season.

With that start, Stroman’s record on the year fell to 1-6, a pretty remarkable number for someone with a 3.12 ERA. For whatever reason the Jays bats cannot score him any runs when he is on the mound, again filling the scorecard with zeroes (insert comment about some pathetic “analyst” somewhere claiming his teammates don’t like him and aren’t trying for him).

The right handed Dylan Covey will also be making his second straight start against the same team, as he pitched for the White Sox last Friday night. The Blue Jays touched him up early, scoring 3 runs in the first and another in the second, all on home runs by Randal Grichuk and Teoscar Hernandez. Considering the Jays worked Covey for 5 walks and 2 home runs over 4.2 innings, only scoring 4 runs seems kinda low. But also considering it’s the Blue Jays, scoring 4 runs in the early going seems incredibly impressive, and it was enough to hold on to the 4-3 win.

Through 10.2 total innings on the season now, Covey is not having a good time. He has allowed 8 runs on 10 hits and 10 walks, striking out just 5 and surrendering those 2 home runs.

Teoscar Hernandez has now struck out in 6 straight plate appearances, and appears completely lost at the plate. The knack for barreling the ball and hitting it hard from last year is completely gone. If ever I felt there was a player who needed a reset in the Minors, this is the time. Bring back Gurriel, or call up Biggio. Either should be able to carry the load in left field.

The only other hit aside from the home runs that the Jays got off Covey was a leadoff single from Eric Sogard, and seeing as he got the day off yesterday, I could see him back in the lineup today. Although with Brandon Drury also having a big day at the plate, the Jays might try to get both into the lineup, which means Drury could go to the outfield, or maybe Vladimir Guerrero Jr. gets a half day at DH, although I don’t think that one is as likely as Drury taking some more reps in the OF.

Top prospect Eloy Jimenez is currently on a rehab assignment in AAA, where he is 2-6 with a double so far. He was removed from yesterday’s game a bit early, but likely to just give him a little break. It doesn’t appear his reinstatement from the Injured List is imminent, and we may not see him in this 4 game series. I think the expectation when he first went on this rehab assignment was to get him back as the team heads to Houston on Monday, and there doesn’t seem to be any reason to think otherwise at this point. Which is all too bad, as fans won’t get to see two of the best hitting prospects in the game go head to head.

Leury Garcia, who hurt his back in the series back in Toronto, missed both Monday and Tuesday’s games (as a side note, the White Sox didn’t play yesterday, which I’m not sure I remember a team having an off day on a Wednesday at this point in the season before. It’s also their only scheduled off day in May). Garcia claims that he’s not going on the IL, so I’m guessing that he thinks he’ll be good enough to play today after getting 3 days of rest.

Gleyber Torres went 3-8 with 3 home runs as part of a double header – 2 in the matinee and 1 in the nightcap – good enough to win our Monster Bat award. The Yankees swept the twin bill over the Orioles with scores of 5-3 and 3-1, thanks in large part to Torres.

Eugenio Suarez hit a game tying 2 run home run in the 8th inning, and then in the bottom of the 10th he hit a 1 out single that pushed the winning run to third base, both of which were huge plays for his Reds. The Reds did score Votto from third, which gave them the 6-5 win over the Cubs, and Suarez’ .565 WPA was good enough for the WPA King title.

Zack Greinke made it through 7.2 shutout innings, allowing just 4 hits while walking nobody. His Pitcher of the Day efforts helped his Diamondbacks beat the Pirates 11-1.

Find the link between Covey and Jed Bradley.