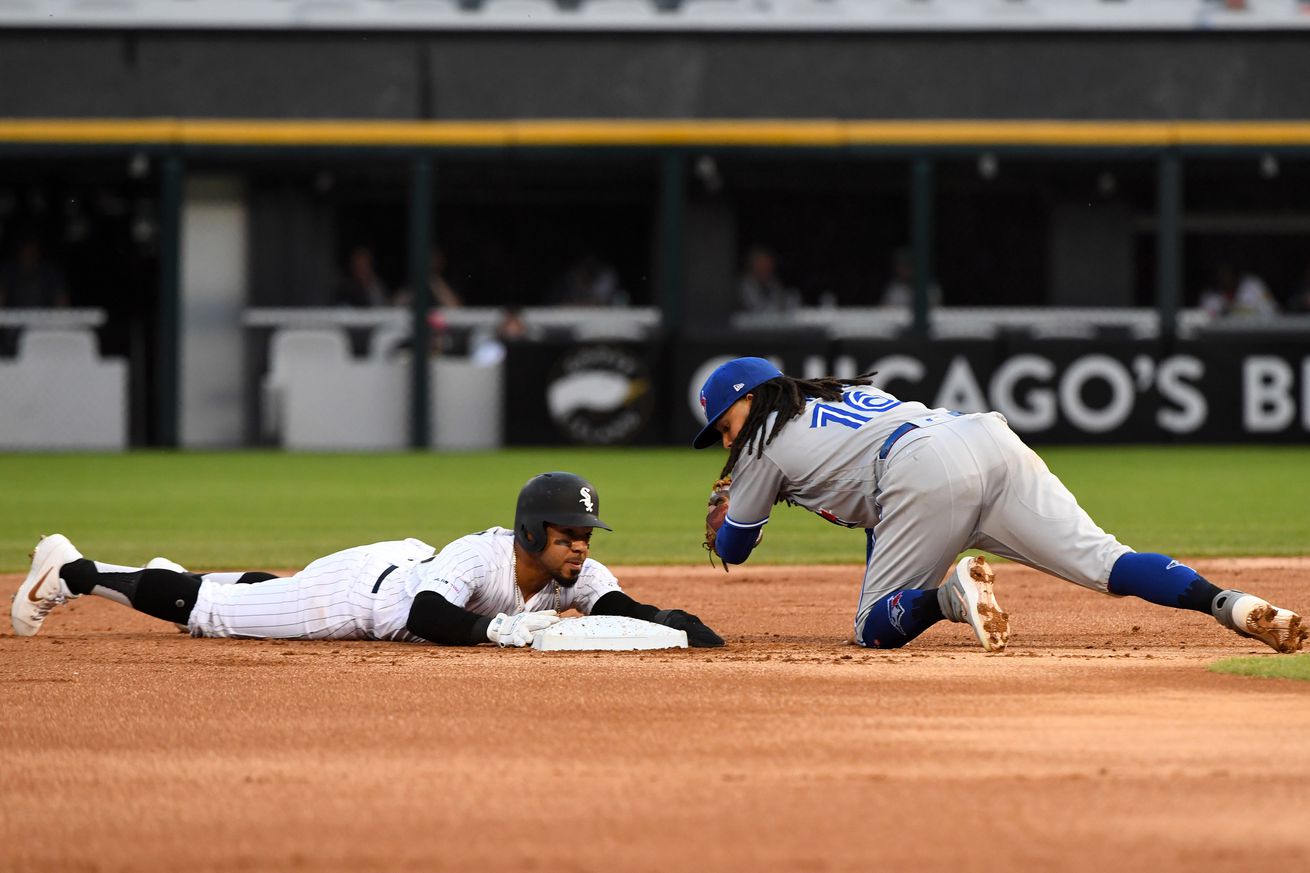 The Blue Jays continue to their 4 game weekend set in Chicago with game 2 against the White Sox tonight. Gametime is set for 8:10 ET at Guaranteed Rate Field.

Right hander Aaron Sanchez makes his 10th start of the season. Sanchez faced off against this same White Sox team his last time out on Mother’s Day. He was pretty good in 5 of his 6 innings, surrendering 4 hits and a pair of walks outside of the ill fated 4th inning. In that 4th inning, he allowed 5 runs, all coming on singles and home runs. Yonder Alonso touched him up for the 2-run shot first, and then Tim Anderson came along 3 batters later for the 3-run home run. Those 5 straight White Sox batters all got hits and all scored, but otherwise Sanchez was able to keep the White Sox off the board.

There were two very encouraging signs from Sanchez in that one. The first is that he issued just 2 walks over 6 innings, tying a season best for lowest walk rate. Sanchez also struck out 11 in this one, the third time in his career he has reached double digits in strikeouts, and the first time since September 2016.

The White Sox will counter with veteran right hander Ivan Nova. Nova is 2-3 with a 6.29 ERA, but that number looks a lot better than it did before the Jays saw him last Saturday. Nova entered play against the Jays with a 7.04 ERA, but unsurprisingly had a pretty great game against a very weak Blue Jays’ lineup. He allowed just 1 run on 5 hits through 6 innings, walking and striking out 3. Randal Grichuk touched him up for a home run for the Jays’ only run.

That was actually the 4th time this season that Nova has gone 6+ innings while allowing just 1 run through 8 starts on the season. That makes his 6.29 ERA very impressive for someone who can boast a 1.38 ERA in half of his starts. That means that when he has failed, he has failed spectacularly.

Rowdy Tellez had the night off last night, and has had just one start in 3 games this week due also to the NL games earlier in the week. Hopefully the time off has helped clear his mind and give him a bit of a reset, because he has been struggling recently. His last home run was May 1, and since that game he has hit just .238/.256/.310 in 43 plate appearances, striking out 15 times and walking just once.

Billy McKinney, who hit a double last Saturday against Nova, will look to take advantage of his newfound playing time now that Teoscar Hernandez has been optioned. McKinney made a great play up against and into the wall the last night, so one has to wonder if he’s feeling the repercussions today and may not be in the lineup tonight. If that’s the case, infielder Brandon Drury would likely be the one that would slide out to LF.

Tim Anderson sat out yesterday, but that appeared to just be a day of rest. The young shortstop is having a breakout year so far, hitting .320/.350/.513 with 8 home runs and 13 stolen bases, while having fun and and actually showing it on the field. I hope the Jays don’t do anything stupid like try to bean him if he hits another home run this series and admires it.

Yoan Moncada is also enjoying a breakout season with the bat, hitting .280/.339/.512 with 9 homers and 4 stolen bases, with a batting average 40 points above his career average and a wRC+ (127) about 30 points higher than his career average. If he can continue down this path, the 23 year old may finally start living up to the immense potential that followed him over from Boston in the Chris Sale trade.

James McCann also sat out yesterday’s game, and he too is off to a great start to his season, especially relative to his career. Through 99 PA, McCann is hitting .366/.404/.581, good enough for a 165 wRC+, which especially impressive considering the 28 year old entered the season with a career wRC+ of 80.

Christian Yelich hit 2 more home runs yesterday while also chipping in a double to earn the Monster Bat award. Last year’s NL MVP has upped his Major League leading HR total to 18, a ridiculous start to the season for the 27 year old that has baseball writers all over waxing poetically about his numbers, especially since last year’s ASB break. Anyway, Yelich’s big night helped his Brewers knock down the Phillies 11-3.

Chris Bassitt made it through 8 shutout innings, allowing just 4 hits and 2 walks while striking out 7 to earn the Pitcher of the Day award. His excellent start wasn’t overly necessary, as his Athletics walked all over the hometown Tigers 17-3.

Ian Kinsler launched a huge 3-run home in the 7th inning last night, turning a 2-1 deficit into a 4-2 lead. His Padres would hang on for the 4-3 win over the visiting Pirates, thanks to Kinsler’s .470 WPA hit, which made up more than the entirety of his WPA King total of .438.

Check back before 3 pm ET for the clue.