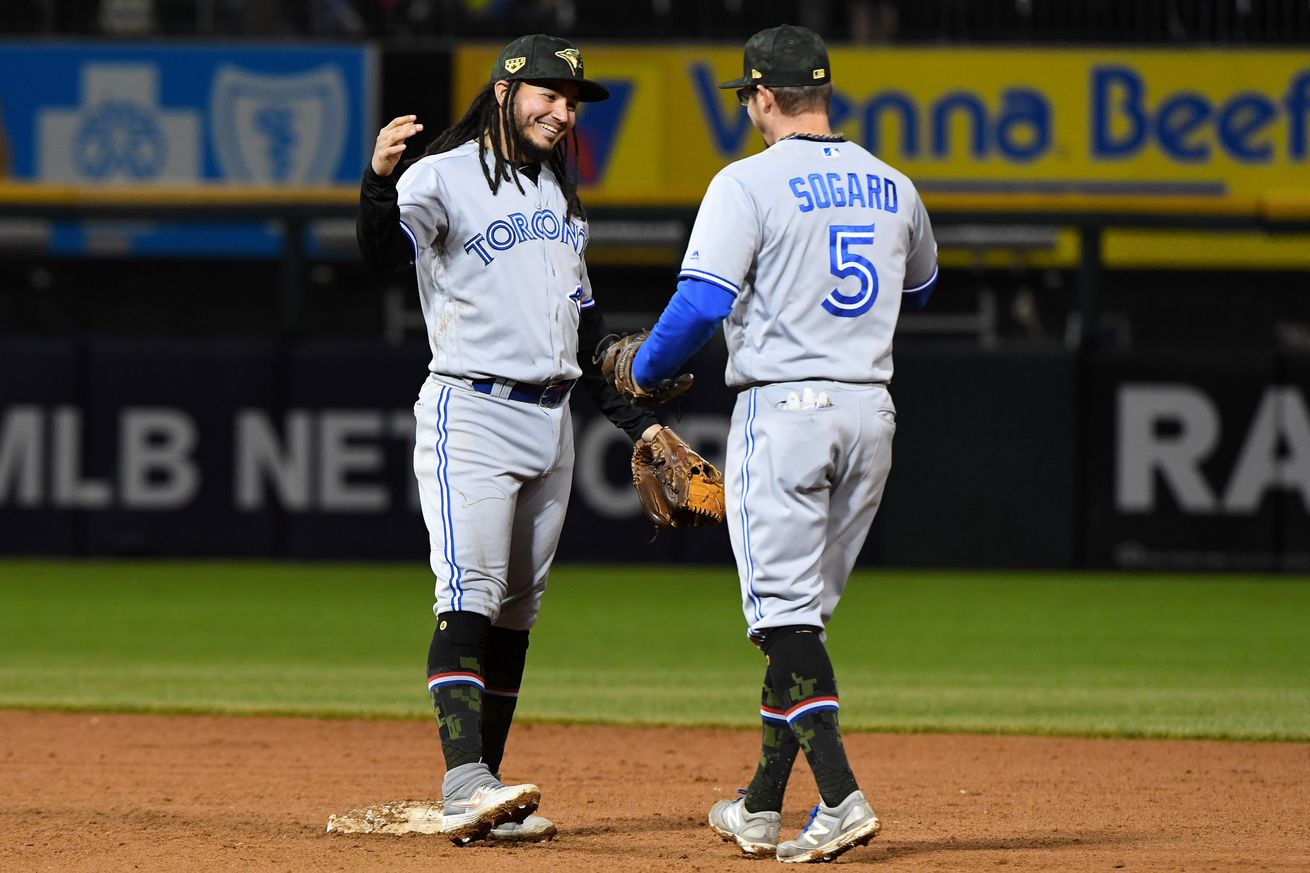 The offense came alive last night, giving the Jays just their 4th win of the month. Today they’ll try to win consecutive games for the the first time since they left Oakland, back when they were a 14-14 ball club. Today’s game gets underway shortly, starting at 2:10 ET.

They have yet to announce it, but it appears Ryan Feierabend is making the start for the Blue Jays in this one, as the Bisons’ starter has been announced as Clayton Richard instead of Feierabend. I’m sure this announcement, as well as the Jays’ lineup, will be posted right after I publish the article.

The 33 year old Feierabend comes over to the Blue Jays after spending the last 4 seasons in Korea, where the lefty picked up a knuckleball as part of his repertoire. The Jays haven’t had a lefty at the Major League level since R.A. Dickey left us after the 2016 season, so we’ll get to the magic of the dancing baseball once again, this time from the other side of the mound.

Feierabend made 3 starts for the Bisons, throwing 16.2 innings while striking out 13 and walking 6. He was touched up for 3 home runs, but was able to otherwise keep opponents off the board to the tune of a 2.70 ERA, although there were also 3 unearned runs that came in as well.

Giolito started against the Jays last Sunday, and pitched a great game. He made it through 7 innings, allowing just 1 run on 4 hits, walking 1 and striking out 8. By game score, that was his second best start of the season, only behind the one before that when he made it through 7.1 shutout innings against Cleveland.

They mentioned on the radio broadcast last night that Brandon Drury has a deal with Charlie Montoyo – if Drury gets a hit, he’s in the lineup the next day. If he gets 2, he’s batting 3rd. Drury ripped his 7th double of the season yesterday, but he was not able to get another hit, including a deep drive to CF that just barely stayed in the ballpark and found a glove. So look for Drury to be in the lineup, just not batting 3rd.

Luke Maile was a late scratch last night, but I think it may have just been that they wanted him to catch the knuckleballer today, and making him do that in a day game after the night game is probably restricted by the Geneva Convention. So look for Maile to be behind the plate, dancing around this afternoon.

This appears to be their standard lefty lineup, with Anderson up in the 2 spot of the order.

Kris Bryant hit a home run in each of the 7th, 8th and 9th innings, while also hitting a single in 6 plate appearances to earn the Monster Bat award. If someone is going to hit home runs in 3 straight innings, his team is probably going to win, which the Cubs did, 14-6 over the Nationals.

Frankie Montas made it within 1 out of a complete yesterday, getting lifted after surrendering an RBI double, but that’s still good enough for the Pitcher of the Day award. His final line was 8.2 innings, allowing 2 runs on 4 hits with no walks, striking out 10 in the Athletics 7-2 win over the Tigers.

Giovanny Urshela gets the WPA King title, continuing to build on the legend that he is creating in the Bronx. This reminds me way too much of the 2013 Yankees, where has-beens like Kevin Youkillis, Travis Hafner and Vernon Wells, all playing in the final season of their careers, helped the Yankees to a 16-10 April. Anyway, Urshela hit a walk-off single last night, giving the Yankees the 4-3 win over the Rays and taking over sole possession of first place in the AL East. Urshela’s WPA on the day was .356.

Find the link between Giolito and Max Fried.