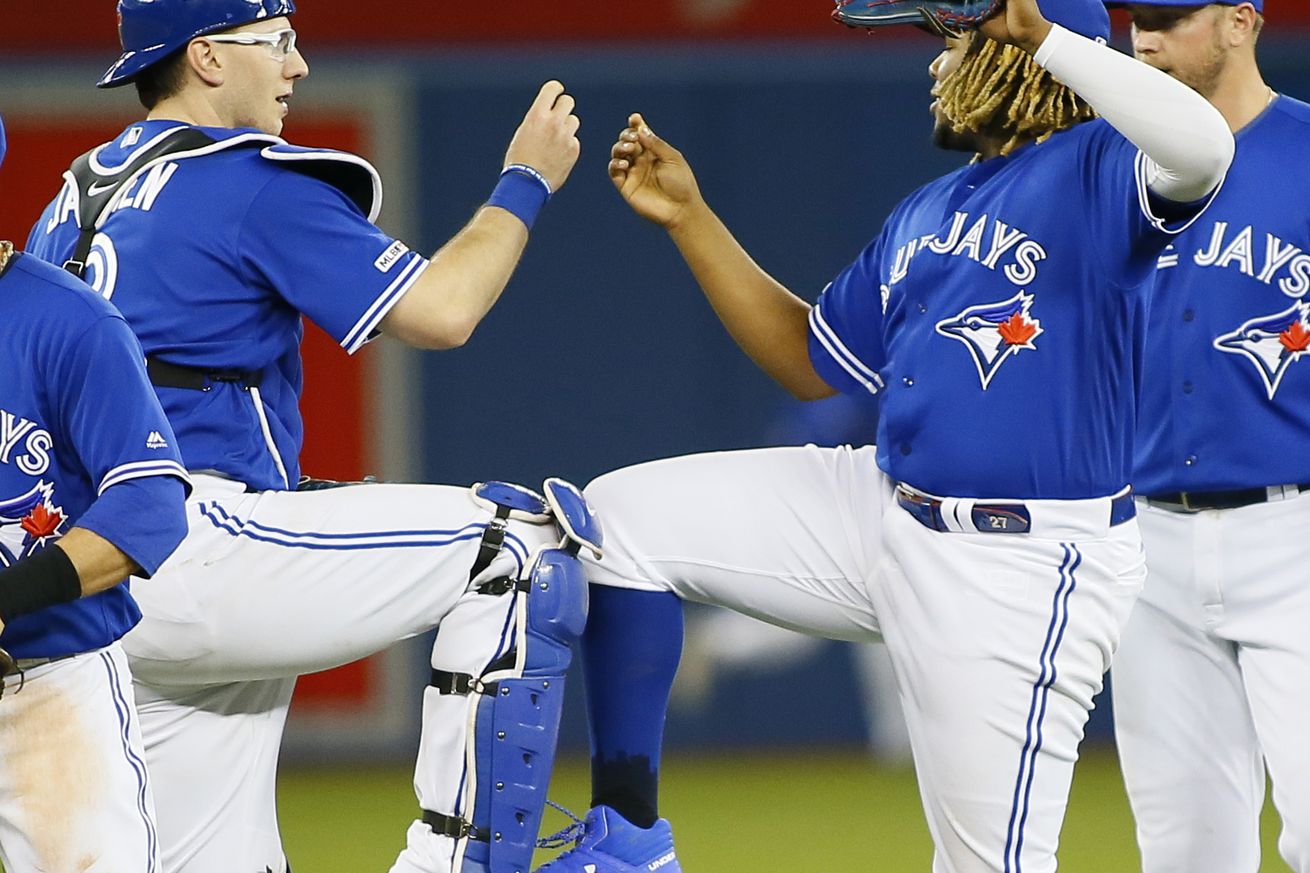 It wasn’t exactly a massive power surge, but an early offensive breakout after a week of offensive doldrums was enough to lift the Jays to a 4-3 win Friday night. The first win since last Friday night when they edged out Texas in 12, and just the second of the month of May (and for that matter, second win in three weeks against a team not named Oakland).

They jumped on Dylan Covey right from the get go, though arguably left runs on the board. On the other hand, Covey almost wiggled out of the inning unscathed, as he erased a leadoff single from Eric Sogard on a 5-4-3 double play off the bat off Vladimir Guerrero Jr. That cleared the bases with two out, but then he issued back-to-back walks to Justin Smoak and Rowdy Tellez.

Randal Grichuk made him pay, with a three run homer run to stake the Jays to a lead they would not relinquish. That simultaneously broke stretch of 41 innings without putting a crooked number on the scorebaord, dating back to the fourth inning in Texas last Saturday. When Tesocar Hernandez went yard leading off the second, it made just the second multi-homer game for the Jays in May.

Unfortunately, that was the extent of the mini-breakout. Smoak walked his last three trips to the plate, with Teoscar adding a pair of his own, but the Jays didn’t come close to scoring until the bottom of the 8th when Tellez doubled with two outs after Smoak’s fourth walk, but the lumbering Smoak was unable to score.

Fortunately, with Clay Buchholzunable to go, the bullpen was up to the task of making that just barely stand up. Daniel Hudson has a rocky first, putting the Jays in an early hole on back-to-back doubles.

Thomas Pannone and Sam Gaviglio covered the next 4+ innings servicably, Pannone working 1.2 inning with just a single. Gaviglio went 2.2, the blemish being a leadoff home run allowed to Tim Anderson in the 4th. He began and ended his outing by striking out Jose Abreu.

The sixth was a dangerous inning, starting with a walk before the Abreu strikeout, bringing in Tim Mayza, who sandwiched a pair of strikeouts around another walk to strand two runners working through the heart of the order.

Ryan Tepera got into a jam in the 7th, allowing back-to-back singles. The White Sox opted to bunt with their 9-hole up, moving the runners to second and third for the top of the order. A bounceout got the run home, but Joe Biagini came into to strikeout Yoan Moncada to end the inning with the one run lead intact.

That was their last opportunity, as Biagini worked a perfect 8th and Ken Giles a perfect 9th. The White Sox played for one run in the 7th, got one run, and lost by one run. It was really good to Biagini so excellent after coughing up the lead a couple weeks ago and a rocky appearance last time out (in what has otherwise been an excellent season).

Tomorrow, Ivan Nova and Marcus Stroman at 3:07 PM. If the Jays ever needed a starter to go seven innings…