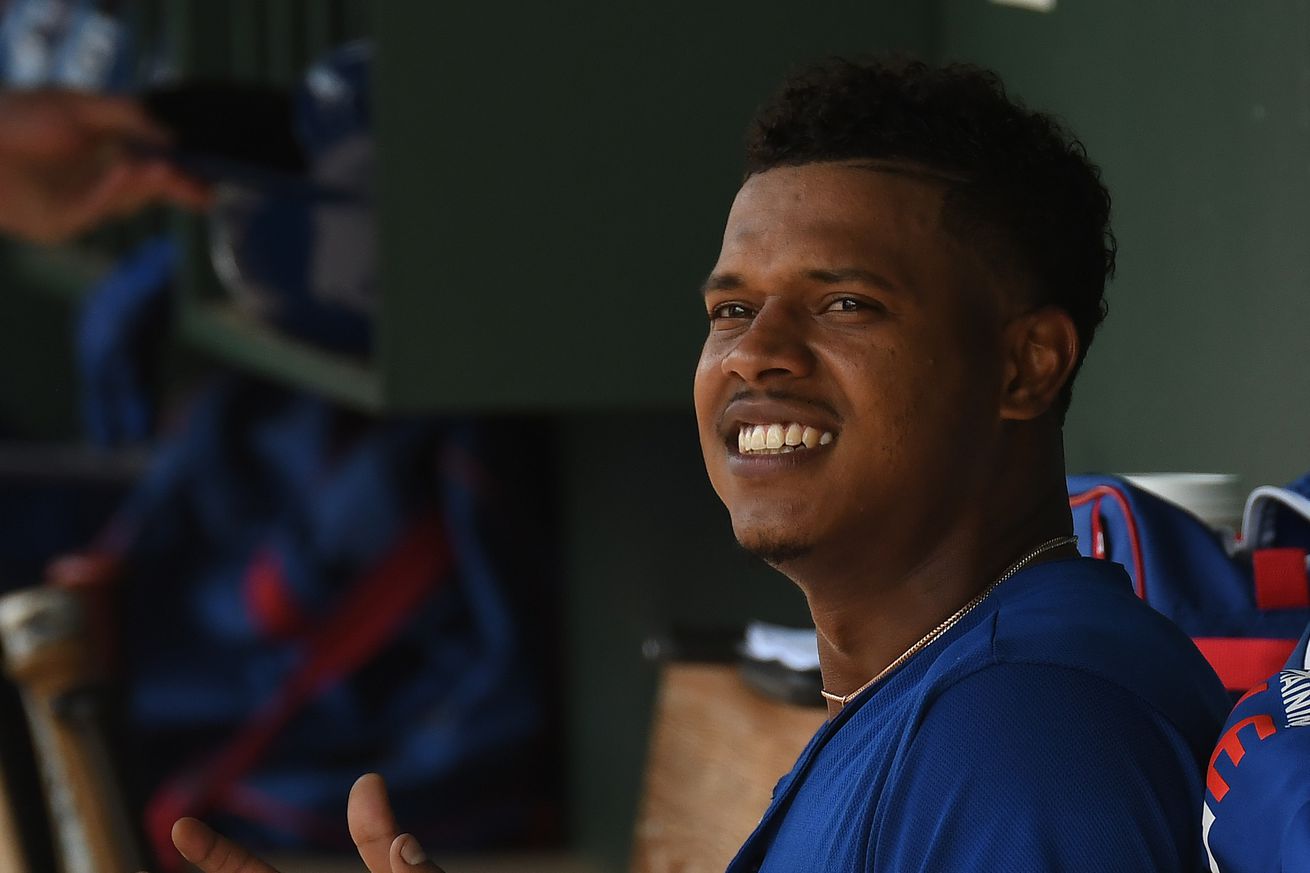 We have a few Blue Jays with birthdays today.

It is nice that we are seeing Marcus at his best again this year. 6 starts into the season he has a 1.43 ERA and is averaging over 6 innings a start. And he’s about to be named Blue Jays Player of the Month for April.

Marcus was first called up to the Jays on May 3rd, 2014. Brandon Morrow went on the DL with a torn tendon sheath in finger on his right hand and Marcus got his roster spot. For most of that May Marcus pitched out of the bullpen. He made his first MLB start May 31st getting the win, pitching 6 innings with 1 run ball. He threw a shutout Sept 8th against the Cubs, allowing 3 hits, no walks with 8 strikeouts.

And on September 17th Marcus was suspended for 6 games for throwing behind Orioles catcher Caleb Joseph’s head. There was a back story, in the recap Scott C. wrote:

Things got weird in the fifth inning, although they could have been weird before that but I wasn’t home yet you see so I have no idea. With Jose Reyes on second base after being called safe on the first half of a double play attempt, Danny Valencia singled him home. The Orioles catcher Caleb Joseph decided to block the plate with his left foot like the good ole days when that was legal, which resulted in Reyes getting his hand spiked. Reyes didn’t enjoy this and decided to get a little angry which didn’t appear to be a big deal at the time.

Fast forward to the bottom of the sixth when Caleb Joseph came up for his first at-bat since the spiking incident. If you don’t feel like watching the video, Stroman throws behind Joseph’s head and doesn’t exactly look sorry about it leading to the benches being warned.

I’m sure everyone will have a different opinion on this, but it seems just a little (a lot) stupid. There’s literally nothing to be gained from throwing at Joseph’s head, especially after what happened to Giancarlo Stanton just a few days ago. Stroman also jawed with the Orioles dugout and manager Buck Showalter as he was walking off the field after striking out the side. I guess it can be chalked up to a rookie trying to show he has his teammate’s back, but Stroman came out looking like a child that wanted an excuse to throw behind someone.

Afterwards Mark Buehrle talked to Marcus, apparently suggesting that he went about things the wrong way. I think he learned from the experience.

2015 would be a lost season, Stroman torn his anterior cruciate ligament during spring training and wouldn’t pitch until September. He did have a great September, going 4-0 with a 1.67 ERA.

Stroman had his best season (so far) in 2017, going 13-9 with a 3.09 ERA in 33 starts, throwing 201 innings. And, he hit a home run, becoming just the second Blue Jays pitcher to hit one (Mark Hendrickson hit the other on back in 2003). He finished 8th in Cy Young voting and won the Gold Glove. He was the starting pitcher in our Wild Card game win over the Orioles and made a start in out ALCS loss to the Indians.

Happy Birthday Marcus. Let’s get a win for his birthday.

Jackson came over to the Jays from the Mets in trade for Bob Bailor, in December of 1980.

He was a right-handed pitcher who went into our bullpen and become, kind of nominally, our closer. He had a 2.61 ERA with 7 saves in the strike shortened 1981 season, his best of 4 seasons with the Jays.

In four seasons he had a 3.50 ERA in 190 games, with 30 saves. He sits 14th on our all-time saves list. He wasn’t your typical closer, not a flame thrower. He wasn’t a strikeout an inning guy, averaging 5.4 strikeouts per 9 innings.

Charlie had a 15-year career as a good glove/poor bat catcher. 2 of those seasons were with the Blue Jays.

And pitchers loved him. Here is a bit of an interview I did with Pat Hentgen when I asked about the relationship between a pitcher and his catcher:

It is very important, my best year was with (Charlie) O’Brien who I felt was the best at knowing who to light a fire under and knowing who to pat on the back. I feel like that is a big part of it, there is no question, knowing a catcher and having the catcher know you and know what fingers to put down, is a great feeling for a pitcher. There is nothing worse than being out on the mound and the rhythm is off. He’s not calling the pitch you are thinking of and he keeps going to your third pitch and you got to shake twice to get to it. That stuff becomes frustrating, when you are pitching. Especially if you are pitching 6, 7 innings every fifth day. If you are logging 200 innings it is a lot smoother if you have a catcher that is on the same page as you. I think that is why Doc is complimenting this guy because a) he has been in the AL all his career and doesn’t the hitters that well and b) he apparently he likes to throw to this guy. Remember he is the type of guy that’s going to give the limelight to other people. Doc’s not a guy that likes to do press conferences, not a guy that likes all that attention. He likely to go under the radar as you well know.

But I’m not saying anything against Ruiz. Obviously Doc likes throwing to him, he has thrown 2 no-hitters and he’ll win another Cy Young. But I think I could go catch Doc and he’d win a Cy Young (laughs).

It is also Rich Butler’s 46th birthday today. Rich was an outfield prospect for the Blue Jays in the 1990s. Well, prospect might be overstating things. Rich was signed as a non-drafted free agent, but was born in Toronto, so we had a little extra hope for him.

In all he had 86 MLB games, which isn’t bad for a player who wasn’t drafted.