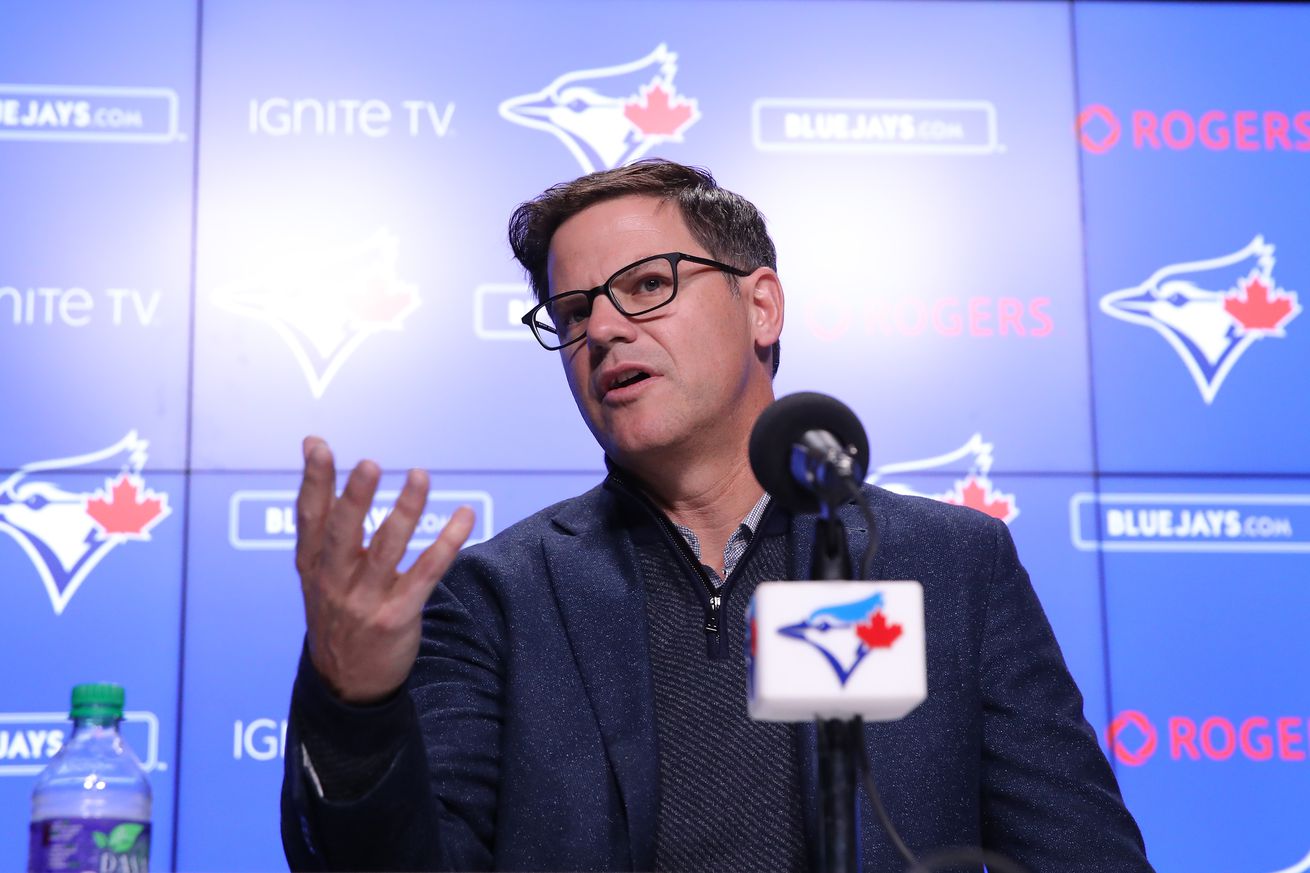 Ben Nicholson-Smith, over at Sportsnet.ca, tells us that the Blue Jays have extended GM Ross Atkins contract beyond this season.

There isn’t much for specifics. Ross’ contract was up at the end of this season, but Ben doesn’t know if it is a one-year extension or a multi-year deal.

Under Atkins the team has gotten younger (though it would have been hard for it to get older). He has dumped a number of higher paid veteran. And we aren’t carrying much payroll into the future. Randal Grichuk’s contract is the only one that’s guaranteed for the next few years. That might not have been the best signing, but it shouldn’t cripple us. Oh, and Lourdes Gurriel, but he won’t be making all that much money. Beyond that there should be fair bit of financial flexibility in the future.

Since taking the job he has been trying to add controllable players. The ‘big signings’ haven’t gone well. Morales ($22 million) and Jamie Garcia ($10 for one year) didn’t work out. On the other side, I hated the signing of Freddy Galvis and it has worked out well.

I think the trade that brought us Ken Giles (with Hector Perez and David Paulino worked out well considering the circumstances. The Donaldson trade, on the other hand, doesn’t look as good. But we have picked up a number of controllable players in trades.

The team has changed a fair biton the play development side. And I like that they are paying their minor leaguers more (though I’m not sure how much of that was Atkins’ doing). The team is doing more analytics work than ever before (again, I don’t know if that is because of Ross).

Our minor league system has improved a lot in the time that Ross has been GM.

I don’t really have strong opinions on Ross. I think we are in a place where the rebuild could go well. How he handles this trade deadline will be interesting. I know there are enough folks that hate on everything the front office does, I find that boring. If you don’t think the front office can ever do anything right, it really doesn’t make for much of a conversation.