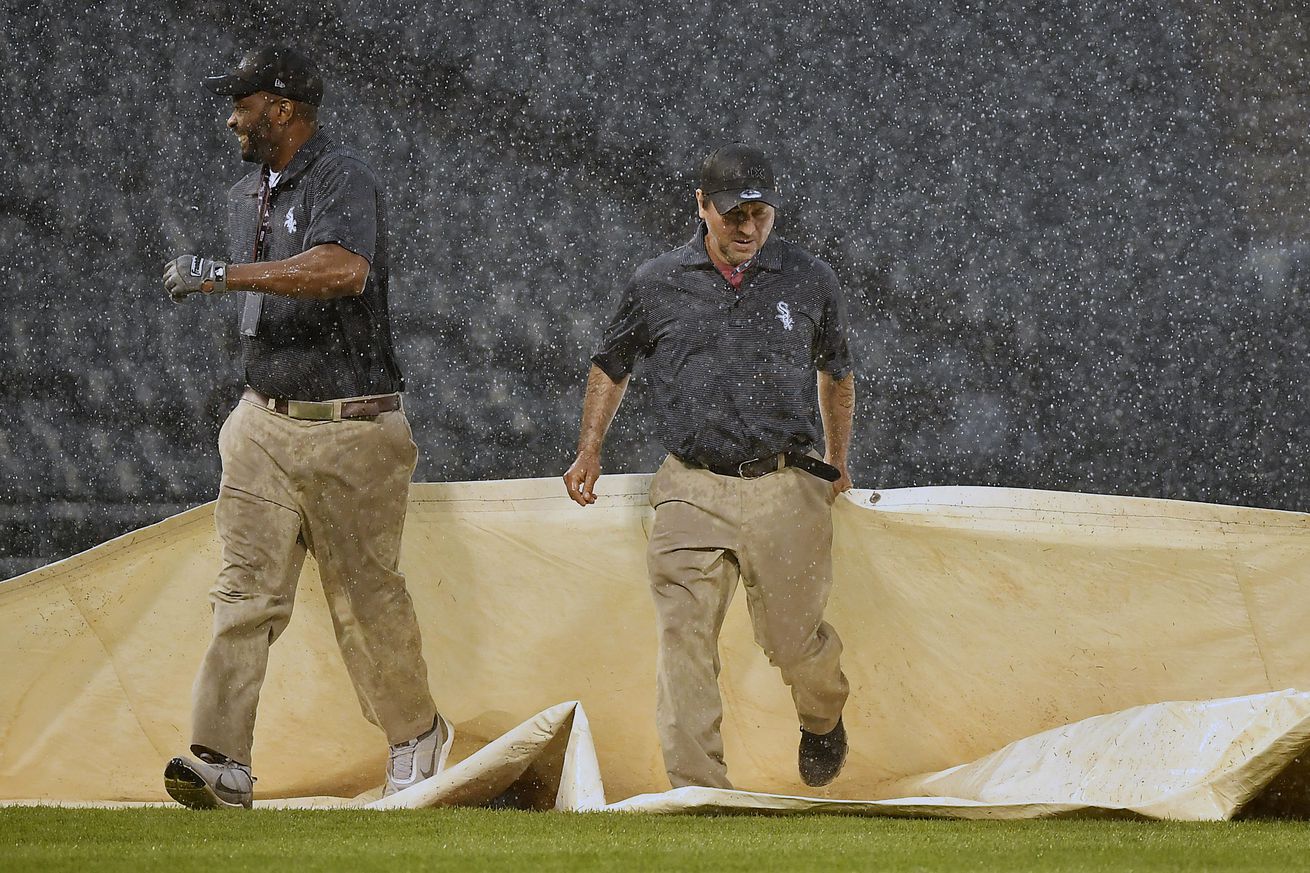 After a 3-hour rain delay, they have finally called the game, just moments after we were told they were taking the tarp off. 3 hours to decide to call it.

Ryan gave up a home run to the first batter he faced. In the second inning he gave up a double and a couple of singles which added up to 2 runs. The third inning started out with a couple of singles that fell in front of our corner outfielders. Joe Siddal mentioned, and I thought so too, that the outfielders could have made a bit more of an effort. They weren’t line drives that would have gone to the wall if there was a dive and miss. Another single just out of the reach of Richard Urena scored a run. The inning ended on a nice sliding catch by Billy McKinney in left. He had a nicer 4th inning, one runner reached on a Vlad Jr. error.

Ryan wasn’t good, he didn’t miss many bats, but he did have some bad luck too.

On offense we had only 3 hits in our 5 innings.

We got our run in the 2nd inning. Rowdy Tellez led off with a check swing single and, an out later, Freddy Galvis doubled. A broken bat ground out from Brandon Drury scored Rowdy.

It looked like we might score in the 3rd. With one out we got back-to-back walks from Tellez and Randal Grichuk, and it looked like White Sox starter Lucas Giolito had lost the strike zone. But then we got popups from Galvis and Drury and that was the inning.

Our three hits came from Rowdy, Galvis and Vlad.

We had 471 comments in the GameThread. Not bad for 5 innings. I led the way.