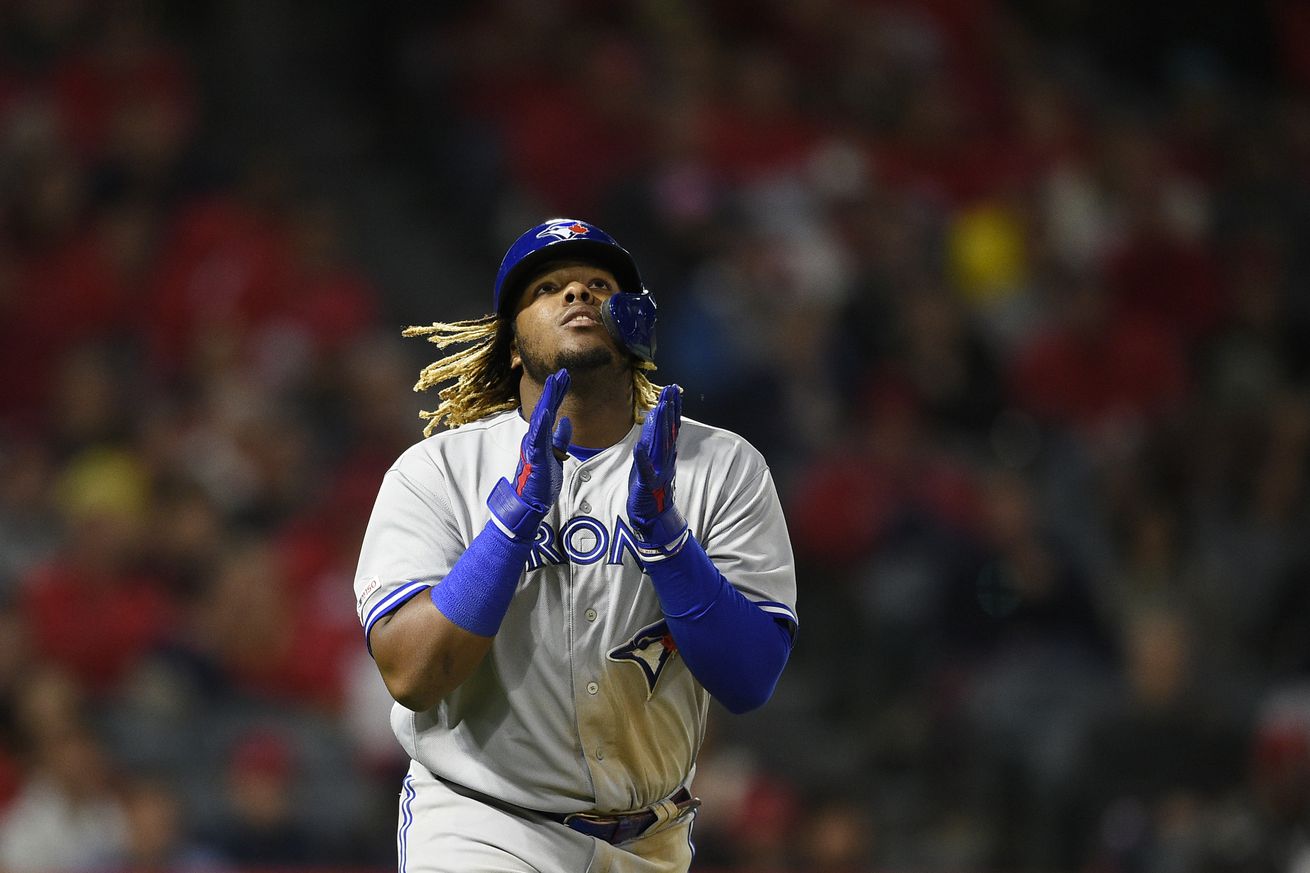 Let’s start with the important stuff. Vladimir Guerrero Jr. was 0 for 2, with 2 walks (including a walk to lead off the 9th) and a strikeout.

That walk in the 9th could have been a big moment. Charlie brought Alen Hanson in to pinch run for him, but Rowdy Tellez quickly hit into a double play. Brandon Drury followed with a strikeout to end the game. Strike two, on Drury, was low and off the plate, and Drury was pissed off. Next pitch was down the middle and Drury didn’t swing. I’m more ok Vlad being pinch run for there, though I’ll admit I’m not sure that Hanson is all that much faster than Vlad. In that spot I’d likely go with Brito, but Charlie uses Hanson because he came play third.

Jays starter Clay Buchholz wasn’t great. He went 5 innings, giving up 6 hits, 2 walks, with 3 strikeouts, but just 3 earned. It could have been worse, he stranded a lot of base runners. We really need him to be more efficient, he threw 95 pitches in those 5 innings.

Sam Gaviglio pitched a nice quick 6th inning, on 13 pitches. I thought he could go another but Charlie didn’t agree.

Tim Mayza pitched the 7th, and did a nice job, a clean inning with 2 strikeouts.

Ryan Tepera only allowed one hit in the 8th, but it was a home run. It would have been a 2-run homer, but Teoscar Hernandez made a very good sliding catch to rob Mike Trout of a hit just before Brian Goodwin’s homer. Tepera has a 6.75 ERA in his 6 games since coming off the DL.

On offense, we had some troubles against Angels’ starter Griffin Canning (making his first career start) early, but scored a run off him in the 4th inning and 2 more in the 5th. Unfortunately, that’s where our scoring ended.

In the 4th inning, we loaded the bases on singles from Freddy Galvis and Randal Grichuk, plus a walk from Justin Smoak to bring up Vlad. A run scored on a wild pitch, but Vlad ground out and Rowdy struck out.

Brandon Drury started our half of the 5th inning with a home run, his 5th of the season. Teoscar followed with a double. A Luke Maile fly to deep right moved Teoscar to 3rd and he scored on Billy McKinney’s ground out.

We only managed 5 hits on the day. Grichuk had 2, and Galvis, Drury and Hernandez had one each.

Eric Sogard came out of the game in the 5th inning, with what we were told was an “illness”. Sogard was part of the most interesting play of the game. In the 3rd inning with Justin Bour on second and Mike Trout on first, Goodwin hit a ground ball that Sogard made a nice sliding stop on, but then Eric threw it, from his knees, well wide of Buchholz running to cover first. I don’t think Buchholz would have beat the runner.

That’s where it got fun. Bour stopped at third base (though he could have made it home easy). Trout figured Bour would go for home (and didn’t look to make sure) and both were near 3rd base when Buchholz picked up the ball. Buchholz threw to second (where Tellez was covering) and Tellez tagged Trout, for the 3rd out of the inning. Bour went for home when the Jays threw behind Trout, but the out was made at second before Bour could cross the plate.

We had 609 comments in the GameThread. DangYouToHeck led the way.