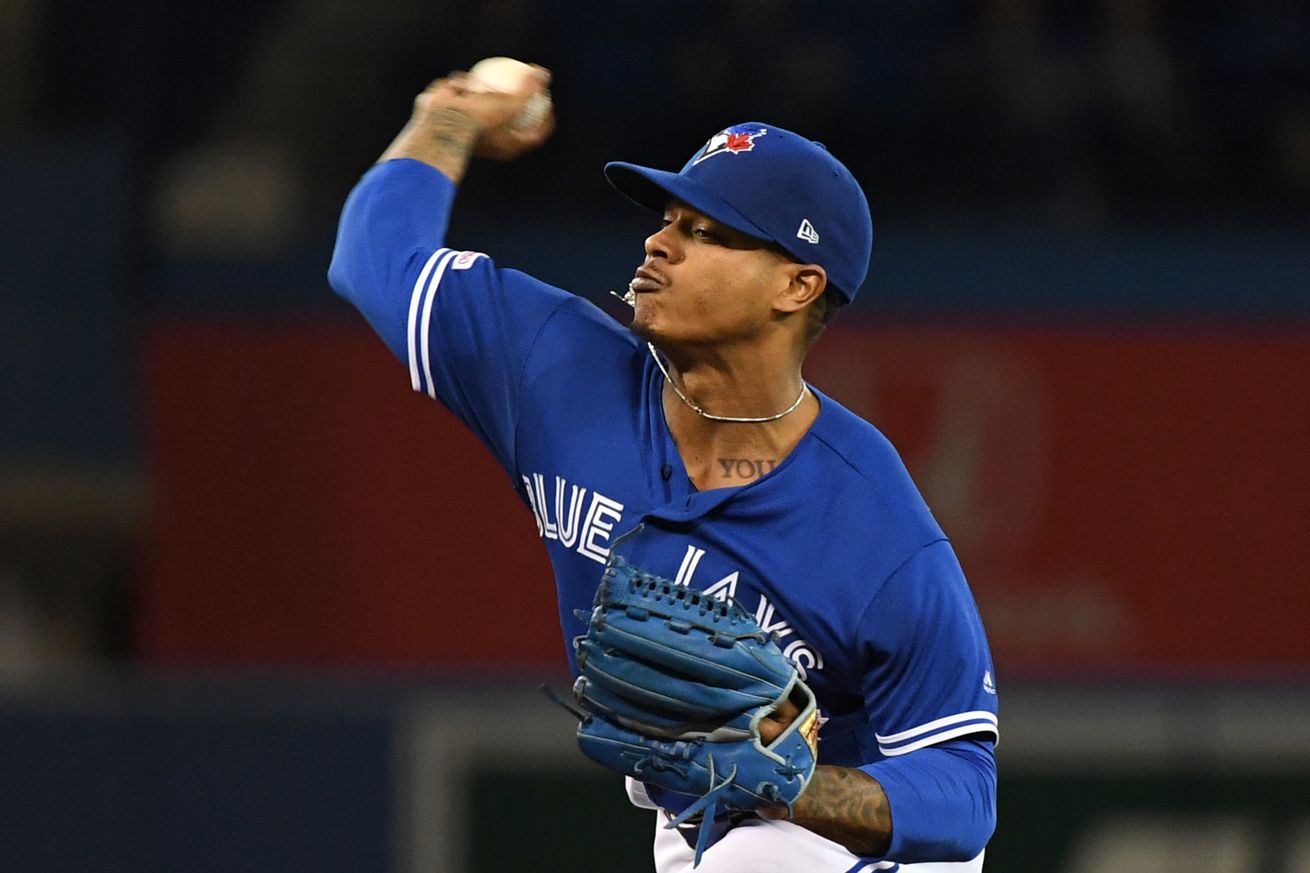 If his team could score for him, we’d be very pleased. It is strange that there is always the one guy that seems to suffer for run support.

I thought I’d ask the question: Would you extend or trade Marcus?

I know it depends on a lot of factors that we have no way of knowing. I’d imagine other teams would be very interested in trading for him at the deadline. You would think we’d get some pretty good offers, but who know. I’m always of the opinion that I’d trade anyone if the offer was good enough.

And, on the extend side, we have no idea what Marcus would be asking or if he might rather go the free agent route (though if he’s been paying attention to how things have been going for free agents, the last couple of years, I’d think he’d be motivated to take an extension.

Does he want to stay in Canada? He always says the right things about loving Toronto and Canada, and he has built his brand here. If he moved somewhere, he’d have some work to do to get to the same level.

He’s just turned 28 so a 5- or 6-year extension wouldn’t be a terrible gamble (but then every long-term contract to a pitcher is a gamble).

Marcus is a bit older than Vladimir Guerrero Jr. and the team has said they would like to find players in Vlad’s age range, but I don’t see anything wrong with keeping an good veteran pitcher. If we were to trade him, we would have to come up with another starter for those next 5 years.

I’ve seen a lot of people on Twitter saying extend Stroman, trade Sanchez, but that ignores the fact that Aaron’s trade value is no where close to Marcus’. If I’m another team, I only trade for Sanchez if I can get him cheap, and I like Sanchez.

Marcus does come with some baggage (don’t we all). I tend to ignore all this stuff. I’ve watch baseball for long enough that I’ve seen guys like him before and I don’t think it is a problem. On the other hand, I’m pretty sure that if I was in the clubhouse everyday, he might be the one I’d want to sit furthest from. I’m sure there are times when he grates on the nerves of his teammates.

I don’t think either answer is wrong, but, as a fan, I’ve enjoyed watching Stroman, I’d be sad to have that end. I think there is a value to keeping some links to the past and some faces that the fans know.

Use the comments to tell us what you would offer in an extension or what you’d expect back in trade.