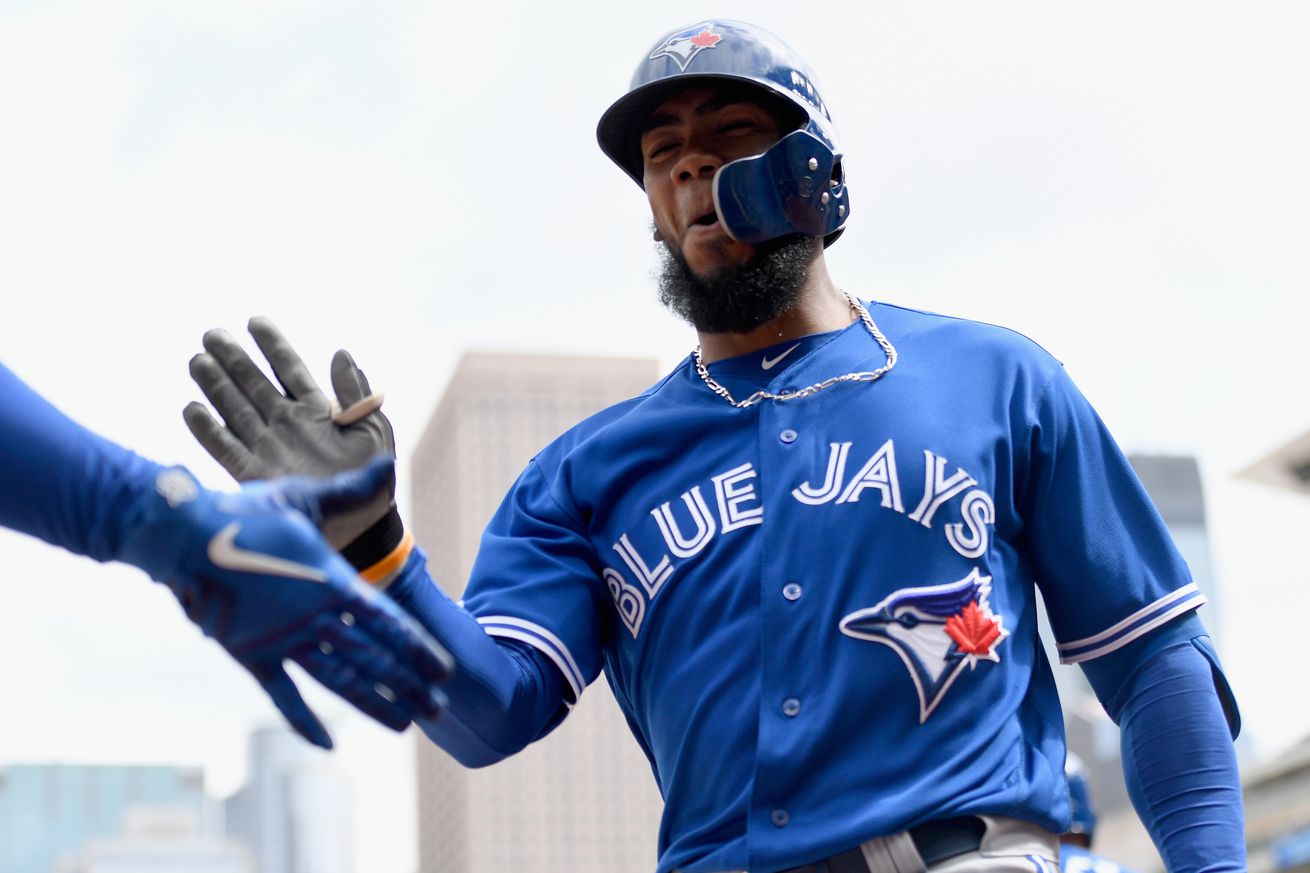 The Blue Jays have optioned Teoscar Hernandez to Buffalo. Richard Urena makes a return trip to the Blue Jays and will be available to play tonight.

Teoscar has had an awful start to his 2019 season, hitting .189/.262/.299 with 3 homers in 39 games. During spring we were told of a change in hitting philosophy for Teoscar. He was going to be more patient at the plate and cut down on the strikeouts. His walk rate is up a little (9.2% from 7.8 last year) and he is striking out a tiny bit less (29.8% from 31.2), but he hasn’t been showing the power that made him an interesting prospect in the outfield. His defense has looked much better, but when your slugging average is .299, and you are a corner outfielder, you aren’t helping.

I don’t know why they aren’t bringing up Biggio who could play outfield (though his bat has cooled off a bit of late) or someone else who could help out in the outfield.

Welcome back Richard. And Teoscar, I hope you find your swing back in Buffalo and that we see you again soon.

And the Jays have announced that Socrates Brito has cleared waivers and has been assigned to Buffalo, so the Bisons are picking up two outfielder today.