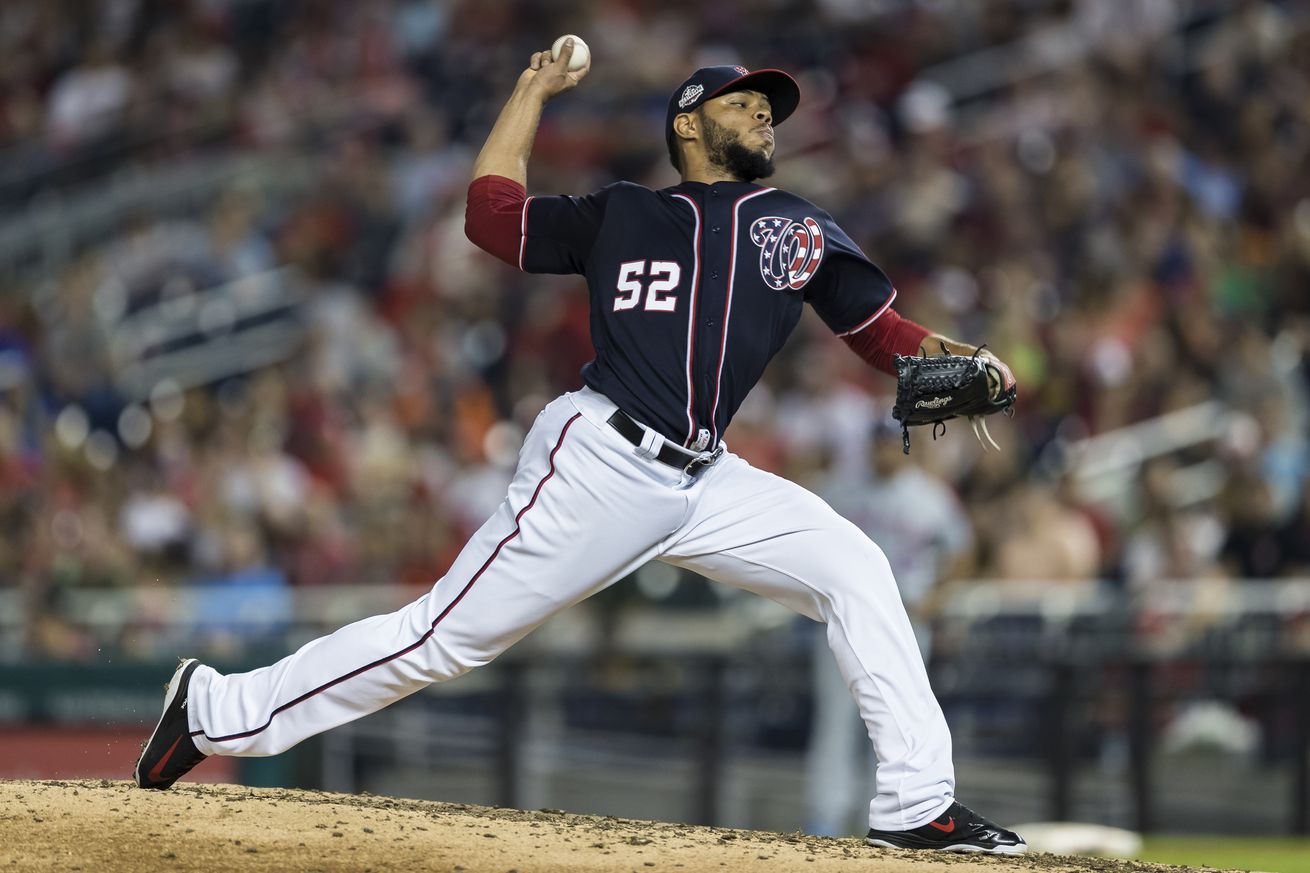 In case you missed it, yesterday the Blue Jays claimed Jimmy Cordero off waivers from the Nationals. Cordero is a 27-year-old right-handed reliever. He had a 5.68 ERA in 19 innings for the Nationals last year. He’s had good numbers in the minors last year, a 1.96 ERA in 46 innings. He allowed 43 hits, 12 walks with 53 strikeouts.

He throws a fastball that averaged 98.1 mph last year (FanGraphs), a sinker, curve, changeup and slider.

Seems like someone worth taking a look at. To make room on the 40-man, David Phelps has been moved to the 60-day IL. He would be eligible to come back on May 27th, but I don’t imagine that will happen.

Keith Law was asked about Nate Pearson in his Klawchat today. This is what he said:

Two-time top 100 guy – he already was one of the top pitching prospects in the game, certainly. On the right night you will see two pitches that are 70s. But he’s also being used judiciously, to manage his innings, and that may skew the results too – he threw just two innings his last outing, a planned short start, and so he’s not taking on the same workload (or pacing himself, or turning lineups over three times) that most starter prospects would. Doesn’t make him a worse prospect in any way, just a factor to consider when watching his line scores.

FanGraphs has an interesting post about Edwin Jackson. https://blogs.fangraphs.com/the-twists-and-turns-of-edwin-jackson/

They have two Jays with a chance at winning the AL Rookie of the Year:

Catching prospect Gabriel Moreno moved up to Lansing yesterday and homered in his first at bat:

He also had a triple, a single, and he threw out two base stealers. Not a bad Lugnut debut.