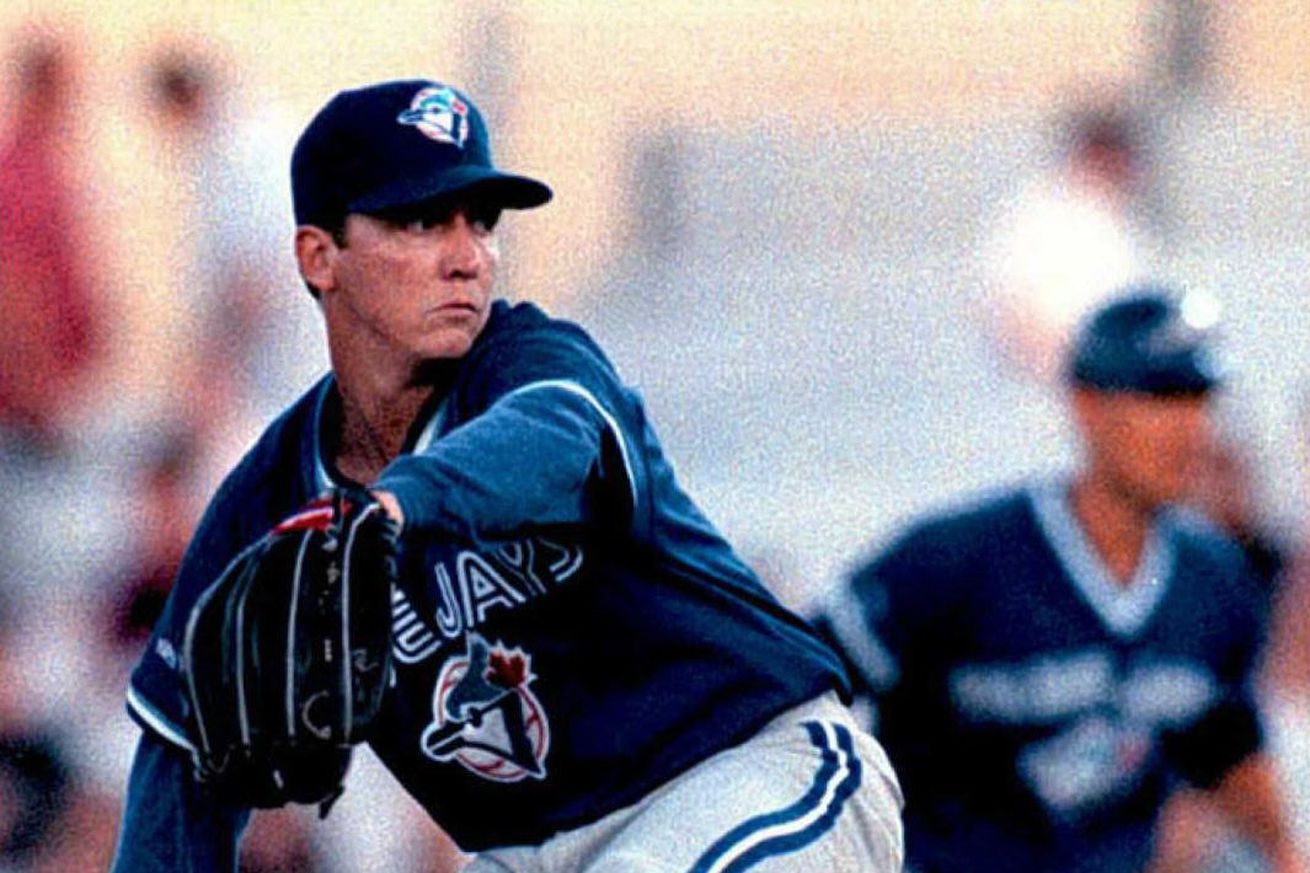 The Blue Jays traded to bring David Cone back into the fold. We picked up Cone for the playoff run in 1992. On August 27, 1992, we traded Jeff Kent and Ryan Thompson to the Mets for the stretch run. It worked out well, we won the World Series.

But back to this trade. In 1994 the season ended early because of a lockout/strike. The Jays weren’t great in 1994, finishing 55-60. The team that won back-to-back World Series, had aged.

The 1995 season started a little late, the lockout/strike pushed the start of the season to the end of April.

We had the makings of a pretty good rotation going into 1995. We had Pat Hentgen, Al Leiter, Juan Guzman. Add David Cone and we had a pretty good looking rotation.

After the 1993 season Cone signed a big free agent contract with the Royals. Cone got a three-year deal worth $18 million, $9 million of that was a signing bonus. In the first two seasons of the deal, Cone went 27-19, with a 3.17 ERA in 57 starts and 425.2 innings, but the Royals finished 3rd and 2nd in the AL East in those two seasons. Since Cone was making a fair bit of money, they figured they could finish out of the playoffs without him in 1995.

Gord Ash thought that Cone was the piece that would get the Jays back into the playoffs. He wasn’t.

Ash sent Chris Stynes, Tony Medrano and Dave Sinnes to KC to Cone. The latter two never made the majors. Stynes had a 10-year MLB career. He was never a star but he had a couple of pretty good seasons. Career he hit .275/.335/.399 with 51 home runs.

We packaged him off to the Yankees for Mike Gordon, Jason Jarvis, and Marty Janzen. Janzen was the only one of the three to make it to the majors. He pitched in 27 games, 11 starts over two seasons. He had a 6.39 ERA in 98.2 innings.

Cone and the Yankees made it to the playoffs in 1995 but lost out to the Mariners in the ALDS. The Yankees and Cone would make the playoffs the next 5 seasons, winning the World Series 4 times.

Neither trade really hurt (or helped) the Blue Jays, but they showed that Gord Ash didn’t have a handle on what the team needed. What we needed was to make the team younger and start a rebuild.