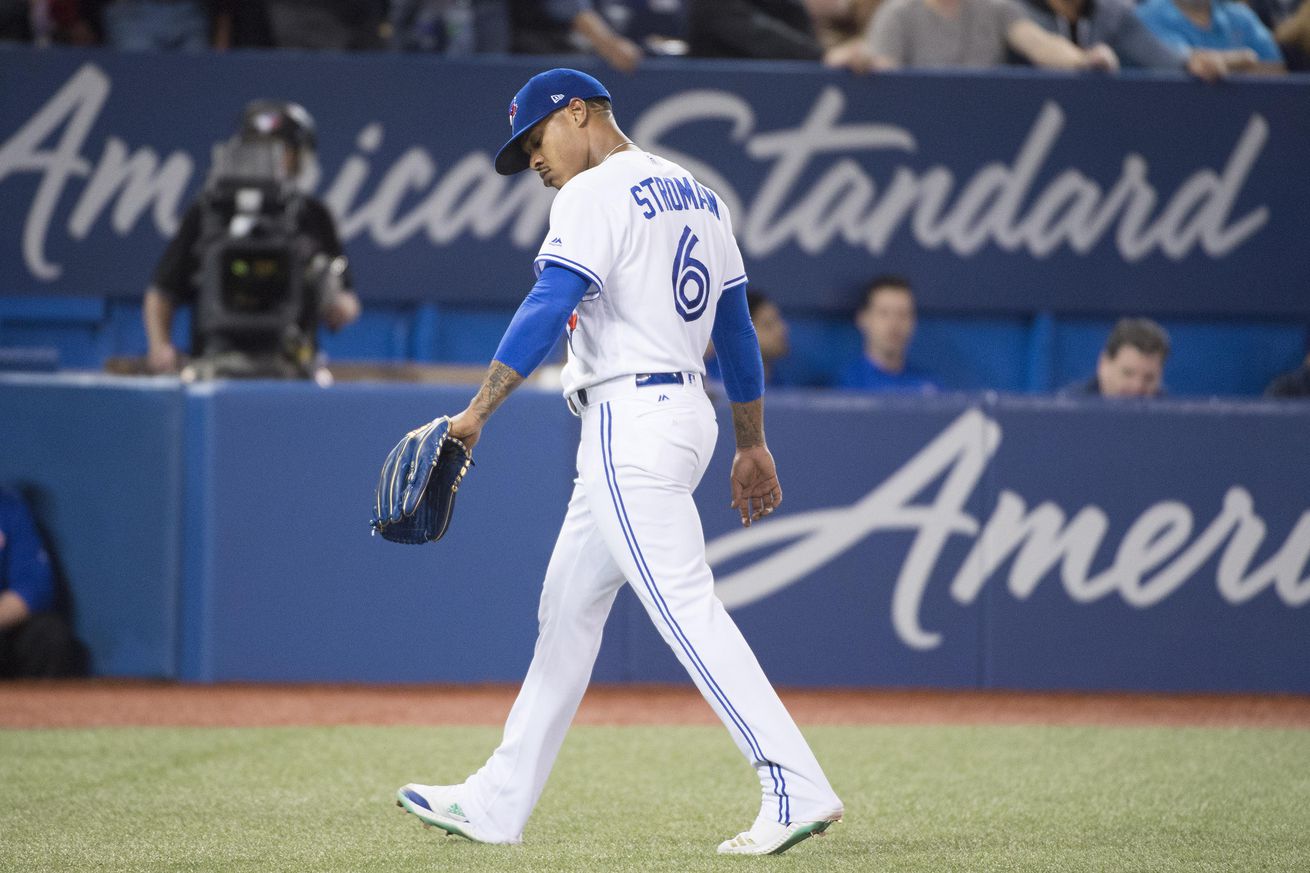 It is an open question as to whom had the worse night: the Jays, home plate umpire Adam Hamari, or anyone who watched the combined efforts of those first two. On second thought, it’s pretty clearly the latter.

By transitivity then, the best night belonged to Charlie Montoyo, who didn’t have to watch the last half after getting run by Hamari in the 5th for arguing the strike zone. It was a pretty awful zone, but realistically with how one sided things were, was not ultimately determinative of the outcome.

Offensively, the Jays were, well, offensively anemic to watch. Two hits, both singles, and two walks in total. One 0-for-4. Four 0-for-3s. Another 0-for-2. The lone scoring chance was in the fourth, after Freddy Galvis singled leading off and an out later Justin Smoak walked. That was snuffed out by Vladimir Guerrero Jr. grounding into a double play on a full count after chasing a couple of balls out of the zone. His other two trips to the plate were strikeouts. Everything sucks.

Marcus Stroman struggled into the 5th. He was battling the zone, but frankly just wasn’t sharp in allowing 8 hits and a pair of walks against a pair of strikeouts. He allowed an unearned run in the first after a pair of hits, and a missed pickoff throw by Galvis that allowed the runners to advance and then a run to score on a bounceout.

He limited that damage, but the Twins were back for more in the 2nd, a one out double by Jonathan Schoop and then a home run from Jason Castro. Two more in the 4th after a leadoff walk, another Schoop double, and an RBI out later a Byron Buxton double. A solo shot with out in the 5th by Eddie Rosario ended his night.

The bullpen thus had to eat another 4+ innings. Daniel Hudson was first in and servicable until Jorge Polanco torched him for a solo shot in the 7th. Sam Gaviglio was the best pitcher of the night, throw 1.2 innings with a hit-by-pitch the only blemish. Joe Biagini was decidedly not good, allowing a couple of hard hits, necessitating Thomas Pannone finishing the 9th since new bullpen ace Luke Maile was not available for a back-to-back.

On the bright side, Tom didn’t get any pitchers hurt.

Jays of the Day: (this section left intentionally blank)

Tomorrow, Jose Berrios and Aaron Sanchez with most of the BBB braintrust (or at least masthead) scheduled to be there in attendance for Loonie Dog night.