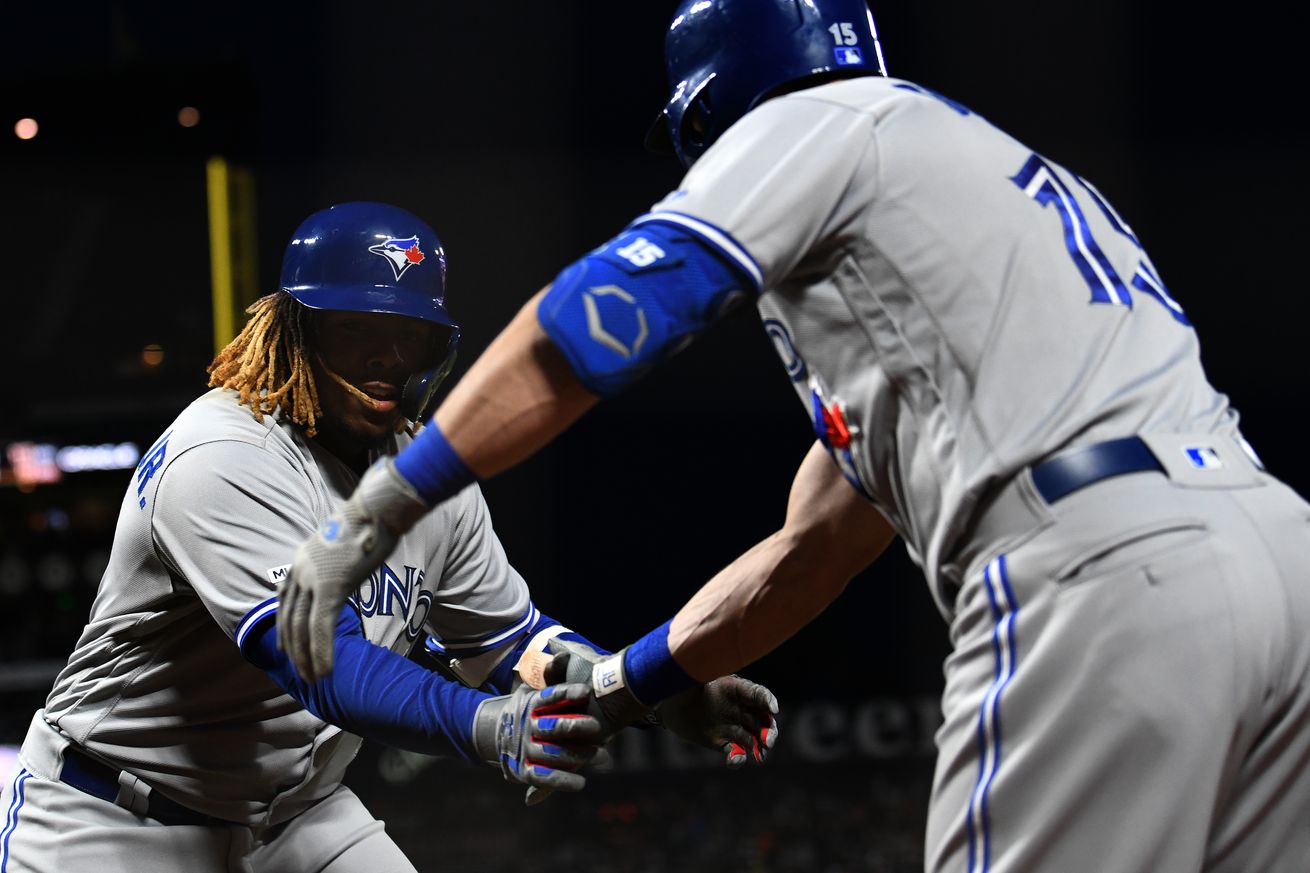 We got some hits today (feels like we had more hits tonight than we totaled in the 6 games I was at last week). 10 hits. and 7 walks. Vlad had 3. Sogard and Thornton 2 each.

Justin Smoak (with 2 walks), Jonathan Davis and Danny Jansen (1 walk) were the only starters without a hit.

Thornton wasn’t bad on the mound tonight as well. He went 5.2, allowed just 2 hits (one a Pablo Sandoval home run), 2 earned, 5 walks with 7 strikeouts. He was having some trouble finding the strikezone but he didn’t give up much for hard contact. He gave up a couple of walks in the 6th inning and Charlie took him out of the game. He was at 102 pitches.

So Trent had 2 hits and allowed 2 hits, so that’s like a no-hitter right?

There was a rather weird moment in the Jays half of the 7th inning. Billy McKinney hit a fly ball and Kevin Pillar turned the wrong way and then had the ball go off his glove for a 3-base error. That wasn’t the weird moment, though I can’t remember Kevin playing a ball that badly before.

With 2 outs and Jansen on first, Jansen went for a steal of second, Giants’ catcher Stephen Vogt bluffed a throw to second, McKinney started towards home. Vogt threw to third but McKinney got his shoulder in the way of the throw and then went home, but the 3rd base ump called him out for intentionally getting in the way of the throw. It is a call you rarely see, but it was the right call.

Suckage: Grichuk had the low mark at -.083. Much of that came in the 2nd inning. With the bases loaded, Randal got off to a 2-0 start, then chased 2 pitches out of the strikezone, before popping out on a full count pitch.

We had 655 comments in the GameThread. DangYouToHeck beat me out to lead us to victory.

At 20 years & 59 days old, the @BlueJays‘ Vladimir Guerrero Jr. is the 3rd-youngest player in MLB history to hit his first 2 career home runs in the same game.