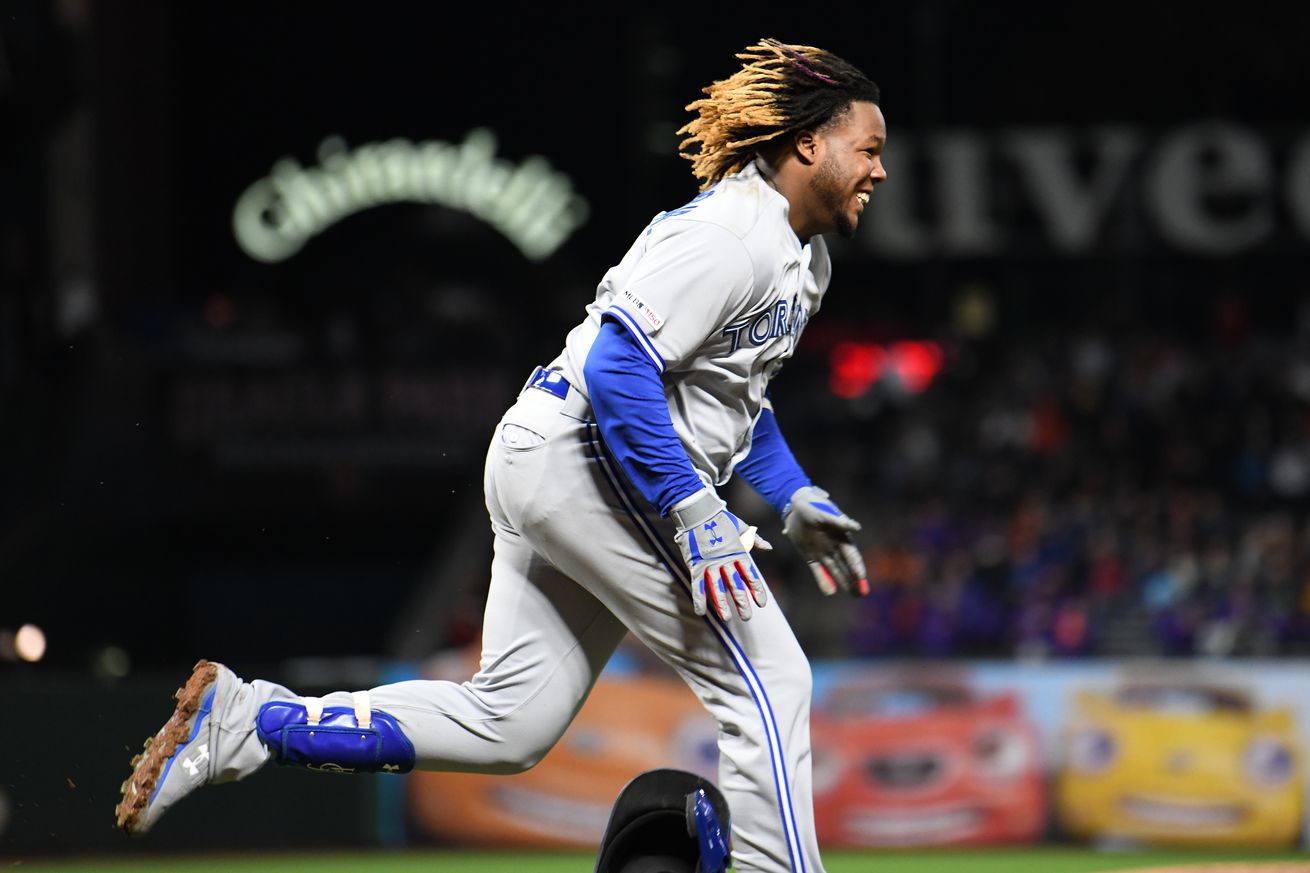 Taking a look at the Jays offense over the last two weeks.

We’ve averaged 2.3 runs per game over that time. That’s not really giving the pitching staff a chance to get wins.

He had a rather strange ‘caught stealing’ yesterday, getting hit by a ball thrown by the throw from the catcher. It is one of those that is rarely called, because who would want to get hit by a thrown ball, and if someone does get hit, the umpire has to decide it was done of purpose.

Since almost no one is hitting, I’d like to see Billy get more at bats.

Maybe not hot, but better than lukewarm. He had a terrible game last Wednesday, striking out 4 times and chasing pitches way off the plate. Then he hits home runs in each of the next two games. Started 8 games in CF and 3 in RF.

He’s been great in the last 4 games. He’s hit .429 in those games. He hits the ball so hard. He hit 2 foul in one of last week’s games, both well over 100 mph, one that hit someone in the stands. In the great ‘netting’ argument the nay side always says ‘you should be watching the game’, but when a ball comes at you at more than 100 mph, watching or not, you might get hit. His defense has looked pretty good, he’s made a couple of errors, but we are going to have to live with that, but his arm is great and he seems to be able to get to the balls he needs to. I wish he would have hit his first home runs last week.

Just 1 hit in 25 PA. He’s thrown out 18% of base stealers. There is a ton of stuff a rookie catcher has to learn, so it is understandable that hitting would be on the back burner for the first season, but he’s gotta hit better than this. He might be lucky that Reese McGuire isn’t hitting in Buffalo, cause if he was they might consider switching them for a bit and seeing if he can get the bat going. I hope they just let him get 400-500 at bats and not worry about how he hits.

3 hits in 46 PA. You know the slump is bad when Buck and Pat start talking about it. I’m hoping they give him a day off today. It would be nice to see him hit a bit better before the trade deadline.

He’s not been that bad, a .359 on base average is pretty good for a leadoff guy, it’s just that he was hitting so well when he first came up. This is really where we should have been hoping he’d hit. I wonder if there is a point where they will bring Cavan Biggio up to take his place. As always, it is a good plan to start hot, first impressions are very important.

Another who started so hot it takes awhile to notice that he’s not hitting great anymore. I enjoy watching him play defense. He was leading the team in home runs, but he hasn’t hit one since April 14th. Since then he’s hit .225/.242/.281. Hopefully there will be another hot streak soon.

He had a good stretch in there, and then Sogard came up, hit great and Brandon played less. Brandon has played 3 games in RF, 3 at second base and 2 at third.

He’s had one long cold streak this season. At some point the team is going to have to decide if he is going to stay in the majors or if he needs to go to Buffalo to find his swing. Right now I’d rather let Gurriel or Biggio play the outfield. His defense has been much better this year. Unfortunately I’d rather he hit well and played defense like he did last year. At least then there is a reason to have him in the lineup.

Jonathan Davis: He is 0 for 11 in his first 3 games, with 4 strikeouts. He’s hit a few balls hard. He’s looked good in the outfield.

Alen Hanson: Played in 1 game with 3 at bats in this 2 week period. In Buffalo now.

Socrates Brito: Played in 4 games, 2 starts. Had 1 hit in 9 at bats, with 3 strikeouts. He’s still in DFA limbo at the moment.