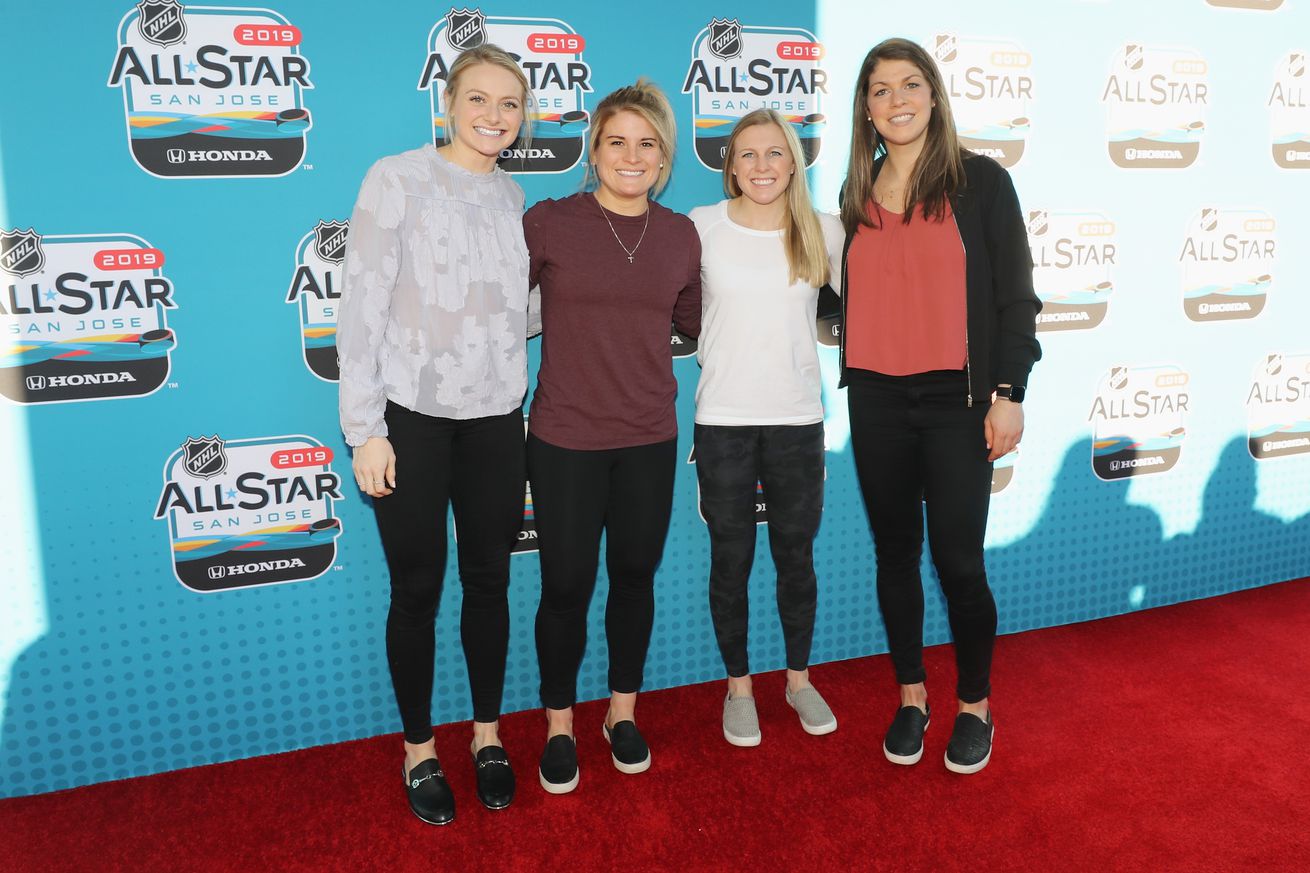 Players from multiple national teams and professional leagues plan to sit out until the creation of a sustainable league.

This morning at 11:00 am EDT over 200 women’s hockey players dropped a bombshell:

The coordinated social media campaign hit Twitter with all the big names in women’s hockey tweeting the statement with the following message:

We may represent different teams, leagues and countries but collectively we stand as one. #ForTheGame pic.twitter.com/UOP0evo45u

Bob McKenzie published an articled timed to coincide with the social media campaign.

“The thought of not playing in a pro league [next season] is daunting and nerve-racking,” said Knight, who played in the now-defunct CWHL last season. “But we firmly believe we’re doing the right thing for our sport and that when we do play, we will do so in a league that embodies the values of our game. We can see where our game is now and where it has to be in order to be sustainable in the long term.”

The Associated Press also covered the story and had spoken to players:

“Obviously we want to be on the ice, but I think that kind of speaks volumes to how critical it is and how important it is to us,” said Szabados, who spent last season playing for the NWHL Buffalo Beauts.

”It’s strength in numbers. It’s coming from all of us. It’s not just a few of us,” Szabados added. “It’s not just players who play for one league or the other. It’s over 200 of us that kind of want to stop being pulled in 10 different directions and kind of get all our resources under one roof.

Since the national team players returned from the World Championships, the question of a boycott has been raised a few times. At first the answer was more or less “we’re not there yet.” Apparently now they are.

Notably, the list of players tweeting out this statement includes all four players who attended the NHL All-Star Game Skills Competition (Kendall Coyne Schofield, Renata Fast, Rebecca Johnston and Brianna Decker). But the list is much more than that. It includes not only members of Team Canada and Team USA, but also players from the CWHL and NWHL who have not been on the radar of their national programs for some time. Every CWHL and NWHL team is represented. It crosses the pond, with players from Team Finland and Team Sweden, some of whom have never played professionally in North America. Prospects also tweeted their support, including players still in the NCAA and players who have just completed their final season.

The parallel to the USWNT boycott prior to the 2017 Women’s World Championships is obvious (Meghan Duggan, who led the Team USA boycott, has tweeted her support). Whether this move will be as successful is less obvious.

The statement is not specifically directed at the NHL — the league isn’t mentioned once — which suggests that the players are open to outside the box suggestions. That the NWHL isn’t directly mentioned may mean that, if that league is able to provide more support to players, they would still be an option, or it may mean the end of the NWHL altogether. The NWHL currently has a salary cap per team approximately equal to what the CWHL was able to pay players last season.

We know from reports from Sportsnet and the Athletic, as well as The Ice Garden, that the players from the CWHLPA and NWHLPA had an all-players conference call recently to discuss options.

Sportsnet’s Kristina Rutherford indicated in an article on Tuesday that the CWHLPA and former CWHL GMs had already had some meetings with interested parties regarding starting a new league and that there were three “front-runners” at the time of writing.

CWHLPA co-chair Liz Knox says one of the proposals comes from venture capitalist Graeme Roustan, formerly the CWHL’s largest investor, who pulled his support last November after the not-for-profit league wouldn’t disclose financial details, like how it approved expenses.

The CWHLPA will be meeting with Roustan soon, and they’ve already sat down with a couple other potential stakeholders. The two other investors who lead the pack—they’re confidential— are “familiar faces,” Knox says. “You wouldn’t find anybody looking to build a new league or invest in reviving an old league if they weren’t fans.” She adds: “I think each of them offers an optimistic future for women’s hockey.” Yet none stands out as the definitive answer.

We’ll learn in the coming days whether these discussions are ongoing or whether the players are looking for support from a completely new direction.

It’s an exciting and historic time for women’s hockey. We’ll keep you posted.