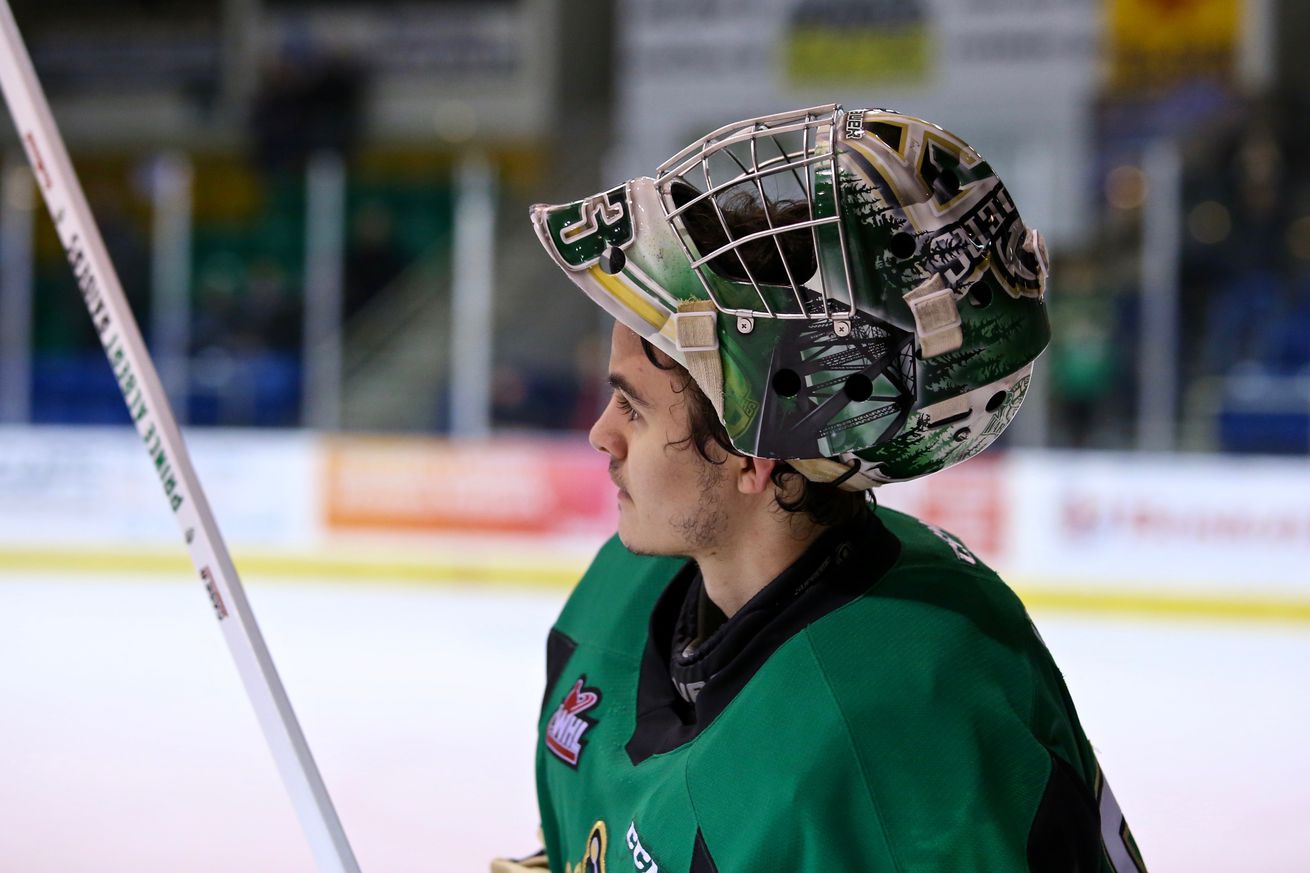 The host team netted two goals in the first period and never looked back.

When the Memorial Cup comes to your town there’s a certain amount of pomp and circumstance, but with the location of the arena in Halifax, there seems to be more around than usual.

Located right in the heart of the city, near the citadel, the waterfront, and plenty of bars and restaurants, this will become a two week party that won’t stop for anything. The host team Halifax Mooseheads was feeding off the energy of their hometown and took the WHL champion Prince Albert Raiders to task last night.

The Mooseheads took control of the game early, and thought they had scored in the first couple of minutes; but the whistle was clearly blown early and the goal waved off right away – with an interference penalty against Halifax thrown in for good measure.

The first goal, which wasn’t a goal in game one.#2019MemorialCup pic.twitter.com/FRyOFrm7NS

This power play for Prince Albert was a an advantage, but they were going up against one of the best penalty kills in the country. While there was no goal, it did give us this moment.

Two of the biggest disadvantages Prince Albert had in this game was that they played their last game Monday night, and they had the longest to travel and the most jet lag to get over. If that was a factor, it showed in Ian Scott and the defenders positioning on the goals against. Halifax didn’t really have to work too hard to score these two goals in the first period.

We have our first goal of the Memorial Cup! It’s Samuel Asselin from Raphael Lavoie, to give the @HFXMooseheads a 1-0 lead over @PARaidersHockey.#NHLEntryDraft pic.twitter.com/X4OQ9e5kc5

The home team keeps on rolling! This time Samuel Asselin plays the role of setup man, as he assists on the Xavier Parent goal that doubles the @HFXMooseheads lead over the @PARaidersHockey.#MemorialCup #NHLEntryDraft pic.twitter.com/Ly1FKr4VSq

The second period probably started with the worst eight minutes the Raiders played all season. They were given two puck over the glass penalties and one elbowing penalty in that span. Luckily for them they were able to keep the Mooseheads from scoring, but guys, back to back puck over the glass? Shape up.

The Raiders made it a one goal game, when Noah Gregor (SJ) got one past Alexis ‘Yung Gravy’ Gravel (CHI). Yes, that’s his nickname.

The penalties would keep on coming for Prince Albert when Parker Kelly (OTT) gets called for interference, it gives Halifax their fourth power play of the period. ll that practice paid off because Jake Ryczek (CHI) scores 30 seconds into the power play.

The Mooseheads control the game now, and dominate the Raider. When the third period begins, they only allow four Prince Albert shots in the final twenty minutes of the game, and seal the Raiders fate with an empty net goal to make the final score 4*1.

Antoine Morand seals it with an empty net goal and it’s 4-1 Mooseheads! pic.twitter.com/k1dWihxkZp

You can watch full highlights of the game, and get a box score here.

The Mooseheads win their first game, and haven’t slowed down since the QMJHL final ended last week. With almost 10,000 fans in attendance, and most of them cheering for the home team, this was one of the best opening games for the Memorial Cup in recent memory, and one of the largest crowds.

Perhaps it was a bit intimidating for the Raiders, this crowd was triple the capacity of their home arena. Nerves got the best of this team, and they’ll have the weekend to work it out before their next game on Monday night.

The Mooseheads get today off and are back in action Sunday night against the OHL Champion Guelph Storm – very cleverly scheduled to go up against the Game of Thrones finale.

Today’s game is an afternoon affair, with the Rouyn-Noranda Huskies taking on Fedor Gordeev and the Guelph Storm.