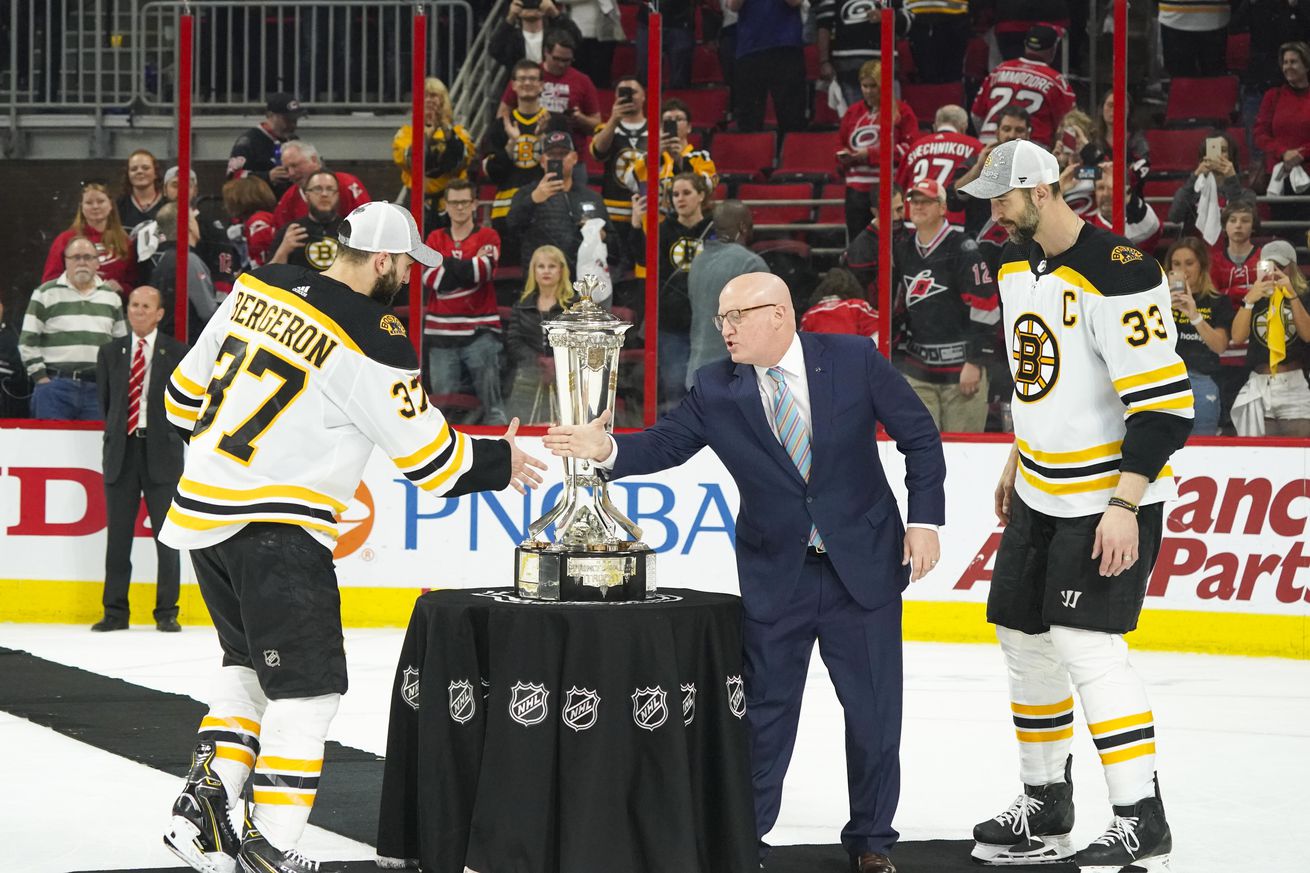 Hey look, the city of Boston has yet another team looking for a championship. What a selfish bunch of assholes.

Since 2001, the city of Boston has won 12 championships in professional sports. The Bruins are only five wins from No. 13.

Easily the greatest title run by any American city in sports history.

After defeating the Toronto Maple Leafs, Columbus Blue Jackets, and Carolina Hurricanes, the Boston Bruins are the Eastern Conference representative in the 2019 Stanley Cup Final.

This is the Bruins 20th appearance in the finals (4th most since the NHL was formed), and the team is looking for their seventh cup win; which would move them into sole possession of fourth for most championships, moving ahead of the Chicago Blackhawks.

The Carolina Hurricanes made it to the conference finals for the fourth time in team history, and if their season by season pattern remains true, they won’t make the playoffs for another five or six years.

Igor Ozhiganov has signed a two-year contract with AkBars Kazan.

And the other one too.

Defenseman Eemeli Räsänen returns to #Jokerit for the 2019-20 season after spending a few months in the Toronto Maple Leafs organization. #KHL pic.twitter.com/GyYnUYHdrz

Should the Leafs keep Andreas Johnsson or Kasperi Kapanen? Maybe, unless a good trade comes along.

Thats a player, for sure.

If he wasn’t in Buffalo, sure.

Do you like the Coyotes? Of course not, you’re here.

Buncha jerks with no heart, won’t play like this for their NHL teams let’s go!

On tap today at PPP: Something about Mitch Marner and a quick preview for this year’s Memorial Cup.

It’s the Friday before the long week. Let’s get through the day.