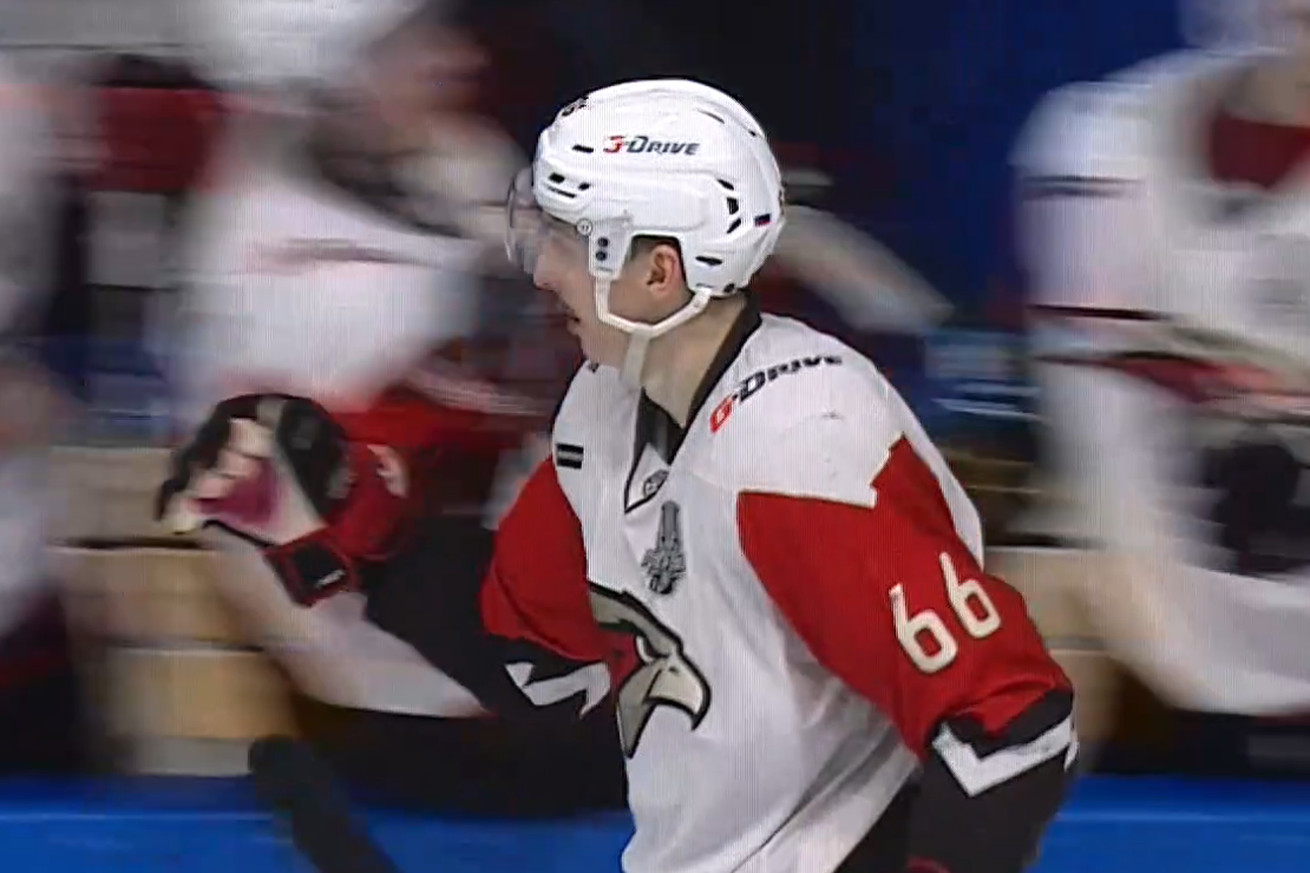 He’s a bit of mystery, but the biggest one of all might be: why another right wing?

The Maple Leafs have made a rumour a reality by signing Russian right wing Ilya Mikheyev to an NHL contract.

While Mikheyev turns 25 this fall, his birthday is after September 15, which means under the CBA, he’s still only eligible to sign a one-year ELC which has to be a two-way deal and is capped at $925,000. This contract will expire with Mikheyev an RFA with arbitration rights.

Mikheyev is listed at 6’2” and 194 lb, which makes him about Egor Korshkov’s size, give or take a couple of inches of height. Much will be made of the pair of them as some “size” the Leafs are apparently in need of, and while they are both taller than all of the Leafs current right wingers — who all claim to be six feet tall — both of these players are smaller and less powerful physically than Auston Matthews, height notwithstanding. They’re more comparable to Nikita Zaitsev or Jake Gardiner. So visions of Frederik Gauthier’s solid mass of lumbering forechecker, just on a player with skill, is a fantasy and not reality.

On the latest Bobcast, Bob McKenzie talks briefly about this signing and he say that Mike Babcock got a look at Mikheyev last year, and really liked him. He kept in touch with the player over the season, and this is why Mikheyev was said (a few days ago) to be leaning more heavily towards the Leafs offer than the other offers he had.

Just like Korshkov, Mikheyev is a left-shooting right wing, but if he’s ever played on the left side, I can’t find evidence of it. Of all the wingers in the Leafs system, Kasperi Kapanen and Connor Brown are the only players who have switched sides much on top lines. The path into the Leafs lineup seems a lot clearer on the left side, however, at least at the moment.

Contrary to the stereotype of a player with size, Mikheyev has a career high PIM of 16 in 52 games in his first full KHL season, but he’s scored a lot of goals at all levels. He also scores as many goals as he has assists, and like Auston Matthews who also shows this trait, he’s always been like this. His KHL ratio is 62 goals and 60 assists in 224 games. His MHL (junior hockey) ratio is 47 goals and 55 assists in 108 games. His points rate fell from .94 per game in junior to .54 in the KHL, which is a fairly normal drop.

Mikheyev is from Omsk, which is 2,500 km east of Moscow, but is home to a good hockey club. He’s played in the Avangard system for most of his adult career, and this past season, moved to Moscow with the team to play in a temporary arena under new coach Bob Hartley. Hartley, the last time he was an NHL coach, was a transition game, high risk, speed-game coach. He put up with a lot of shots against, and his Calgary Flames were unable to generate enough offence to offset their defensive weaknesses. But in his two years as Latvian head coach, and now Avangard’s coach, he’s had a lot more success.

Avangard, this season, was seventh best in goals for, sixth best in goals against, and the third least penalized team. Their goalie was very league average, so if they succeeded defensively, they did it with their skaters. Mikheyev led those skaters in points, but not every KHL team is created equally, so let’s take a very long and hard look at the Avangard top skaters, beginning on the back end:

That’s four defenceman with NHL experience, two of whom are the poster children for high Corsi with questionable defensive execution. The mix Hartley used obviously paid off, and for an Avangard forward on the top line, playing in front of Franson and Medvedev, he was going to get a lot of help scoring goals, and he was going to be in the offensive zone a lot.

Now for those forwards:

Aside from Desharnais, I don’t know a single one of them, although Taylor Beck shows up with a few points farther down the list. Most of these players are older, multi-year KHL veterans. Shirokov is 33, Petrov is 29, but Zernov and Semyonov are Mikheyev’s age. They’re mostly local to Omsk, as well, so Hartley came in and remade the defence, and just let his front end play as they always had.

The result for Mikheyev was a modest jump in points from 38 (19 each of goals and assists) in 54 games to 45 (23G and 22A) in 62 games. Mikheyev had a very good playoffs as Avangard rolled through their first three rounds, winning 4-0, 4-1 and 4-2, only to smack hard into CSKA in the final they were swept out of in four games. Igor Eronko reported on Twitter that Mikheyev was playing through an injury while he notched 11 points in 13 playoff games. He also noted that Mikheyev is noted for his wrist shot, and that all matches the story his stats tell, that he’s a shooter, not a playmaker.

So why wasn’t this paragon ever drafted? It’s not the usual reason since he’s not 5’10”.

With a late birthday, he was first eligible for the draft a few months before his 19th birthday in 2013. He’d just finished a season spent mostly in the MHL where he was 11th in points on his team. He was a few points behind Vladimir Tkachyov (the winger, not the centre the Leafs were linked to years back). Tkachyov went and played some Canadian junior hockey, was unsuccessfully signed by the Oilers, and is very likely to sign an NHL deal with someone any day now. Tkachyov was the second youngest player on that Omsk junior team, and he’s a year younger than Mikheyev, so if he wasn’t drafted, it’s not a shock that Mikheyev was passed over too.

Studies on MHL points since that time have shown that they are likely “worth more” when evaluating prospects than most other European junior league points. So, for both of these good, but not elite wingers, they were underrated for three reasons: they’re Russian and playing in the east, they’re late birthdays, and they played in a league that’s tougher to score in than most people realize.

For more depth on how late birthday players, even when they are actually older than the rest of their draft cohort, are consistently underrated:

… what we should remember is that the later in a year the player was born, the more likely they will be drafted later than they should be.

A year after he passed through the draft, Mikheyev had his worst year in hockey — a very unsuccessful tour of the VHL. He came back the next year and was as good/bad on Avangard proper, which is a big improvement. A third-tier player in the KHL is an order of magnitude better than one in the VHL. But none of that looked exciting enough to tempt the NHL teams, and Omsk is a long way from the usual haunts of scouts. It took until last year when he was 23 before he blossomed into a scoring forward of the highest order. Tkachyov did it a year sooner, and he’s younger, a playmaker living on assists, but likely a better player. Whoever signs him is getting a very different type of player to Mikheyev, but it will be very interesting to see who does best at making the jump to North American hockey.

Are you sensing a theme here?

He’s a shooter, opportunistic and fast, at least by KHL standards. We’ll find out soon enough what he looks like in blue and white.

Updated: how about now?

His contract does not include any club ‘A’ or ‘B’ performance bonuses. However, the contract does include a ‘European Assignment’ clause.https://t.co/0s7QnE2a1L pic.twitter.com/wjPf7y5Tgw