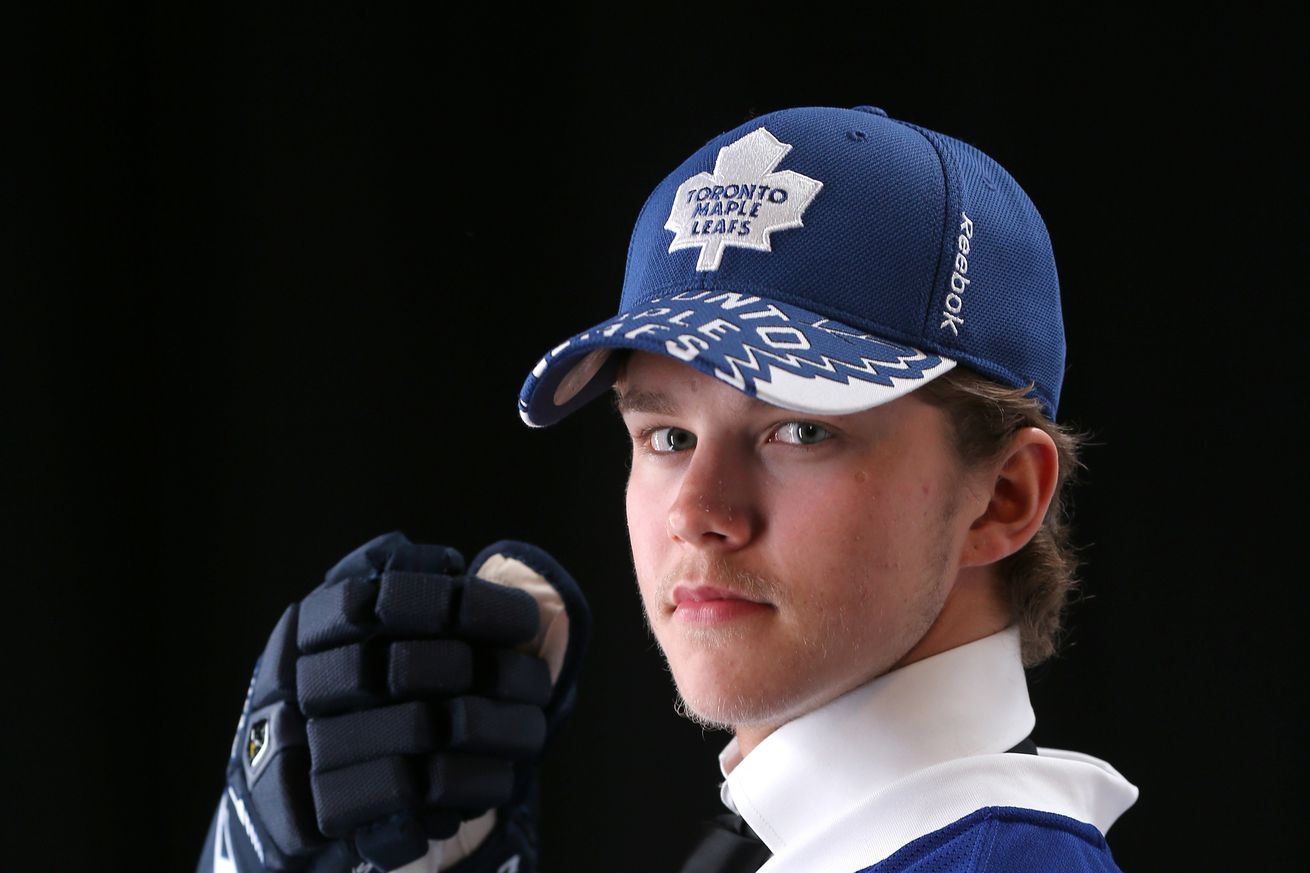 Jesper Lindgren, drafted in 2015 and signed last May to an ELC by the Maple Leafs, has gone all the way in the Liiga final. His team, HPK forced a game seven by winning game six 1-0. Today the final game of his European season, likely his last game ever in Finland, decided the championship, and HPK went all the way, coming back from one goal down, surviving a goal review against in the third period, until, deep in the overtime, a power play gave them the chance to finish the upset win over Kärpät.

HPK is the Liiga champion, and they were awarded the trophy, the Kanada-malja on the ice in Kärpät’s home rink. This trophy was given to Finland by Finnish Canadians in 1951, hence the name.

Lindgren finishes his season with HPK with two goals and 17 assists in 45 regular season games and one goal and three assists in 16 playoff games.

He’s not the first Leafs prospect to win the Liiga title, both Jarkko Immonen and Janne Grönvall both did it, and Jussi Rynnäs, who was the backup today for the losing side, has won it twice.

He’s not the first Swede to ever win it, either, since Michael Nylander did that in the lockout year of 2005.

But he is the only player on the Leafs or Marlies now who can claim the feat.

Once he’s done celebrating this victory, and assuming he’s fully healthy, he will likely come to Toronto again and join the Marlies. If he does, they will boast and enviable surplus of right-shooting defenders. He played four regular season games on the Marlies last year, but did not appear in the playoffs. With the big strides he made this year with HPK, it’s much more likely he’d draw in, particularly now that the Marlies will be without Calle Rosen for at least a few more games. If he does join the team, he’ll be just in time to celebrate his 22nd birthday and to begin to prepare for a full season next year on the Marlies.

Congratulations to Jesper Lindgren (and the rest of HPK) on an outstanding upset win at the wire. Now, how about trying for another cup?