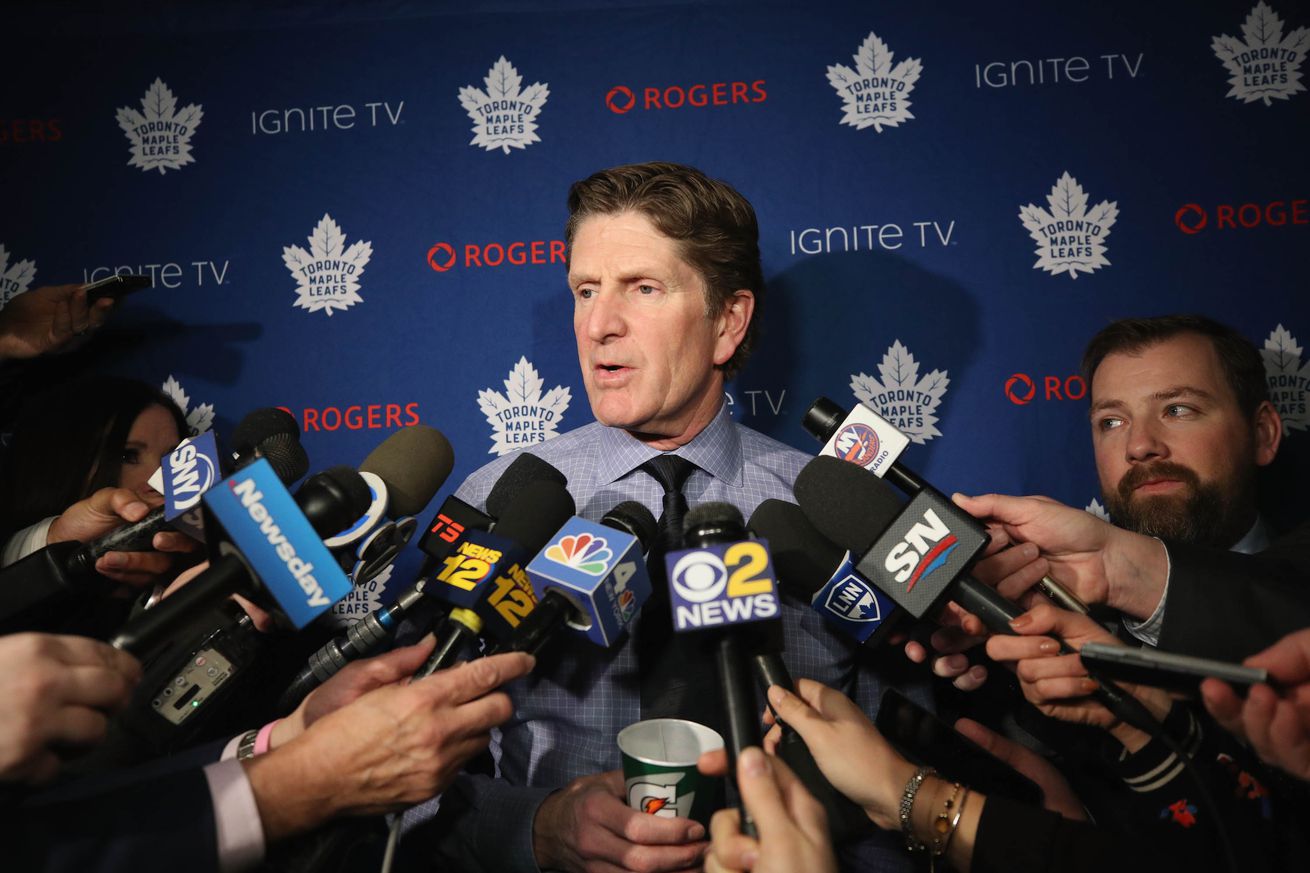 Bob McKenzie has the scoop that ends a few weeks of frenzied speculation.

Earlier today Bob McKenzie went on TSN radio in Edmonton and Toronto and speculated that with former Detroit GM Ken Holland taking the open position in Edmonton, Mike Babcock might go there.

The latest rationale to this story was that, since Kyle Dubas wouldn’t guarantee that Babcock would be back next season at his post-season presser, that meant Dubas was planning on substituting Sheldon Keefe for Babcock, and he was just waiting for the AHL playoffs to end.

In the Toronto radio hit, McKenzie poured a lot of cold water on the idea that Dubas going through his process of evaluation meant he was waiting or doing anything but doing business how he sees fit. What got buzz out of that discussion, however, was the very “pie in the sky” speculation on McKenzie’s part about the Edmonton coaching job.

Just this evening, McKenzie had news, not speculation to report. In the video he says that he was talking to Dubas about the signing of Ilya Mikheyev and he asked about Babcock.

I’ll reproduce McKenzie’s tweets here, which he repeats in the video.

“…since the season ended. It’s our very strong belief Mike is the one to lead us, that’s the reality of it.”

So that is that. It’s possible McKenzie himself smoked out Dubas with that Edmonton speculation. Dubas might not want to respond to every numbered thought someone has about the Leafs, but his silence created a vacuum many were willing to fill.

The Edmonton idea lacked plausibility, however. This old comment of Holland’s has gotten some attention lately:

And while that was five years ago and people change, the reality is that Babcock is a guy who talks about expected goals and other forms of statistical analysis in his post-game pressers. He is consuming the output of the Leafs data analysis department, and that department is growing.

For all that there is a perception of a philosophical divide between Dubas and Babcock that isn’t based on much beyond typical culture war ideas about what any person in their fifties thinks vs someone in their thirties, they both draw on the same areas of management and hockey analysis for their decisions. At least if you go by what they do and say, not how they say things. From my perspective, the philosophical divide is more significant between Babcock and his old boss.

But the speculative stories of who will hire who in hockey are all based on personal connections. Hockey is a small town sort of like how Sault Ste. Marie is a small town. And you’re expected to hire your old buddy.

It’s only May, early May at that, and many teams will be adding and subtracting staff. The opportunity exists for the Leafs to add some new voices as assistant coaches or consultants, and I hope they do that. In my opinion, what the team needs is not a total overhaul, but some sharper understanding of the kind of defencemen who are rising up in the system and how best to use their skills.

We’ll see what Dubas does once he’s finished working through his process of making the team better. For the Leafs to move up from very good team to something approaching greatness they do have to get better, and that’s very hard to do.