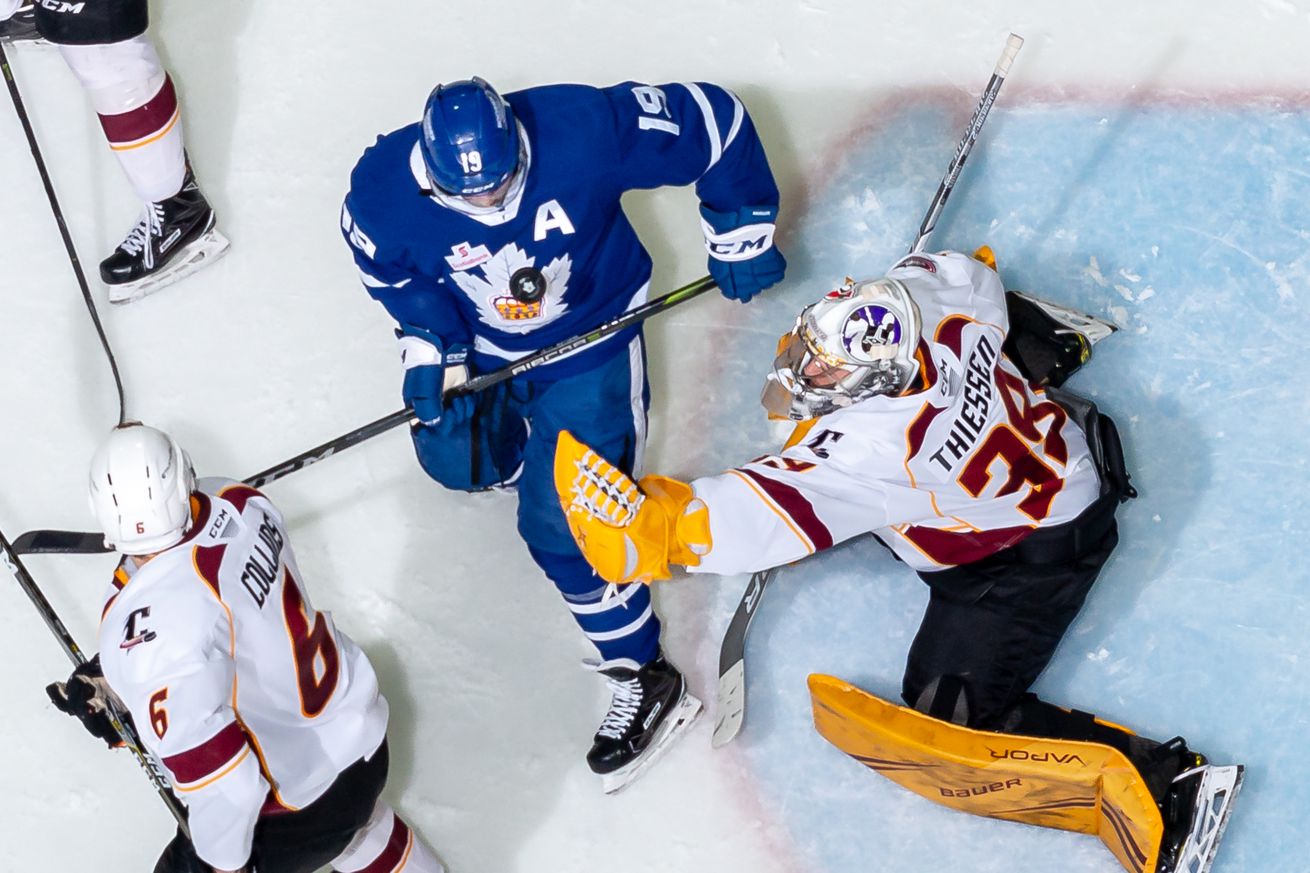 The Marlies are going for their second straight sweep tonight. They defeated the Rochester Americans in the first round, and now they have the Cleveland Monsters on the brink in the Calder Cup Playoffs.

A shoutout to the incomparable Christian Bonin who got yet another amazing Marlies action photo which I used above.

Marlies @ Monsters
Time: 7:00 p.m. EDT
Broadcast: Leafs Nation Network (this one is not on TSN)

There was more roster action today for the Maple Leafs.

The second round of the Stanley Cup Playoffs winds on with an elimination game tonight in St. Louis where the Stars face the Blues. I am honestly pretty ambivalent about who wins this one. There’s ex-Leafs on both sides! Tyler Bozak vs. Roman Polak as the generals leading the charge.

Who knows what will happen. They seem pretty evenly matched. The Blues finally winning a Stanley Cup would be something, though.

Boston’s Charlie McAvoy has been suspended for one game for an Illegal Check to the Head on Columbus’ Josh Anderson. https://t.co/17QswFLyfI