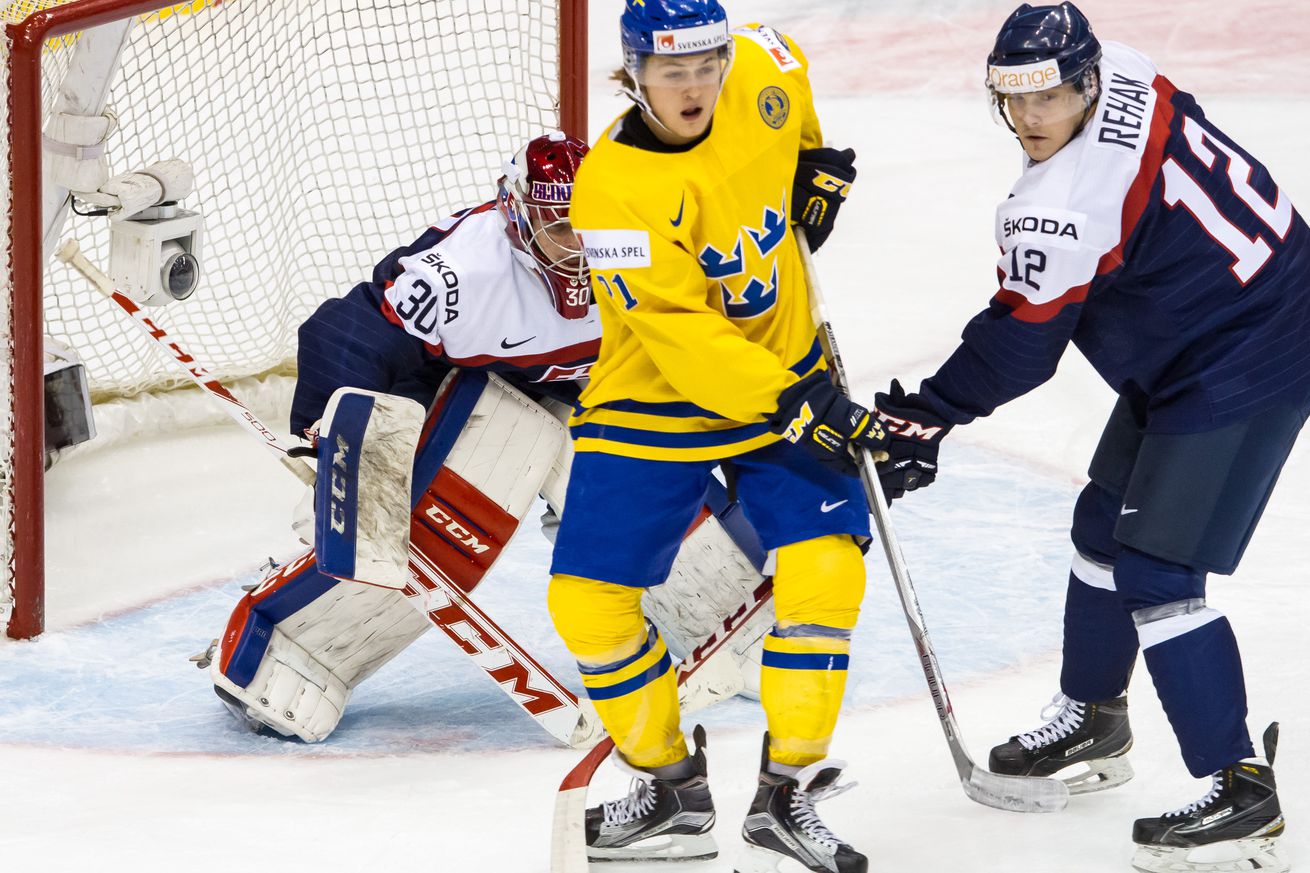 Who is that left winger, the Leafs need one of those.

In the opening day of the 2019 IIHF World Championships there were some amazing upsets, and a first look at William Nylander the left winger.

In the opening game for Canada, Finland and Kaapo Kakko showed the big red machine who is boss in a 3-1 win.

Kaapa Kakko opens the scoring for Finland by beating Matt Murray on a breakaway. #IIHFWorlds pic.twitter.com/a2FUaVOHMP

Canada is going to add Pierre-Luc Dubois and Tyson Jost, and they are supposed to be looking for a defenceman too. I know this guy, if they need a name.

Russia absolutely rolled over Norway for a 5-2 win. An interesting name popped up on the surprisingly tough Norwegian forecheck: Sondre Olden.

Russia did one very interesting thing, since their roster is so deep, they did not play Alex Ovechkin on the power play. They also scored four power play goals within the first few seconds of the man advantage. But late in the game they brought out a four-forward power play unit with Ovechkin, and it looked… ragged. Fun experiment, though.

By scoring two goals late, Norway got a respectable goal differential, which might help them later on in getting a good ranking.

The point of watching Russian beat up the Norwegians is to watch Sergei Andronov. Earlier in the season, he was said to be on the radar of the Leafs, and he’s not an exciting young prospect, but the attraction is now clear to me.

Andronov, who was the captain of the Gagarin Cup winning team CSKA, is a depth centre of the old school, the old Russian school, that is. He was used in this game primarily on the penalty kill. He had 12:22 in total ice time, with not a lot of five-on-five shifts. He takes the defensive zone faceoffs to start a PK, and also plays a PK shift, but on a team this stacked, he wasn’t the very first choice of forward.

At five-on-five, he shows himself to be a man who understands his role. He takes the puck out of the defensive zone, dishes it to a better player — he played with wingers Sergei Plotnikov and Ilya Kovalchuk — and then he drives the net. He skates smooth and clean, but not the very fast stride that drives offence, and he doesn’t shoot much.

At 30, he’s not going to blossom into anything. He is what he is, and for the right price, I’d hand him a pen right now. He is everything that Frederick Gauthier tries his best to be, but Andronov actually succeeds at it. He’s not an offensive force, but he can play with wingers who are. He’s assertive on the drive to the net, and his positioning and hockey sense is ideal.

Slovakia thrilled with a win over the USA

Over on the Group A rink in Kosice, the home team kicked the USA’s highly touted butts in a 4-1 game. Martin Marincin had one assist playing on the second pair. Slovakia included some younger prospects, and it paid off in goals.

Czechs over the Swedes

At the same time Sweden opened with a tough match against the almost home team from the Czech Republic. A lot of Czechs showed up to cheer on their team, and the pace was intense. Czechia isn’t usually a fast team, but they were today. They layered that right on top of their chippy attitude and hard checking style, and they ran the underpowered Swedes up and down the ice, particularly in the first and third period, taking the game 5-2.

This game marked the debut in competitive play of left-winger William Nylander. This decision to put Nylander on the top line with centre Elias Pettersson with Patric Hornqvist on the right side for some muscle was interesting, and it looked like it was a bad kind of interesting at first. They struggled in the first period, registering no shots on goal.

Nylander and Hornqvist were switching sides a bit, and I expected that to be the problem. It turned out they had a different hurdle to overcome. Nylander an Pettersson kept playing the same game. They both like to carry the puck — on either side — and they both kept going for the loose puck or the same open space. It seems to me like Pettersson still plays like a winger too much.

They worked out some of the kinks and Hornqvist scored the first goal for Sweden, with the second goal coming when Pettersson and Nylander were driving the power play. Overall, I thought Nylander looked fine on the left side, but the team as a whole was outmatched and flustered by the play of the Czechs, who were happy to get into scrums after every whistle. The refs looked like they were trying to ruin an NHL playoff game, and eventually, they had to start kicking players out in the last few seconds as the chickens they’d let loose came home too roost.

This left wing experiment is very much worth watching in the rest of the games. Sweden is picking up some help soon with a couple of players coming over, so they should be a bit stronger in future, but they are very weak up front, and I’m not sure Pettersson, as gifted as he is, is really a 1C on a top team right now.

Not much on tap today is of interest to Leafs fans, although Marincin gets to try to defend against Kakko. On Sunday, Russia and Sweden are in action against easy teams, and it might be a good chance to check out the “old goat” Andronov and the experimental left-winger Nylander.