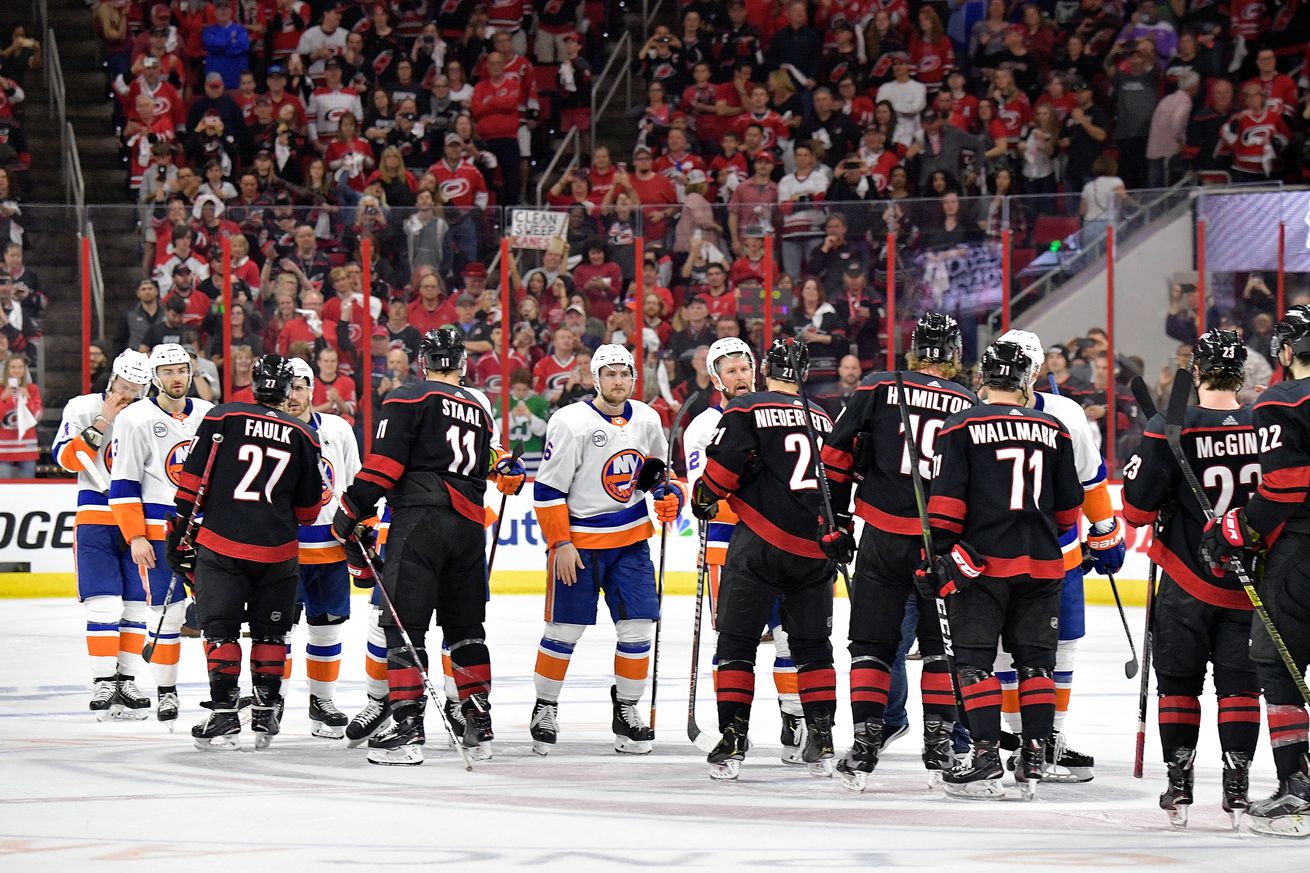 The quarter finals are done, the semi finals are here, and everyone is cheering against the Bruins

We’ll get to the NHL playoffs later, but for now let’s talk about prospects. Leafs prospects, of course, because why would anyone care about some other dumb team’s prospects?

Now that the Leafs’ playoffs are over, I’ve already started to think about the T25U25. Obviously the list of eligible players for the list is not set in stone yet, with potential trades as well as the draft coming. But with other key guys being removed from eligibility due to age — like Morgan Rielly — we’re starting to see a very top-heavy set of young players to rank.

In fact, the first 8 are obvious. In no order, they’d be Matthews, Nylander, Marner, Kapanen, Johnsson, Dermott, Sandin and Liljegren. Aside from the last two, they’re all in the NHL. But outside of them, who else do the Leafs have left in their system who has real potential to be an impact player?

Honestly, the only one I can think of is Bracco and even with him I’m not that sold on him yet. Otherwise there’s a looooooooong list of guys who maybe have potential to fill a depth role, like Zach Hyman.

Which brings me to my favourite part of the T25U25: getting irrationally hyped for guys I have no business being excited about, but I love them anyways.

For me, there have been two guys that captured my heart the last two years… Adam Brooks and Fedor Gordeev.

Brooks doubled his points and almost tripled his goals this year compared to the previous year, as well as producing shots at a much better pace. He was given a bigger role behind Mueller as the Marlies 2C, and Keefe has sung his praises as an all-situations guy. For a smaller center, is he good enough to crack the Leafs’ roster eventually as a 3C or even a 4C? Maybe not, and he’s already 23. But I’ll be pulling for him!

Gordeev, meanwhile, might not even be likely to get signed by the Leafs. He improved his points narrowly, and took fewer shots. He was used in more of a shut down role after being traded to Guelph, and did help them get as far as they have. I’d love to see him make the Memorial Cup series. He still has tools to make me want him to succeed even if it seems more unlikely that he ever will. Hopefully he gets signed to the Marlies or Growlers or something!

Who are your Leafs prospects you irrationally pull for?

Women’s Hockey Wednesday: #ForTheGame in their own words | by nafio and Annie

Fedor Gordeev and the Guelph Storm tied up the OHL Finals series at 2-2 after holding on for a 5-4 win last night.

Ian Scott and the Prince Albert Raiders are up 2-1 in the WHL Finals vs Vancouver, and by the time you read this they’ll have played game four in Vancouver last night with a chance to go up 3-1.

The Eastern finals is set between the Assholes and the Jerks. We here at PPP are firmly on Team Jerks, and wish only the worst bed bug infestations upon the Assholes. Game one is tomorrow in Boston at 8:00 pm.

Who replaces Charlie McAvoy in the lineup in Game 1? | Stanley Cup of Chowdah

For the Western finals, the Blues made it through two nights ago with a dramatic overtime win in game 7. They’ll face the winner of the Sharks and Avs, who had their game 7 last night. As of writing this, the Sharks are up 2-1 on the Avs — but the Avs might be without MacKinnon for the rest of the game after this happened:

Nathan MacKinnon injured after crashing hard into the boards pic.twitter.com/1rPZnC9zIP

Update: not only did MacKinnon return, but he set up the tying goal to make it 2-2 in the second period. Dude is ridiculous.

Oh, wait, no it was called back for being offside.

So, is this offside? Landeskog didn’t tag up and cross back over the bluline, but the reason he didn’t is was going off for a line change, however he also was taking forever to do that. In any case…

Fuck the offside review. I can’t believe how much I’ve come to hate it.

Have a happy Thursday!