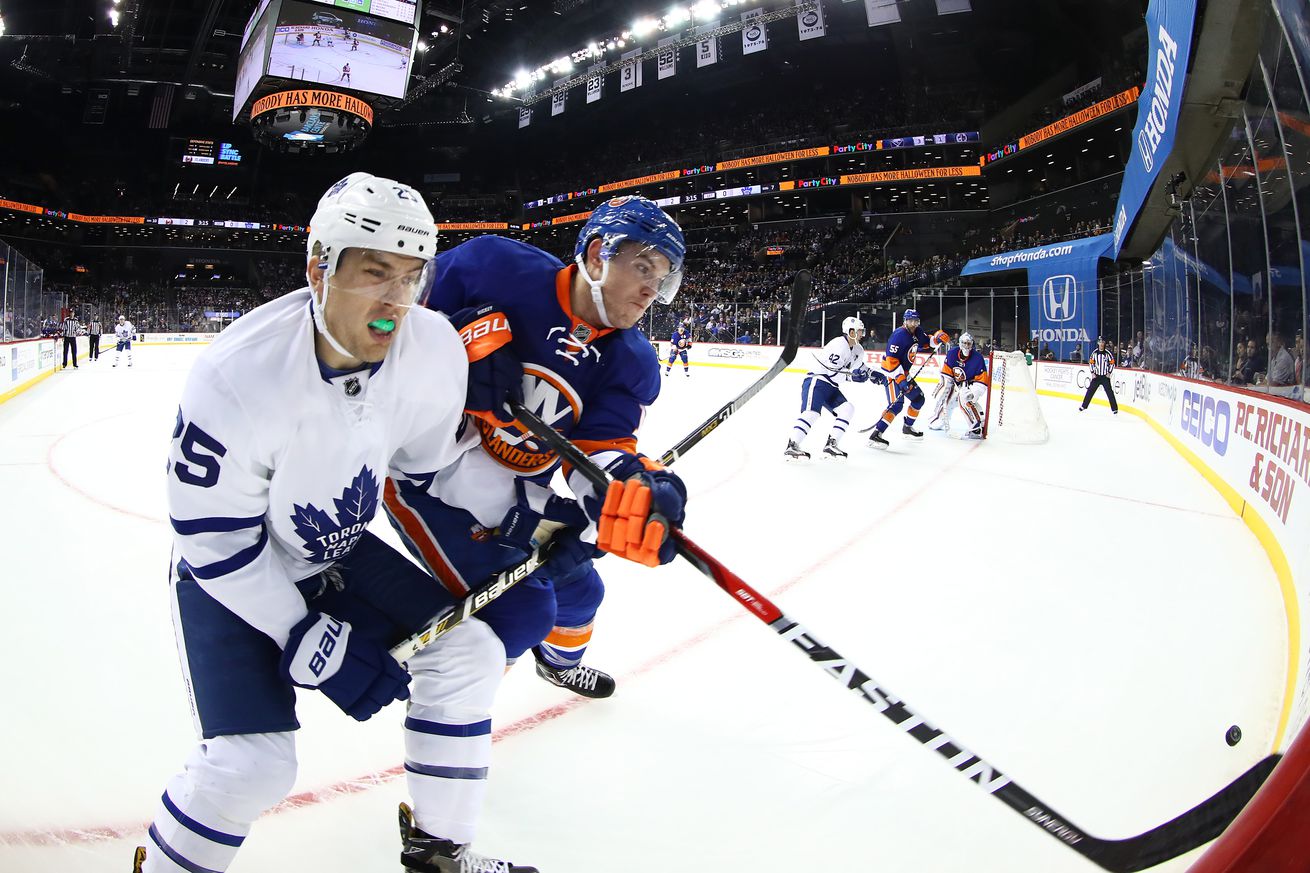 The Marlies and the Hurricanes were big winners last night.

The Marlies won their first game in the second round of the Calder Cup Playoffs run last night. Defeating the Cleveland Monsters 5-2. It was an interesting game with the Marlies scoring four of their five goals on the power play because the Monsters could simply not stop taking penalties. Notable was Zach Dalpe getting a Misconduct in the final minute of the game for Abuse of Officials, after which Trevor Moore scored an empty net goal for the fun of it.

Hardev was there and will have a full update later this morning, but it’s clear already these two teams are going to have some wild games. They meet next on Friday night.

“Moore! Back. For. More!” Todd Crocker is the best.

Worrisome is another major injury to Calle Rosen. We are waiting for updates.

The Growlers won last night too.

Growlers take game FOUR. Lead the series 3-1.
Heave away, me jollies, heave away!

Women’s Hockey Links: Canadian Women’s Hockey League (CWHL) finale – nafio and Annie
Interesting things happened in other areas of women’s hockey this week and we have those links. But oh, our hearts.

Dubas has to sign Marner before he does anything else – Katya
There’s no hard deadline for this deal, but realistically, it needs to be finished before the draft.

Egor Korshkov is now a Maple Leaf – Katya
Why the new name, though?

Ozhiganov’s KHL rights traded ahead of his return to Russia – Katya
Igor Ozhiganov is returning to Russia, but there’s a familiar face in Toronto.

That bunch of jerks on the Hurricanes won last night, putting the Islanders on the ropes. When was the last time a team swept the first round, and was then swept in the second round? The Islanders have managed to score only three goals in three games so far. Justin Falk’s goal summarises the whole series to date.

Speaking of “on the ropes,” the Stars sure aren’t! All thanks to some help from Roope Hintz to tie up their series last night. Get it? On the ropes… Roope Hintz? Oh you are the worst audience ever.

Jordan Binnington was not happy with all the goals and did something… odd at the start of the intermission. There’s really no good view of it yet, but apparently he skated over to the Stars bench and slashed Jamie Benn? It wasn’t captured well on TV, but he really did do something and got a double minor for it.

Overhead (and only) angle shown by NBCSN of the Binnington chop on Bishop: pic.twitter.com/yr7pQyUuzS

Perhaps he was just looking for revenge for this slash on Ben Bishop.