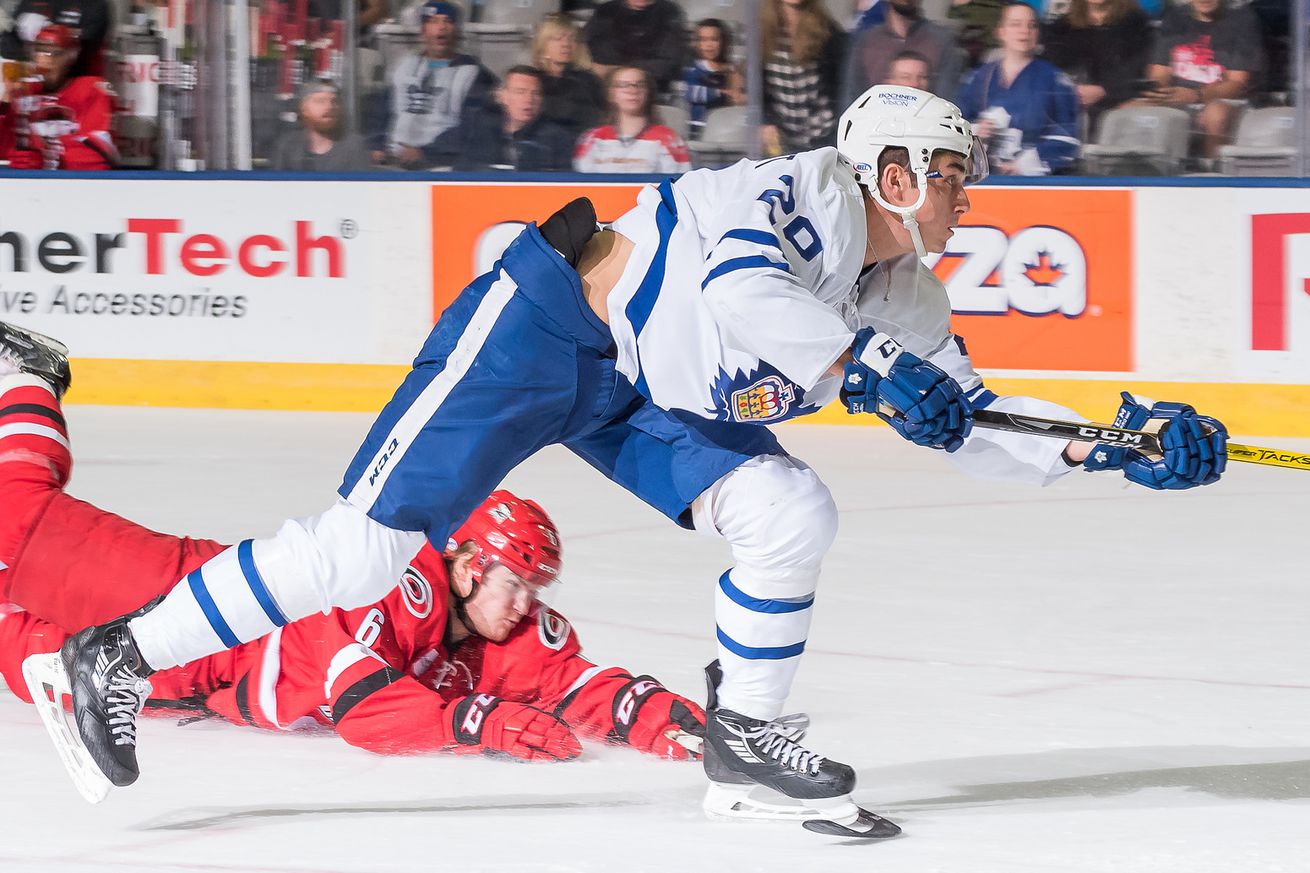 The Marlies kicked off the weekend with a win in Charlotte on Friday night. We’ll have a recap of the game for you later today. They will play again tonight at 6:00 p.m.

Kasimir Kaskisuo tied the @TorontoMarlies record for consecutive wins by a goaltender in the playoffs at 8. The record was set by Drew McIntyre in 2014. Kaskisuo turned aside 26 of 27 and now improves to a .950% and 1.49GAA.

Well there’s a blast from the past. Remember Drew MacIntyre in net for the Leafs? It happened for two games.

The Memorial Cup is now underway. Yesterday, the Prince Albert Raiders were in action, featuring Maple Leafs goaltending prospect Ian Scott. Unfortunately, the Raiders lost this one 4-1 to the Halifax Mooseheads.

Canada will play Germany today at 10:15 p.m. in the World Championship.

The NHL announced that the first game of the Stanley Cup Final will be on Monday May 27th in Boston. The preceding days will be the media circus events. The Blues would really like to be in that game, and have a better chance after tying up the series against the Sharks last night.

Would you like to see Brent Burns comically falling down allowing the Blues to score? Of course you would!

Sharks Vs. Blues Round 3 Game 4 Recap – St. Louis Game Time
A strong performance from Jordan Binnington and some early offense helped the Blues drop the Sharks 2-1.

[VIDEO] Wes McCauley’s father taught him simple formula to refereeing – Sportsnet.ca
Watch as Sportsnet’s Chris Simpson talks with Wes McCauley, known for his dramatic calls and great relationship with players, inspired to have a career in officiating thanks to his father.