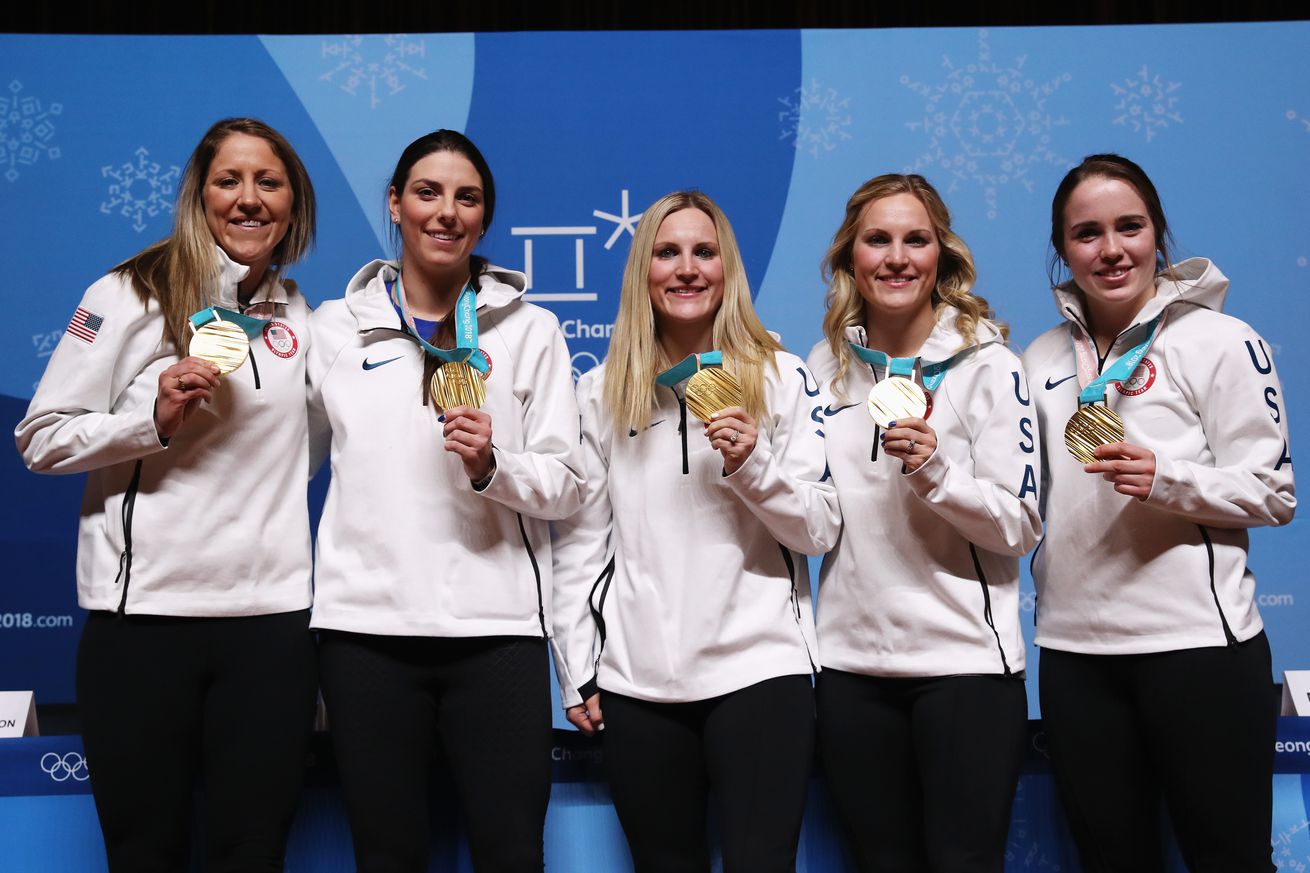 The players, their supporters, and their naysayers all had a lot to say this week.

Story of the week

“They’re making the ultimate sacrifice to say, ‘I would rather not play another professional game this year and possibly the rest of my life than live another day knowing we’re in a world that professional female hockey players do not have the stage they deserve.’ And I think that’s a powerful thing.” – Liz Knox, CWHLPA co-chair, Markham Thunder

“We’re willing to figure out things as we go. We don’t know what the future holds or what it will look like, but we’re confident this is the right thing for the sport.” – Hilary Knight, USWNT, Canadiennes de Montréal

“As long as it takes. Which is hard for me to say, at 32 years old, because I might be retired by the end. But that’s part of this process and what we’re willing to do.” – Shannon Szabados, Team Canada, Buffalo Beauts

“But, I think it’s also important to note that our third- and fourth-liners have been working 9-to-5’s the last 12 years so that those girls had a place to play. This whole movement is as much theirs as it is the stars’. Because they’re making the ultimate sacrifice in this.” – Liz Knox

“In April, I came to realize that after tax write-offs, including equipment, travel and taxes I paid more to play professional ice hockey in 2018 than I made. It is the financially responsible decision to not play professional women’s ice hockey next season.” – Kimberly Sass, Metropolitan Riveters

“To be honest, the reason I wasn’t in Minnesota full time was the compensation piece. I wasn’t willing to pack my bags up and move to Minnesota for the salary I was receiving.” – Kendall Coyne Schofield, USWNT, Minnesota Whitecaps

“I kind of look at it like when you’re playing Mario Kart and you have that opportunity to take that ramp that speeds everything up and launches you in the air to get you across the finish line of where you want to be. We’re looking for that speed ramp.” – Hilary Knight

“I don’t think we’re trying to force anything or make magic happen. We’re trying to take a stand and a step to show the world that where women’s hockey is at right now is not where we want to be. By not playing I think it shows there is a clear need for something better. We will work together towards that one viable league.” – Meghan Duggan, USWNT

“At its core, it’s about the same goal, and that is about supporting a group of women who are passionate about their sport, are dedicated to their sport, who are willing to sacrifice their own careers and their own opportunity to play by looking at the longer-term goals, looking at the bigger picture, and looking at the opportunity to really raise the profile of their sport and to grow the sport for future generations. So that theme of equality and opportunity and sacrifice. And whether it is soccer, or ice hockey, or any other sport, those are the common themes. At the base of it, we have had clients who were willing to make that sacrifice for the longer-term benefit of the sport.” – Dee Spagnuolo, attorney for Ballard Spahr, the firm working with the players on this action

“That’s one thing that you know I can speak from the P.A. perspective. We had a couple of conversations with potential investors and people that want to create a league for this October. In all of our responses, we’ve learned that it is absolutely imperative to our success that the players have a seat at that table.” – Liz Knox

“Take a look in the mirror, Hockey Canada and USA Hockey. I mean, these are your players who are winning you Olympic medals saying, ‘We’re just not getting enough right now.’ … I would certainly hope it’s a moment for them to self-reflect and say, ‘OK, where are our interests and where do we see it fitting in the future?’” – Liz Knox

“I played Junior A hockey in Canada as a 16-year-old and the league provides housing and places for players to live while they’re on the road. The lowest level of men’s professional hockey provides the same thing for their players. We’re not asking for anything crazy. We just want all the best in one area and the opportunity to generate some revenue.” Shannon Szabados

“This whole movement happened really fast. I think a lot of people didn’t get a ton of information and just felt like they had to do it. They felt pressured.” – Kaleigh Fratkin, Boston Pride

“So for me, it was interesting that everybody got on board so quickly when we’re dealing with contracts and hard evidence and progression, and teams, location, and data that exist, and it’s the idea of throwing that all into the fire for a salary, structure, and backing that’s unknown.” – Anya Battaglino, NWHLPA head

“I understand the growth with any startups, but we’re going into Year 5, and a lot of issues (from) the first year are still around.” – Hilary Knight

“For example, if a deal comes in at a million dollars, the league would take their cut of half a million dollars and then if any fees were to apply with the third-party agency, then that would come out of the league’s 50 percent. Of the player’s 50 percent it would be divided among the teams who would get that lump sum and then pay their players on percentage of salary cap. So if you negotiated ten percent of the salary cap, then you would get ten percent of that team’s allocated revenue split. So it doesn’t go equally to all the players; however, the goal is that it benefits you as much as the percent of the cap that you have. If you’re making minimum wage, you could potentially double that, or triple that.” Battaglino, on the new 50/50 revenue split agreement for next year

“We’re very grateful. It would be much easier for us to continue to be grateful and play in these leagues that are really startup companies.” – Liz Knox

“One league is great, but you need the right league that’s going to actually further women’s hockey — a league that’s going to make the hard and tough decisions. Nobody’s jumped to the NWHL because they know that’s not the sustainable move. I know someone like [Laura] Stacey is probably just distraught. I’m okay to retire, but I know she’s not. You can’t just move on and be like, ‘I’m going to move to Buffalo.’ It doesn’t work like that. I hope that she has an option that’s sustainable.” – Ailish Forfar, Markham Thunder

“The NWHL said they would expand to Montreal and Toronto, but they didn’t communicate with those general managers and coaching staffs that run those teams. Those organizations have fan bases and coaches and ice times. I think you need to wonder why they wouldn’t have those conversations. “ – Ailish Forfar

“If you look at the history of women’s sports, the successful leagues are attached and linked to an already existing league. We’re confident that can happen in women’s hockey, too.” –Jocelyne Lamoureux-Davidson, USWNT

“As long as elite women hockey players have professional opportunities, it is not an environment we are prepared to wade into in any formal way. We have always supported professional women’s hockey, and we plan to continue to do so. That doesn’t mean we need to form or directly subsidize an existing professional league.” – Bill Daly, Deputy Commissioner, NHL

“We will have to explore and understand what it means to the bigger picture and in the longer term. The NWHL is an existing organization with a business and future plans. We have always supported their objective of creating a professional option for elite women hockey players. And we have no interest in, or intention of, interfering with those plans. So, I don’t anticipate any further reaction or announcement from the NHL pending us understanding the situation better, including plans for next steps.” – Bill Daly

“The NHL’s saying, ‘Until there’s a void in women’s hockey we’re not going to step in’. Well, here’s a void. Here’s the players saying this is not enough. We’ve earned better than this. We’ve earned the respect we have, and we deserve what we’re asking for.” – Liz Knox

“We will further explore the situation privately before taking any affirmative position on next steps.” – Bill Daly

“It’s trying to level the playing field, and that seems to be what gets people’s back up for some reason. They’re not as offended when the women are just playing in poverty and obscurity. Now that the women are actually asking for something, that’s what seems to have drawn their ire.” – Tara Slone – Hometown Hockey, Sportsnet

“In Canada, we feel it’s got to be inferior, because it’s just not out there. It’s not in the headlines, it’s not on TV, we don’t see the highlights.” – Howie Draper, head coach University of Alberta Pandas

200 women’s hockey players announce boycott of upcoming season – Pension Plan Puppets
Players from multiple national teams and professional leagues plan to sit out until the creation of a sustainable league.

How We Got from #OneLeague to #ForTheGame – The Ice Garden
and, maybe, a bit of the why.

A list of players involved in #ForTheGame – The Ice Garden
We’ve scoured social media to create a list of all 150+ players who are currently striking for better conditions.

We’d also like to mention that there have been a lot of discussions on women’s hockey podcasts over the last week and some may be worth checking out.

‘It’s terrifying’: Why women’s hockey players are risking their careers for this boycott – ThinkProgress

‘We’re not really looking for convenient’: Hilary Knight talks about the latest women’s hockey movement – Eyes On The Prize

Liz Knox on the #ForTheGame movement – The Ice Garden

The Latest: NWHL plans for season despite player boycott – The Washington Post (a timeline)

Szabados willing to wait ‘as long as it takes’ to help women’s hockey – Sportsnet.ca
As the Canada Women’s Hockey League closes its doors, players ask — why did no one watch? | The Star

REPORT: 2018 Patty Kazmaier Award Winner Daryl Watts To Transfer From Boston College – BC Interruption
It’s another huge blow to the BC Women’s Hockey offense for the upcoming season

Lara Stalder leaves Linköping for Brynäs | Aftonbladet
In 2014 she was with the Switzerland who defeated Sweden in the bronze match in the Olympics.

Swiss international Lara Stalder moves to Brynäs – swisshockeynews.ch
After two seasons with the SDHL’s Linköping HC, the 24-year-old forward has signed a two-year contract with Brynäs IF.

Now the troop building has started for the next season – in two days the club has presented three strong new acquisitions.

Livia Altman and Dominique Scheurer join ZSC Lions – swisshockeynews.ch
The two defenders return to Switzerland from North America to reinforce the SWHL A-finalist for next season.