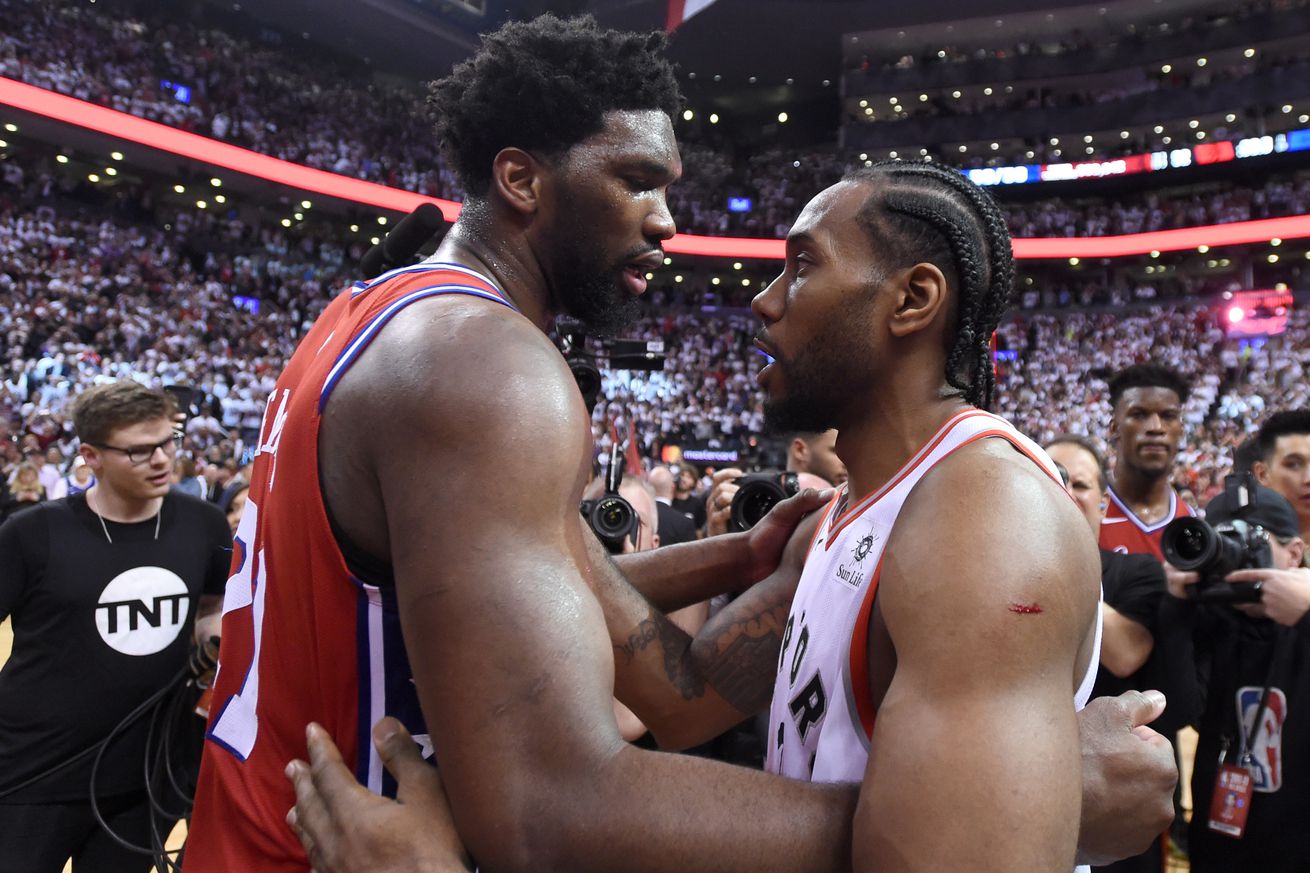 Sunday night’s Game 7 between the Raptors and the 76ers was tense, back-and-forth, and featured an already-legendary finish — and a record number of Canadians tuned in to see it.

According to Sportsnet, Game 7 was the most-watched basketball game in ever in Canada, with 5.8 million Canadians tuning in to watch some or all of the game.

5.8 million! That’s a lot! Like, 16% of our entire population! But hey, if you like mind-boggling numbers, I have even more for you.

The average number of viewers for the game was 2.2 million people watching; if you want something to compare that to, consider this: February’s Raptors-Spurs tilt, featuring DeMar DeRozan’s return to Toronto, was the most-watched regular season basketball game ever in Canada… and the average number of viewers for that game was 710,000. Quite a jump!

Wait, wait, I have one more inconceivable number for you. At 9:33 p.m. last night, when that crazy dragon lady was doing her thing on Game of Thrones, 3.8 million Canadians were watching that crazy Fun Guy Kawhi Leonard drop his miracle four-bouncer through the hoop to send Philadelphia 76ers home. 3.8 million! I don’t know about you, but I’m confident in saying those 3.8 million Canucks made the right choice.

But let’s watch it again just to be sure.

All in all, the seven-game series drew in 6.8 million Canadians on Sportsnet, who had Games 1, 3, 5 and 7, with an average audience of 1.3 million. That’s a 113% increase over last year, when the results on the court were, ahem, not so favourable.

Sportsnet has Game 1 of the Eastern Conference Finals, airing Wednesday night at 8:00 p.m.