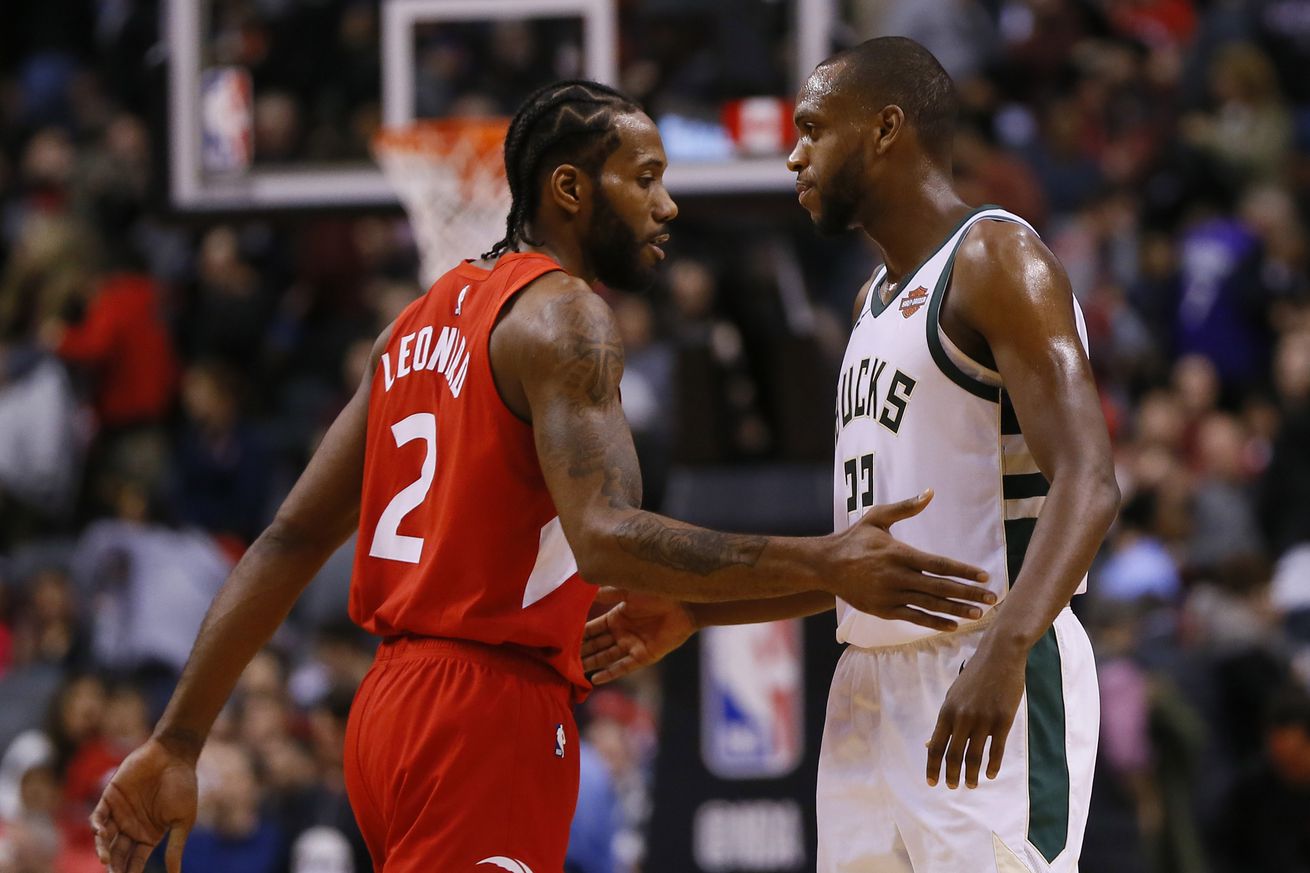 We got in touch with the fine folks over at Brew Hoop to hear their perspective leading into the Raptors’ Conference Finals bout against the Bucks.

Life, as it is wont to do, moves on, even in the wake of the biggest shot in Raptors’ franchise history. We’ve all spent the past couple of days reveling over Kawhi Leonard’s improbable, monumental buzzer-beater, but there is yet more basketball to be played: the Raptors’ Conference Finals series with Milwaukee Bucks looms. To prepare, we posed a couple of questions to Kyle Carr of Brew Hoop, so as to give us a better grasp of the series from our mortal enemy’s point of view.

The Bucks have hugely exceeded expectations and are making their first deep playoff run in a very long time. What are expectations like among the Bucks fanbase? Does it feel like you’re playing with house money, having come so much further than anyone thought you would? Or is playoff anxiety still hitting the same as it always does? Do you guys know what to do with your hands?

The odd thing is, most Bucks fans had higher expectations of the team than the national media did. That a better cast of talent and an actual good coach would make Milwaukee an Eastern Conference Contender was always the rational that the fans had. The expectations have shifted throughout the season; at minimum, the fanbase expected Milwaukee to finish with a Top 4 record in the east and win a playoff series. As the season has gone along, the expectations have risen to somewhere between making the Eastern Conference Finals to winning the NBA Finals. With how well the team has played all season, the homer and bullishness of fans most likely expect this team to make the Finals.

It’s an odd situation, as I think the team is playing with house money, but at the same time if there was a year to have your best chance at a title, now is the best time with the uncertainty of Middleton, Lopez and Brogdon heading into free agency.

Khris Middleton is the second best player on the Bucks. His skill sets perfectly complements Giannis in with his shooting, playmaking, and defending. The issue is that Middleton is inconsistent; he started the season playing well but goes through stretches where he shoots 2/7 from three for a good chunk of the year. He did have difficulty adjusting to Mike Budenholzer’s offense and both Budenholzer and Middleton made tweaks to his offensive approach.

While Middleton is the second best player in terms of talent and skill, Eric Bledsoe, in my opinion, has performed as the Bucks’ second best player consistently throughout the whole season. His defense could potentially land him an All-Defense nod and he has cut back on the dumb turnovers and poor shot selection. He didn’t perform well against Boston, though hopefully that was more of a psychological issue. I think Bledsoe will step up and be the Bucks’ second best player this series with his defense being a large factor against Kyle Lowry and Fred VanVleet, and he will need to carry the offensive load assuming Kawhi is guarding Middleton.

Malcolm Brogdon was a key piece for the Bucks all throughout the year, but is just now working his way back from an injury, coming off the bench in the Bucks’ final game against Boston. What do you expect from Brogdon in this series? Do you think he’ll re-join the starting lineup?

I don’t think Brogdon will re-join the starting lineup until Game 3 or 4 the earliest, unless there is an injury or Nikola Mirotic plays poorly. Brogdon will continue doing what he’s done all year and that’s score at an efficient rate, hit big shots in the clutch, and be another ball handler to aid the Bench Mob (as noted by Pat Connaughton, playing in the second unit seems like a demotion, while being part of the Bench Mob feels like a promotion).

What (or who) is the biggest swing factor for each team in the series? Where do you think they’ll find their biggest respective edges if they win?

For Milwaukee, Brook Lopez has to play better offensively this series. His spacing is going to be needed to draw Gasol away from the rim and open up lanes for Giannis, Bledsoe, and Brogdon. His defense was still good and often stymied Boston’s offense, but a couple of threes would be great.

For Toronto, I think it’s Pascal Siakam; I’ve said all year he is a problem for Milwaukee and we saw it in all four matchups in the regular season. He didn’t shoot the ball well last series and was banged up, but he has the ability to be a game changer that Milwaukee can’t overlook. It’s expected Giannis will be guarding him, so if he gets Giannis in foul trouble early, that will be huge for the Raptors.

What’s your pick for the series?

These are the two best teams with the two best players in the Eastern Conference. The Raptors are the most talented team Milwaukee has faced and Kawhi is playing incredible basketball at the moment. I think Toronto will win a game in Milwaukee, but I think the Bucks’ depth and the return of Brogdon will result in the Bucks winning this series in 6, though if it went 7, I wouldn’t be surprised either.