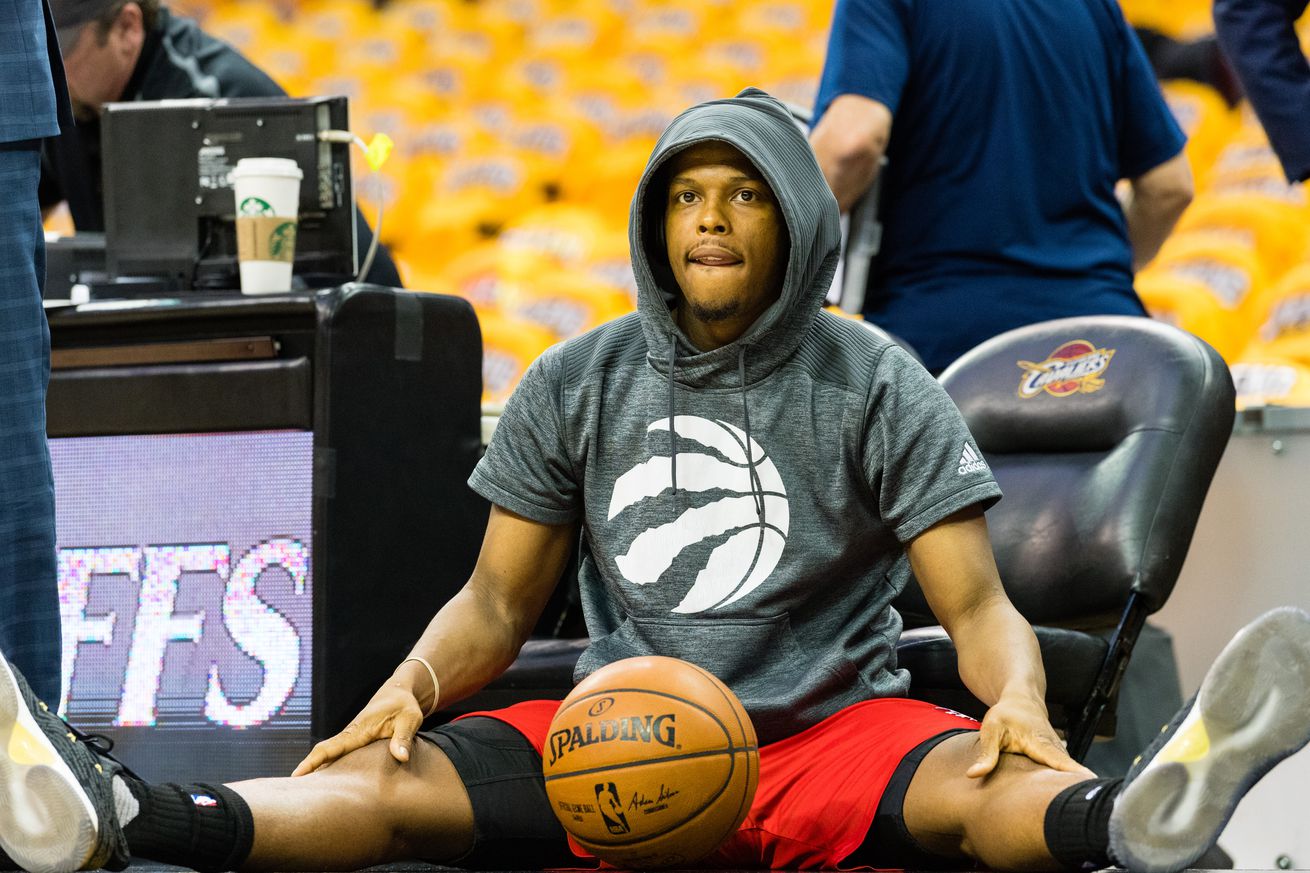 The Cavs continued their dominance by sweeping Toronto in the 2017 NBA Playoffs. But… but Kyle!

Welcome to Forgotten Raptors Playoffs! All throughout the 2019 NBA Playoffs, we’ll be looking back at past Raptors series — going all the way back to 2000 — and digging into the hidden, underrated, forgotten or straight-up wacky subplots and memories!

Today we’re looking back at the first of two consecutive 4-0 Cavs sweeps: The 2017 Eastern Conference Semi-Finals.

The birth of LeBronto, aka LeBron James averaging 36 points on 57/48/83 shooting splits — while drinking a beer on the court and spinning a basketball in Serge Ibaka’s face.

What You Should Probably Remember Instead

The other day I wrote about the on-the-fly construction of the 2017 Raptors, and how they never really gelled. Still, after emerging from the Bucks series at full strength, we as fans had some confidence that we could hang with the Cavaliers. We had (allegedly) the more mobile front court (with Serge Ibaka and P.J. Tucker) that could slow LeBron down, and Kyle Lowry and DeMar DeRozan now had plenty of playoff experience under their belts.

Alas, the Cavs jumped out to big leads in both Games 1 and 2 and took both games easily. But still! The Raptors going home, where they’d won two off LeBron the previous year. And, hey, despite the Ls, Kyle Lowry looked great in the first two…

Except he got hurt in the third quarter of Game 2.

No one remembers this now, because we only remember LeBron clowning us, but Lowry rolled over on his left ankle shortly after halftime of Game 2. He gamely played through it for a few minutes, but eventually he came out for good as the Raptors got dismantled.

His status remained up in the air for the next two days, and he was a game-time decision right up until about an hour before Game 3 … but, he was a no-go and that pretty much sealed the deal. Toronto put up little resistance in Games 3 and 4 as James and the Cavs rolled on to the Eastern Conference Finals.

That’s all different is Lowry is healthy. With Lowry pulling a Willis Reed, and the TO crowd going nuts, the Cavs would have been shook. Channing Frye wasn’t made for this. And … and… ugh, I can’t fool myself any longer.

Lowry’s presence wouldn’t have helped the Raptors win this series… James was flat-out beasting and those Cavs were an offensive juggernaut. Still, Lowry shot 14-of-25 including 4-of-6 from downtown in the two games, averaging 20 points and eight assists. I’d like to believe that Kyle’s presence would have helped the Raptors do what they did in 2016, and hold home court in Games 3 and 4… before bowing out in six. And, I surely would have liked to see him continue to play at a high level throughout the series, as maybe that would have defused all the “Kyle Lowry sucks in the playoffs” rhetoric that continues to find its way into the collective public consciousness.

What do you think: Would a healthy Lowry have made any difference 2017, or was LeBron trucking the Raptors either way?