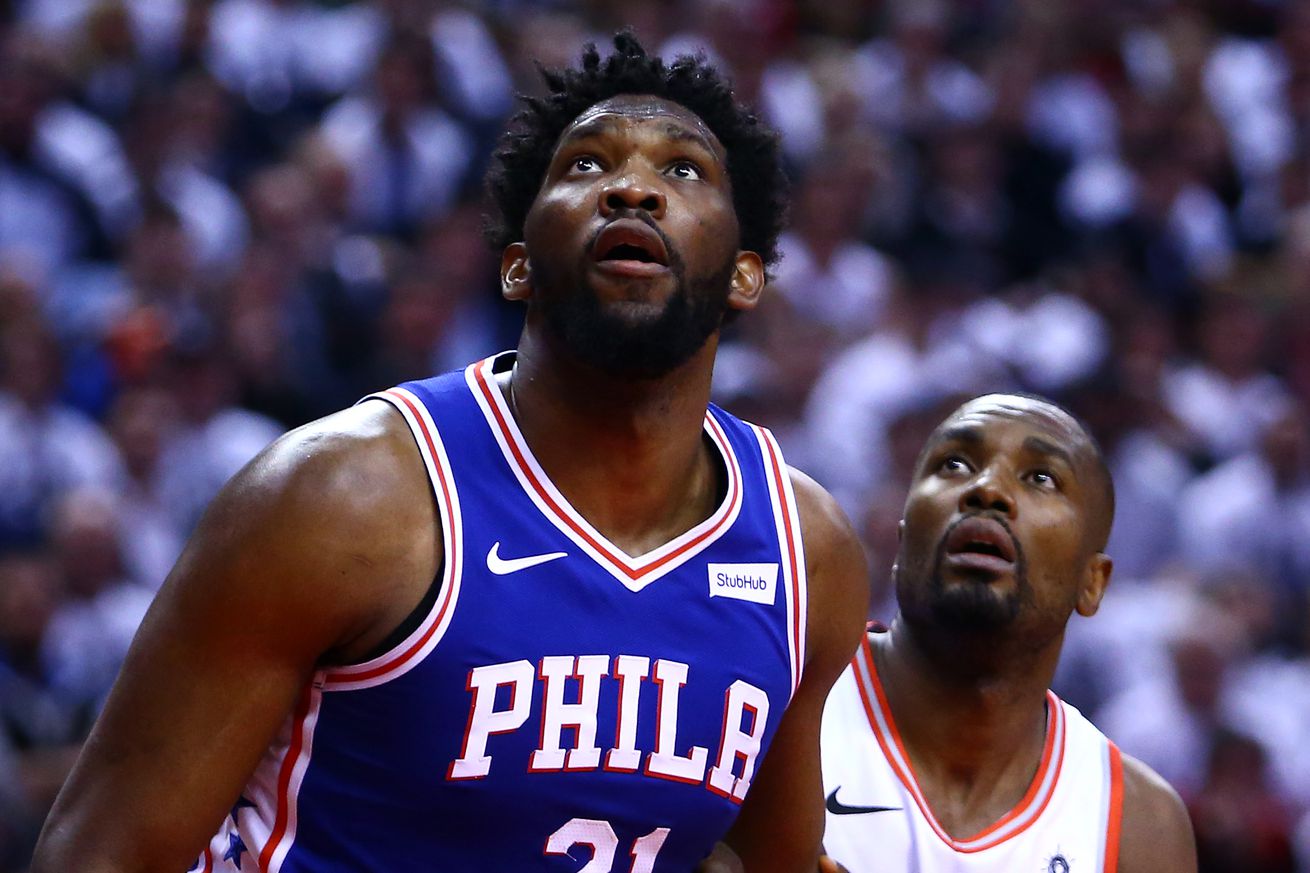 After dropping Game 2, we dig into the numbers to decide what exactly the Raptors did wrong. Missing shots is one thing, but this is something else.

This — and you know what this is already — is getting annoying. The Raptors lost Game 2 to the Philadelphia 76ers, despite very much having a chance to win. They managed to dig themselves out of two deficits, one in the first half and one late in the fourth, but couldn’t quite manage to take the lead. What’s worse: there are some obvious reasons why they couldn’t.

So yeah, this is getting annoying. Let’s dig into what happened in Game 2.

Let’s go through a section from the Game 1 post and see how it aged.

In the 13 minutes against Ibaka, Embiid was unstoppable… He put up 13 points on 10 used possessions and grabbed two offensive boards in those 13 minutes. Overall his line in those minutes pro-rated out to 35 points and 11 rebounds per 36 minutes. And most importantly, Embiid and the 76ers were +14 in those minutes when they got the Ibaka matchup.

In Game 1, the Raptors absolutely swamped the 76ers in the minutes where Ibaka wasn’t on Embiid. I warned that betting on Serge doing that every game is risky, while acknowledging the Ibaka vs. Embiid minutes would likely continue to be a big loss.

Meanwhile, we got to see Marc Gasol’s talents wasted in lineups where his defense was less valuable. On top of that, the Sixers’ defensive adjustments made Toronto’s offense in those runs looks less capable of running over the opposition than in Game 1. Again, my take:

In the 17 minutes against Gasol, meanwhile, Embiid was useless. He put up three points on nine used possessions, going 1-for-8 from the field and getting zero offensive rebounds. None of that is a typo, that’s what happened. Pro-rating that line to 36 minutes like Serge’s line above, and it looks even uglier — seven points and nine rebounds on 17 field goal attempts. The Raptors won those 17 minutes by 10 points.

In Game 2, Embiid spent 19 minutes lined up against Gasol, and yet again the impact was obvious. Embiid went 2-for-6 from the floor, went to the line only once, and most importantly, the Raptors won those 19 minutes by 11 points. An almost identical margin to Game 1.

As for the big gains from Game 1 in the minutes Gasol (read: the starting lineup) played while Embiid sat? Well, let’s revisit just how silly a margin that was in Game 1 first.

Gasol played his remaining nine minutes away from Embiid mostly beside the rest of the starting lineup, or at least most of it. In those nine minutes, the Raptors were +19. Nine minutes. Plus nineteen.

Yeah, so, that was never going to hold up. And oh boy it did not.

Gasol played a full 15 minutes this game when Embiid was not on the floor, and the Raptors actually lost those minutes by four points. Now, that’s not a disaster on the face of it. But when you are trading Ibaka playing 13 minutes matched to Embiid for those minutes, you have to win them handily, and losing them is, relatively speaking, a disaster. Making that trade off, knowing the risk of it might cost the game, is indefensible.

In Game 1, before garbage time, Meeks played 1:13, did literally nothing on the box score, and was a -3.

In Game 2, Meeks outdid himself, playing 1:30, missing a shot and committing a turnover, and was a -4.

You may ask what benefit there could possibly be in giving one minute of playing time to an end of bench player in the middle of a close game. Clearly you aren’t buying any other player much rest with that one minute. You are hardly putting the player in a position to succeed by having him sit for a long stretch and then bringing him cold into a game well under way. And you aren’t helping the team succeed in those minutes in the least.

I don’t have an answer for you. Meeks, or anyone further down the depth chart than Norman Powell (and even him only because OG Anunoby is hurt), playing any meaningful playoff minutes at all is just unbelievable.