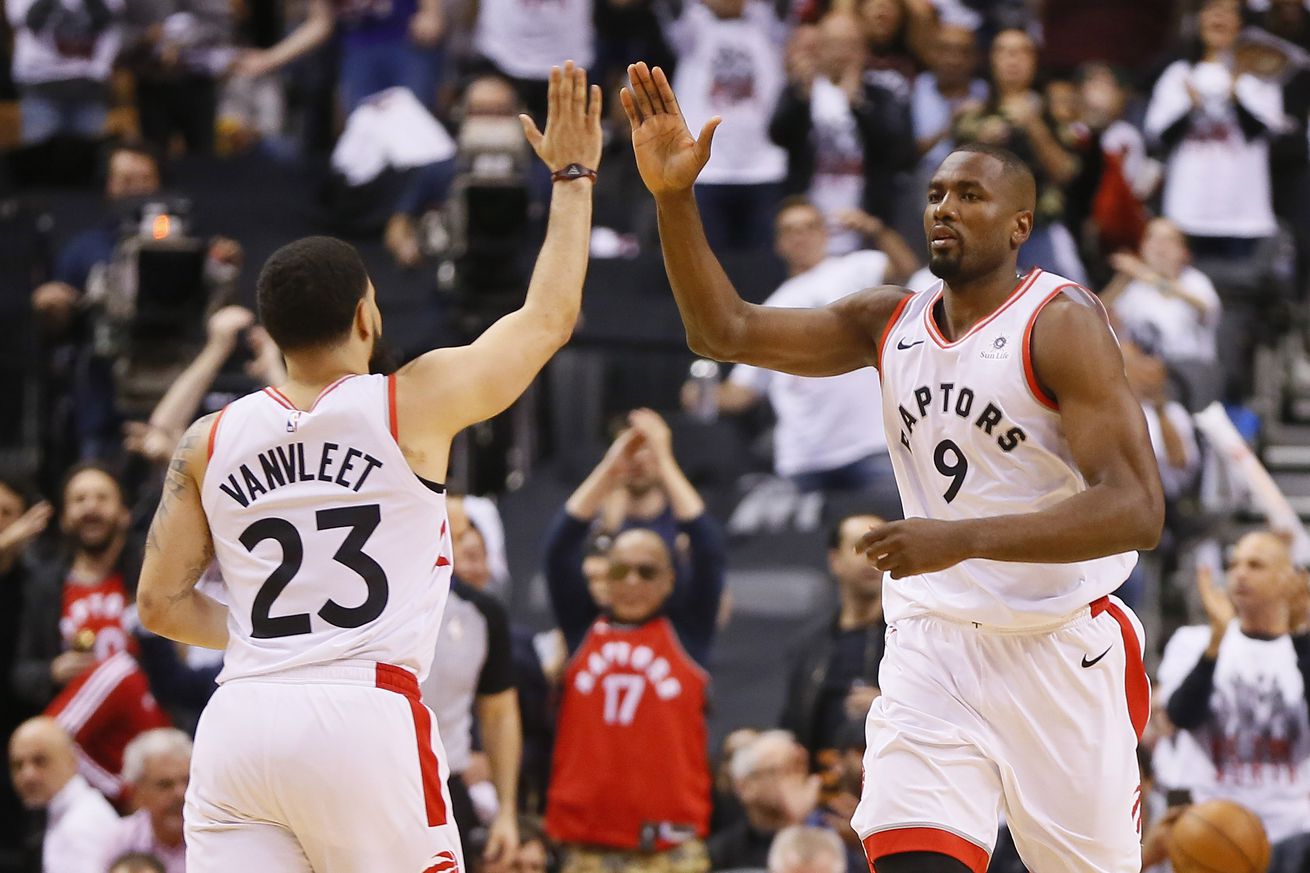 Fred VanVleet isn’t back just yet. But, for a brief moment last night in Game 5, it looked like he had returned to form, and that made all the difference for the Raptors.

For two consecutive years now VanVleet has been one of the league’s premier reserves, able to function as a good shepherd for the offense in bench units and as an elite fifth guy when playing alongside stars. VanVleet has been horrific in this playoff series whether operating in either role: he’s decidedly lost his minutes, even when paired with Kyle Lowry and Kawhi Leonard. He’s been unable to hit shots when spacing off the ball, and has been downright abysmal with the ball in his hands. VanVleet was crucial for the Raptors all year, but he’s been the Raptors’ worst player in this series. That didn’t really change in the Raptors’ 125-89 win over the Sixers in Game 5. VanVleet scored just five points on five shots, had only a single assist to go against two turnovers, and managed the worst plus/minus of any Raptors’ rotation player. He was decidedly not back.

But, in the most significant run the Raptors had last night, it felt briefly like he was. Keep in mind, VanVleet wasn’t the only ancillary player struggling for the Raptors entering last night. In fact, one could argue that literally every single secondary player on the roster, from Lowry down to the end of the bench, had had a rough series to that point. VanVleet had simply been the worst of a bad bunch.

Non-Kawhi Raptors on wide open shots in this series:

The narrative entering yesterday’s game was that the Raptors would be toast if their star, Kawhi Leonard, descended below the superhuman heights he had reached through the first four games of the series. The Raptors were barely scraping by while Leonard was making shots at an impossible, unprecedented rate. If Leonard faltered even a little it looked like the bottom would fall out on the Raptors’ offense.

Then, to start last night’s game, Leonard looked human. He began the game 0-for-4 from the field, and failed to register a field goal until less than a minute remained in first quarter. In addition to missing shots, he was seeing multiple bodies on every drive, sometimes even seeing double teams outside the three-point line. The Philadelphia 76ers were betting everything on cutting off the head of the snake.

But the wheels didn’t fall off of the Raptors’ offense the way they were supposed to. Secondary creators like Lowry and Pascal Siakam were more aggressive seeking out their own shots, and when Leonard saw double teams he trusted his teammates, and they delivered. The supporting cast, beleaguered to that point in the series, was pitching in down to the last man. Towards the end of the first quarter, the Raptors went on a 12-to-1 run that erased any damage that Leonard’s early struggles might have done. It was capped by the first 3-point make of the series for that aforementioned “last man.”

With the other guys hitting shots, the Sixers couldn’t afford to be quite so aggressive sending help Leonard’s way for the rest of the game. Much of the weight lifted off his shoulders, Leonard was able to bounce back throughout the rest of the night, ultimately managing a 21 point, 13 rebound, and four assist performance. With Leonard back in rhythm the Raptors would never relinquish the small lead they gained via that end-of-quarter run, as the contest swiftly devolved into a blowout.

Over the course of one quarter the Raptors were able to flip the script. They went from a one-man show to a complete team, and it allowed them to decimate the Sixers in a pivotal game. And, though he might not be all the way back just yet, in that moment last night Fred VanVleet was the last piece to the puzzle.