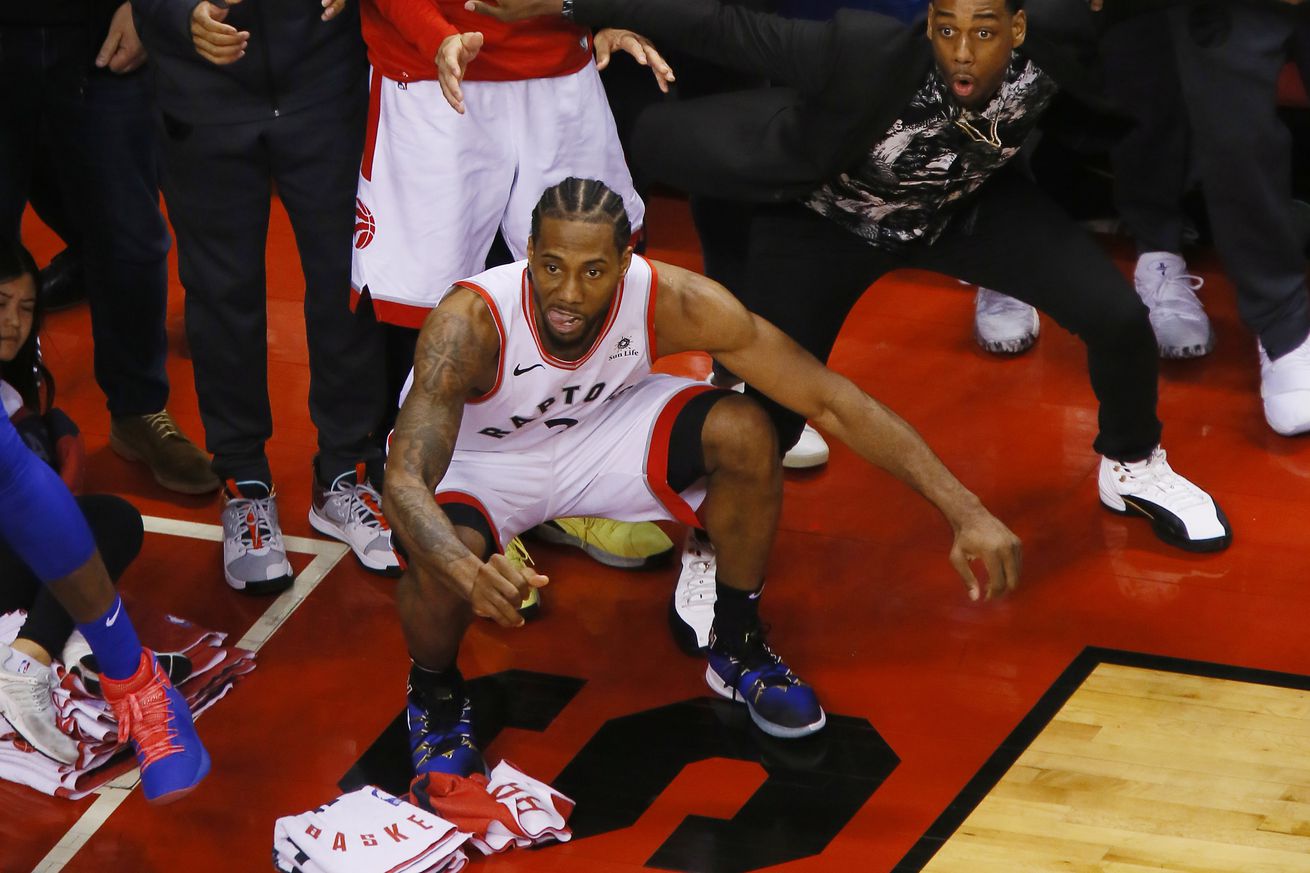 If you’re a Raptors fan, you’ll never forget this shot. You’ve seen it, you’ve heard it — and you’ll remember it. It’s Kawhi and Toronto in Game 7 against Philly. What an ending.

We’ve already a run down on Raptors-Sixers Game 7 here. It’s got the summary of what happened and some deep reflections on the 18-year comeuppance Philly was served with in this game; I suggest you read it if you haven’t yet.

What you’ll find here is the reaction to those those final seconds, when the game was tied and there was 4.2 seconds left on the clock, and Kawhi Leonard turned the corner looking for enough space to get a shot off.

He did, and it went in. How’s that for a turning point?

Before Marc Gasol beamed the inbounds pass to Kawhi Leonard at the top of the arc, I’m almost 100 percent confident that fans’ thoughts were bouncing off each side of their skull like a game of Pong — their advanced organic computing machines desperately attempting to find a way to feel good about a tie game and the very real, impending overtime that the game was heading into. Toronto knows to prepare for the worst.

We’ve seen Jimmy Butler hit huge shots in Toronto before; he’s been killing this team since his days in Chicago. The problem in the past is that the Raptors have never had a player just as good as Butler at making those big shots. In Kawhi, Toronto had hope, but he still had to prove it. So as the crowd readjusted their vision and the teams took their positions for the final play, I’m not sure anybody had any idea what was going to happen. Just know: it’s okay if you assumed a missed shot.

As Ernie Johnson noted post-game on TNT, it’s the first ever Game 7 buzzer-beater in NBA history. There’s a few details in there to parse out, so be careful — not only a buzzer-beater, or a buzzer-beating series-winner, but a buzzer-beating, series winning shot in Game 7. Never before. Michael Jordan won a series over the Cavs in ‘89 with his Game 5 buzzer-beater now famously known as “The Shot,” however that was a first-round series winner before the NBA shifted to seven-game Quarter Finals playoff series. (Insert your “everything is a new stat in a stat-keeping world” philosophy.) Still, this is a big deal. A very big deal.

Let’s all relive it together with everyone all at once. Check out these reactions:

Kawhi: “Pretty much I’m a guy that acts like I’ve been there before. So probably the last time you’ve seen me scream was when we won.” Says this was a new experience, so he showed emotion.

I couldn’t get over the similarities between Kawhi’s and Vince’s shots. So I played them side-by-side.

Unreal. What a moment. pic.twitter.com/zAHNqJOWyl

Who’s the best player in the world, Kawhi or KD?

Kawhi Leonard’s jumper is the first game-winning field goal at the buzzer in a Game 7 in #NBAPlayoffs history! pic.twitter.com/gSTbqRHX81

Toronto’s reaction to Kawhi’s game-winner will give you CHILLS ❄️pic.twitter.com/AGeZ1D5fHf

Kawhi put himself in some elite company pic.twitter.com/VdTIAnq92w

One of the biggest shots in Raptors history in four photos. pic.twitter.com/g8MIUUxm0b