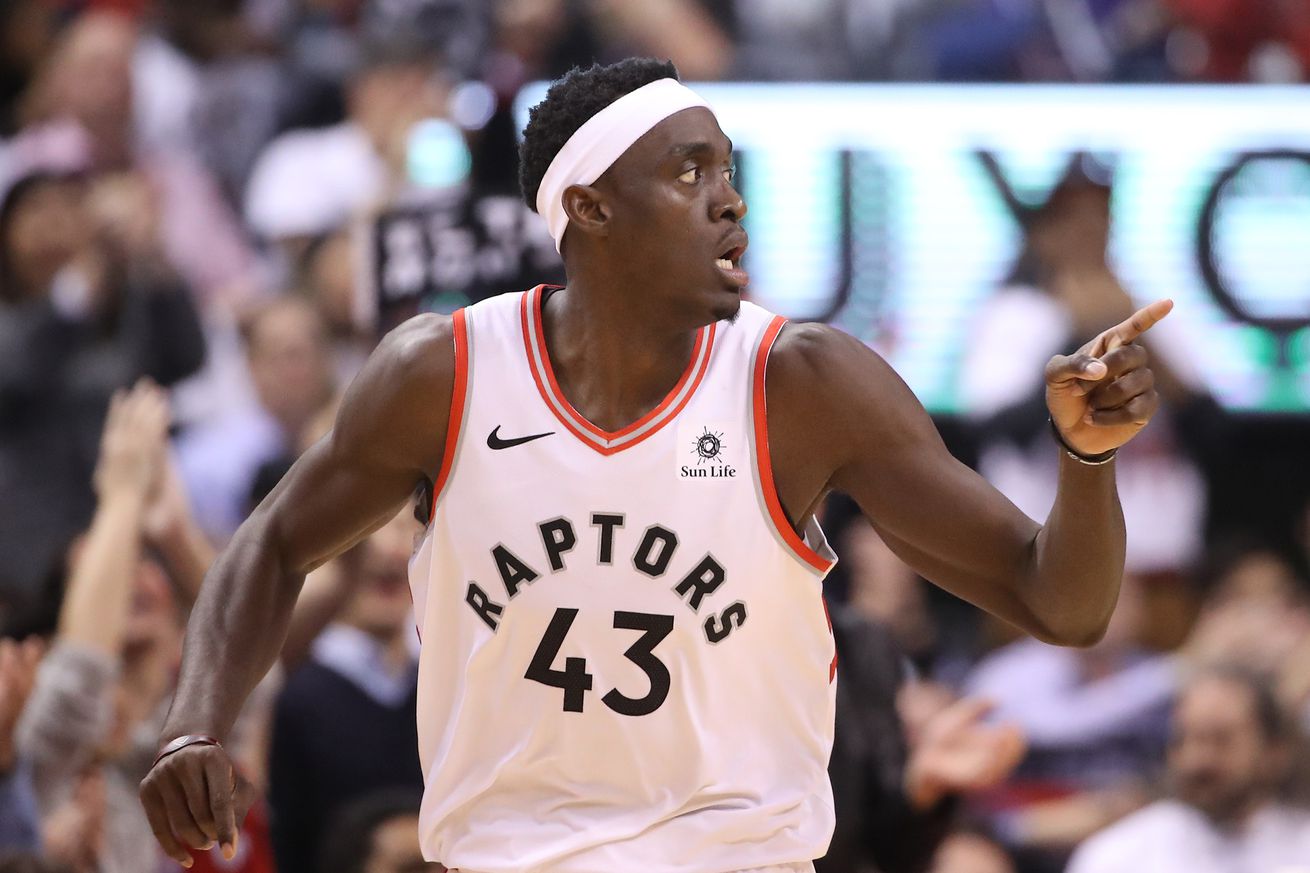 Pascal Siakam has a calf contusion. Is it time to panic?

If the outcome of Game 3 left you feeling queasy, the news out of Philadelphia today isn’t going to make you feel any better:

Pascal Siakam is doubtful for Game 4 with a calf contusion.

I don’t think I need to overstate the obvious here: if Pascal Siakam can’t play, or even if he’s limited, the Raptors are in serious trouble. Siakam has easily been the Raptors’ second best player in this series thus far (a low bar, to be sure, but still), and his absence means more minutes for Serge Ibaka and Norman Powell (who have been disastrous to date).

To date in this post-season, SIakam’s averaging a studly 22.9 / 7.4 / 2.5 on a 58.8 True Shooting percentage and a Usage Rate of 25.9. At times — including Game 3 — he’s been the only willing scorer on the team outside of Kawhi Leonard, and his absence will only stand to ramp up the double teams Leonard will face when he’s asked to run the offense.

If there’s any hope for Game 4 success, it is due to Kawhi. He remains the best player in the series, and there’s no shortage of examples of Herculean star performances bailing teams out when the chips are down. Leonard’s one of the few guys on earth capable of winning a game on his own. He will have to do that on Sunday afternoon if Siakam is in fact sidelined.

Powell, to me, is the guy to watch in the wake of the Siakam news. The most obvious way to plug the Siakam-sized hole in the starting five is probably to stick Ibaka in his old spot as the starting four — though that has serious “Tobias Harris goes off for seven threes” potential. Norm’s height may put him at a disadvantage in this series, but he’s not shy. Similar to his Game 4, life-saving performance against the Bucks two years ago, his juice as a weak-side attacker could at least make Philly think twice about loading up on Kawhi. Sliding Leonard to the four, Green to the three, and having Norm start at shooting guard may be the best way to maintain some dynamism in Toronto’s starting unit.

Norm’s contract extension was largely earned through his propensity for big-nutted playoff moments. He will need to have one on Sunday, or the Raptors are surely boned.