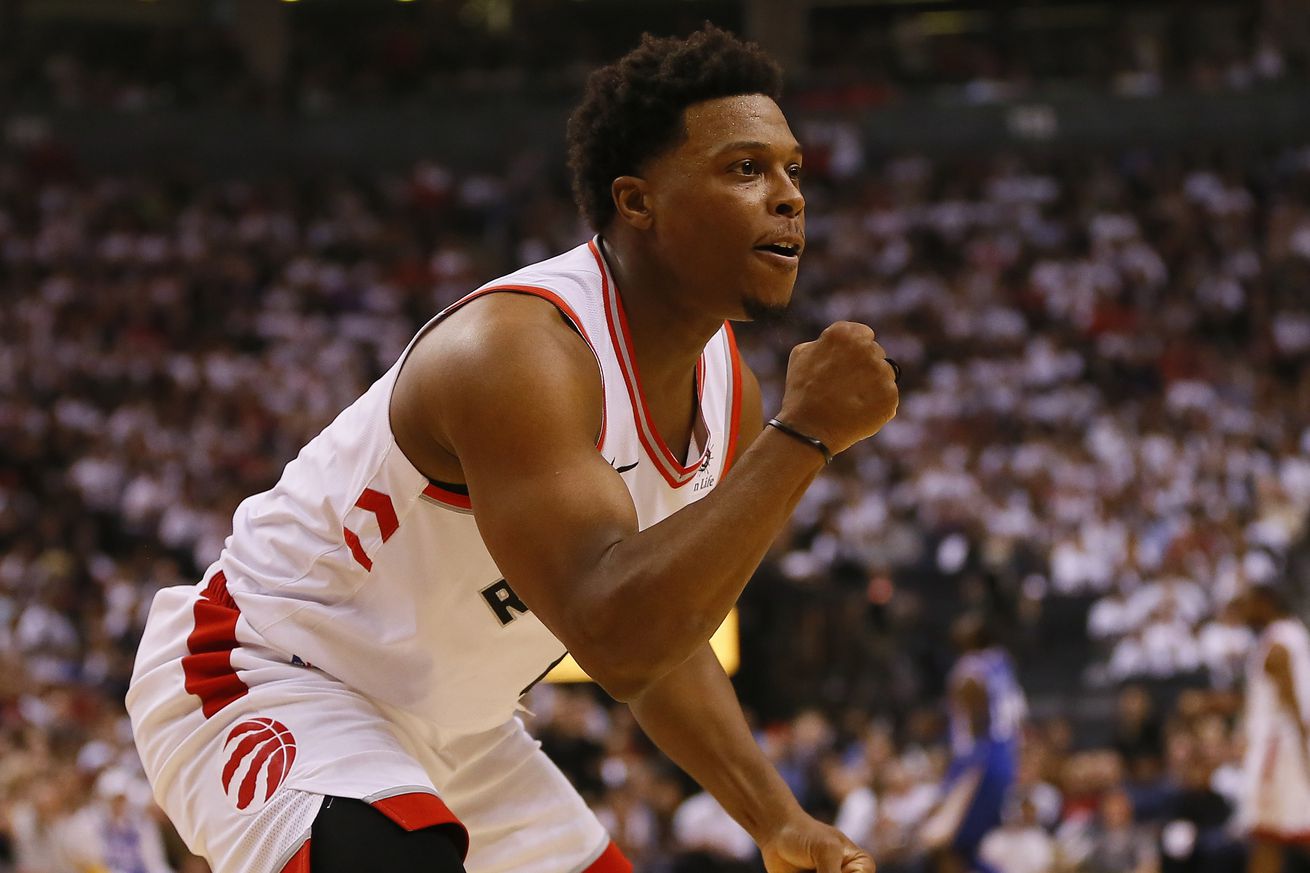 The Raptors’ point guard no longer needs to be his team’s best player. But can he put aside his own self-doubt to once again be the emotional engine his team so desperately needs?

If you were going to create a list of the qualities that a great leader has, Kyle Lowry checks a great deal of the boxes. He’s enormously intelligent. He’s hardworking. He has a sense of humour. He leads by example.

At the same time though, Kyle is a prickly personality. And he puts enormous pressure on himself — who can forget his late-night post-game shooting sessions during the 2016 playoffs? After a loss, his press conferences often sound like a philosopher trying to wrestle with life’s great existential mysteries.

There’s a reason philosophers have approximately 500,000 books and precisely zero dunks on their resume: too much thinking is not ideal for the professional athlete.

Your great athlete can come in the LeBron or Kobe mode — clearly as smart as anyone else in the room, but not one to overly vocalize their innermost personal reflections. Or they can be Rob Gronkowski — blessed with physical gifts, but not known much for plumbing the deep questions of our times. What they can’t or shouldn’t be is the type who self-flagellates themselves whenever they come within fifteen feet of a microphone after a tough loss.

The truly great ones have an outwardly unshakeable confidence. At best it’s inspiring. At worst it makes them seem aloof and superior. Either way you never question their deep belief that they’ll win. And if they lose, it was only a blip. Victory is always theirs, ripe for the plucking.

The Raptors’ problem of course is not the lack of a great athlete. Kawhi Leonard has been a machine in these playoffs. You may have heard he’s shooting 62 percent through the first four games of this series against Philadelphia. Forget about that, strip out Game 3 vs. Orlando, Kawhi’s own personal “flu game”, and he’s shooting sixty-three percent for the entire playoffs.

Leonard’s greatness is virtuoso in nature. To watch him play at the peak of his powers is to watch someone performing almost beyond the scope of human achievement. He’s Michelangelo painting the Sistine Chapel. Mozart beginning his composing career at the age of five, Einstein developing the theory of relativity while working as a patent clerk.

Even if Kawhi had the personality to want to be the emotional bellwether of a team, how on Earth could you follow him? On the court he’s an ideal. Not a person.

Who then can the Raptors turn to?

Danny Green has the championship pedigree and the self-confidence, but he’s a combination of too new to the team, not quite integral enough to the machine, and not the type of personality that would force a locker room to turn to him.

Marc Gasol? A lot of Danny Green, but without the pedigree. You could argue that the soft-spoken Spaniard might be too Lowry-esque in his ability to honestly and intelligently analyze the game. You could also argue his repeated playoff heartbreaks might be too fresh in the rear-view mirror to give him the perspective to keep the Raptors from steering into another one of their own.

Pascal Siakam? One day, perhaps. But right now he, and Nick Nurse, are still trying to figure out if the forward can make a counter-adjustment to the tactical curveball Brent Brown threw at him in Game 2.

And speaking of Nurse, for all the myth-making of the Knute Rocknes and Vince Lombardis of the world, coaches rarely have the ability to be their team’s leaders. In the NBA the list likely starts and ends with Gregg Popovich.

Serge Ibaka? There’s a case to be made. He’s almost certainly one of the leaders behind the scenes, but with Ibaka there’s always the lingering fear he’s one stray elbow away from becoming the masked maniac sorority kids flee for 90 minutes.

This is where you look down the Raptors bench and the wealth of inexperience hits you. There’s no Grant Hill sitting down there. Or Nene. Or Shaun Livingston. There isn’t even a human security blanket who you’d never put on the floor, but can stand up in the locker room, a la Darrick Martin, and remind everyone that it’s only a game.

By process of elimination then, it’s Lowry who has to be the emotional rudder for the Raptors ship. While that feels like a huge task. It also has the faint whiff of opportunity to it.

This is the best non-LeBron playoff team these Raptors have ever faced. The Raptors, despite all their issues: struggling to make shots, injuries, an AWOL bench, are in the driver’s seat with two of the next three at home.

You could make the argument that if they come through this series, the pressure is off. They’ll have made it to the Conference Finals — a result everyone agreed was reasonable before the year began. Even if they lose to the Milwaukee Bucks (I’m calling the time of death on the Boston Celtics at 10:22 of the third quarter quarter of Game 4), if they put up a real fight, the season will go down as the most successful in Raptors history.

This is why these next two (or three) games are so key to the way we’ll look at Lowry’s career. Win them, and at the very worst he’s the guy who helped to take two Raptors teams to the Conference Finals. That’s no small feat. Masai Ujiri has built a team where his point guard no longer has to be the best player on the court, or even arguably the second best player to win any given night.

Being so smart and self-reflective, you can tell Lowry knows it. In a way, that’s allowed him to ratchet down the amount of pressure he puts on himself. It’s hard to imagine Kyle locking himself in a gym with his demons, like he did after that Game 1 vs. Miami in 2016.

You can see it from the acknowledgement that he and Ujiri sat down in February to “clear the air.” Lowry understood he needed to get his feelings on the DeMar DeRozan trade out so he could play his best ball.

At that best, Lowry controls the emotional temperature of the game for Toronto. He’s taking charges. He’s relentlessly working the refs. He’s finding just the right time to make one of his increasingly rare forays into the paint. He’s stopping an opponent’s run by throwing a home-run pass, or using that same pass to break their spirit and force a timeout. His team feeds off his energy and the Raptors look like they could beat anybody in the NBA four times out of seven. At his very best, he’s hitting four or five triples.

The triples would help, but what the Raptors really need is that first version of Kyle. The one who is the unquestioned leader of the team. The one who puts up the sort of game that, win or lose, allows him to check the self-analysis at the door.

If that Kyle shows up now, in this situation, it could change everything. The series. The Raptors’ future. His legacy.

Now all the smartest guy in Raptors history needs to do is to stop thinking, and just go out and play.