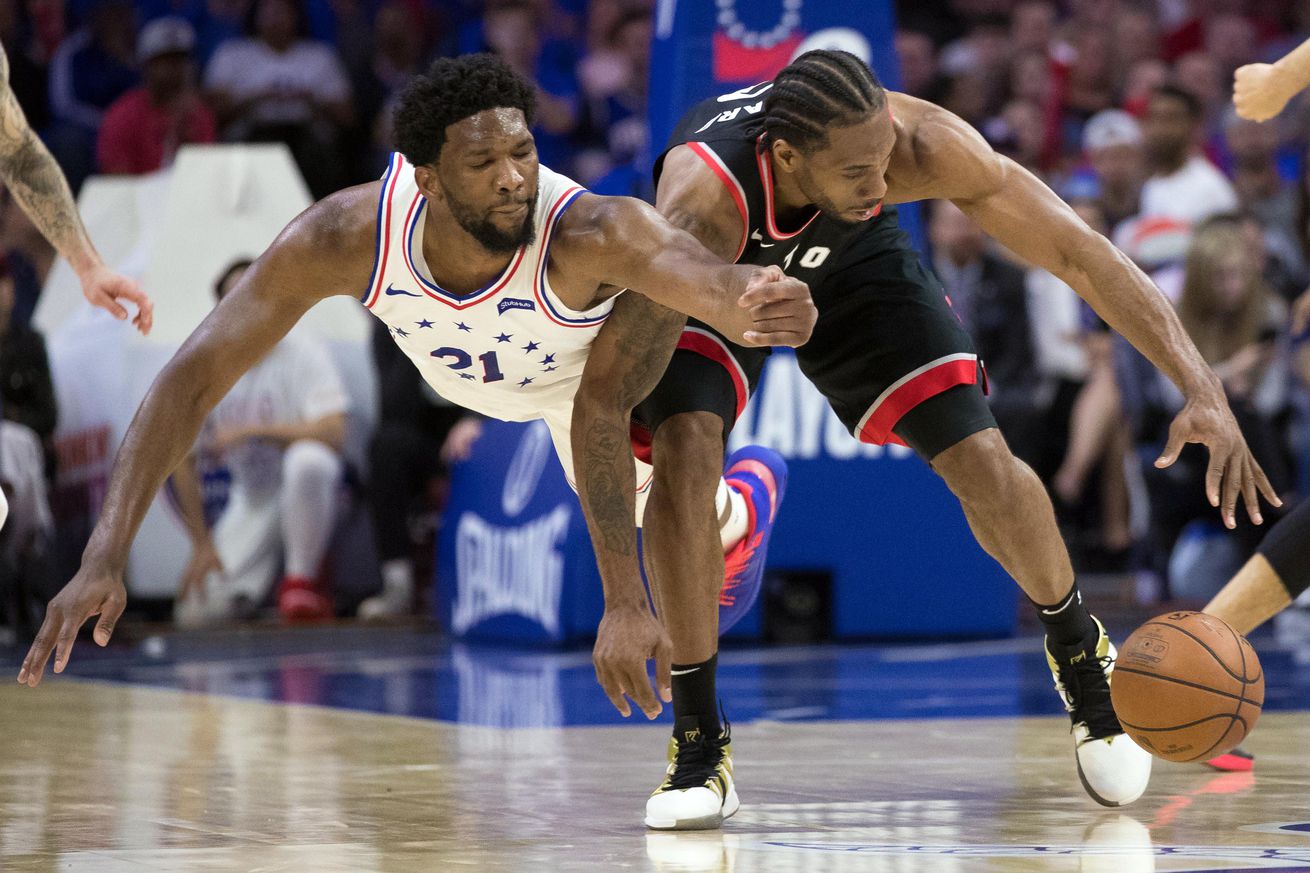 After a frustrating Game 3 loss to the Sixers, the boys try to assure us that Everything Is Fine with the Raptors.

Last I checked, the Raptors only needed one win in Philadelphia to regain home-court advantage. When Kyle Lowry states that Kawhi Leonard needs more help, doesn’t he have a history of bringing his A-game? Hasn’t a season-long worth of games with constant rotational changes – and continued success – afforded this team some leeway that they’ll “figure it out”?

The answers to these questions will have to wait until Sunday, but for now, listen to our latest episode as we dissect Game 3.

Raptors were treading water with Kawhi on the court… and absolutely sinking when he wasn’t. At least Danny Green started hitting from deep.

In an ironic twist of fate, it’s Kawhi who is managing the Raptors’ load. Passing and assist rates have increased since the trade deadline, but the Raptors fell victim to over-passing and lots of apprehension. If a fire wasn’t lit after Game 2, it certainly is now.

Some missed (groin-related?) calls by the referees created a negative trickle effect. Foul trouble led to slower defensive rotations and/or less aggression — a staple of the Raptors’ playoff strategy.

In Game 2, Nick Nurse was out-coached and seemingly unprepared for Brett Brown’s adjustments, which (I guess?) is understandable after how well things went during Game 1. There was no excuse for how poorly he coached in Game 3.

What happened to all the experimentation we saw in the regular season? Not to say that Nurse needs to experiment new rotations/lineups, but the fruits of his in-season tests should be used now. Whether that means dusting off the Lowry-Ibaka PnR (you know, when Gasol rests during those Embiid-to-bench moments), or staggering the bench minutes, so that Fred VanVleet, Serge Ibaka, and Norm Powell aren’t all on the floor at the same time (who would do that?).

The laundry list of improvements needed are growing and should now include crashing the boards on the defensive end and capitalizing on turnovers (Raptors produced more turnovers but transition points were fairly even).