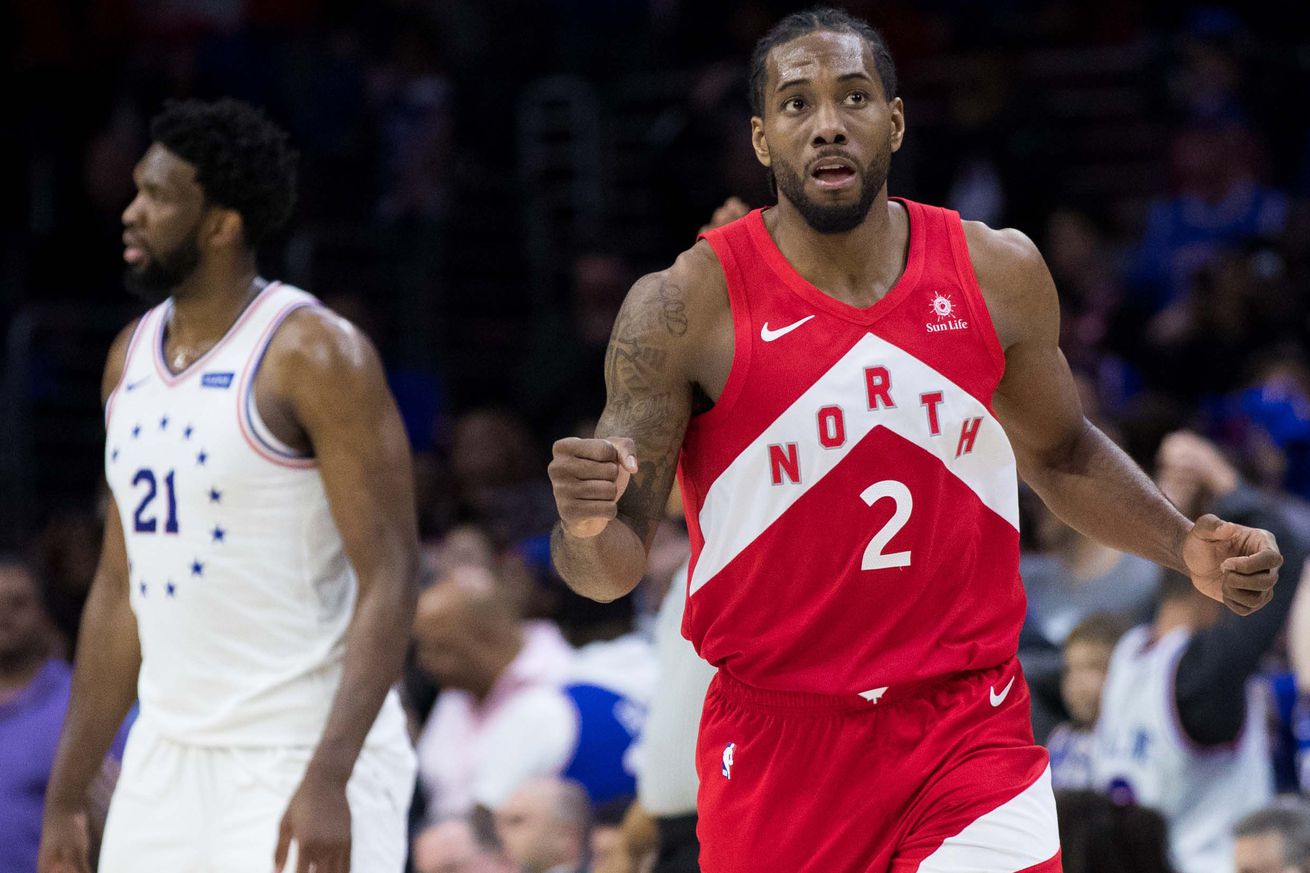 The Raptors overcame a lot of obstacles to even their series with Philly. Listen as the boys sing Kawhi’s praises after Toronto’s Game 4 victory.

If it was extra windy in your neck of the woods, that’s because millions of Raptor fans let out a collective sigh at approximately 6:15 pm on Sunday.

The Raptors overcame an injury to their second-leading scorer, another shooting display by Jimmy Butler and JJ Redick, a rabid Philadelphia crowd backed by a 2-1 series lead, another no-show from Fred VanVleet and Norm Powell, and a game refereed by Marc Davis AND Tony Brothers. Toronto overcame a lot to get right back to where it started… a tied series.

We were still catching our collective breath as we recorded the latest post-game episode of That’s A Rap. Enjoy!

If a picture is worth a thousand words….

There are no more words that can describe what Kawhi Leonard has done during his inaugural Raptors playoff season. The latest chapter in Kawhi’s magical season was, at least to this point, the best we’ve seen. Nobody hit more clutch FGs (game within five points, with five minutes or less in 4th/OT) than Kawhi this season — none bigger than the 3-point dagger in the final minute pushing a tight one-point lead to a four-point cushion.

After an abysmal Game 3, Kyle Lowry called himself out and came through. He scored early, set up his teammates late, and provided his typical bulldog mentality on the defensive end.

A win’s a win, but there were some areas that needed cleaning up. Whether it’s doing a better job of capitalizing on turnovers, increased ball movement, or a more concerted effort to shut down Jimmy Butler, the Raptors could have had an easier victory.

In addition to Lowry, Marc Gasol (team-leading +13), Danny Green (yay, double-digit scoring), and Serge Ibaka (outscored the Sixers bench!) all stepped up to save the Raptors’ season.

11:15 – Nurse made the right adjustments