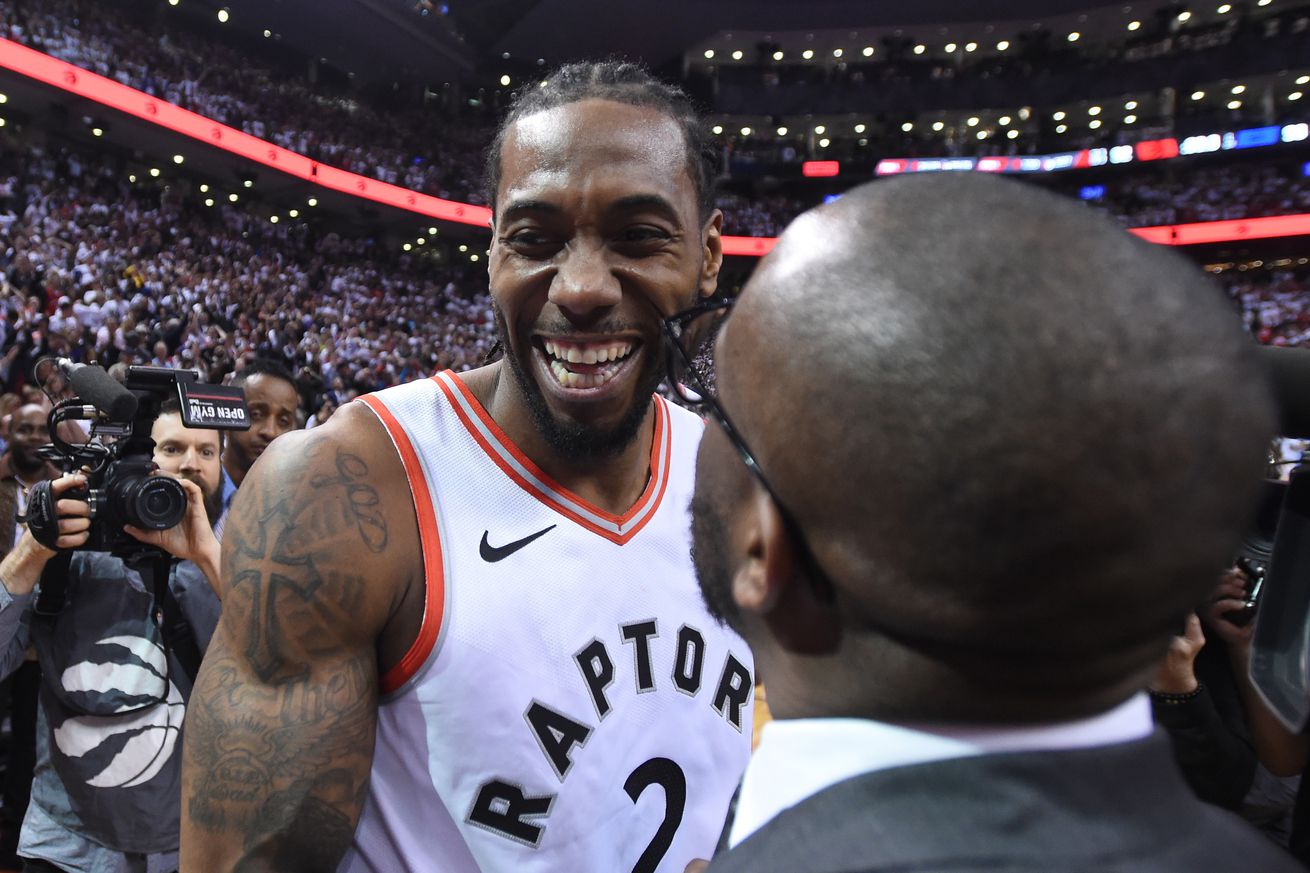 An epic shot to end an epic series can only be summarized by an epic podcast. Join in the celebration and listen to the latest episode of That’s A Rap.

Before moving forward, let’s relive this epic Game 7. Where were you when Kawhi hit The Shot?

Game 7 in a best-of-7 series carries more pressure than Game 5 in a best-of-5 series. Conference Semis are more important than the Conference Quarters. Joel Embiid is one of the best defenders in the NBA, while Craig Ehlo never was. Sorry MJ, but Kawhi’s shot has just overwrote the existing NBA file titled, TheShot.gif.

Toronto played with the drive and energy that was simply non-existent in Game 6. Name your hustle play — offensive rebounds, steals, charges taken — and the Raptors had a giant advantage over the Sixers.

The contributions of Kawhi Leonard, Kyle Lowry, and Serge Ibaka will live in Raptors lore.

Kawhi is arguably the Playoffs MVP to this point — a discussion that will surely continue as we head into Conference Finals showdown with Giannis Antetokounmpo. It can’t be overstated that Kawhi’s shot, with all of its implications and the pressure of the game/series/franchise situation, is the greatest moment in franchise history.

Kyle was absolutely vital to Toronto’s success, and did it all after popping his thumb back into place.

And while Kyle will justifiably get the acclaim, especially with the enormous offensive boards he pulled down in a late possession, the unsung hero of Game 7 was Serge Ibaka. Serge exorcised a lot of playoff demons with his 29-point performance.

The wear and tear from a physical seven-game series took its toll on all the players involved. It showed in the box score and showed in all of the missed open shots. With a couple days rest, and Philly’s length no longer in the way, Toronto will need to re-focus for Milwaukee.

Bring on Milwaukee because #FearNotHere.