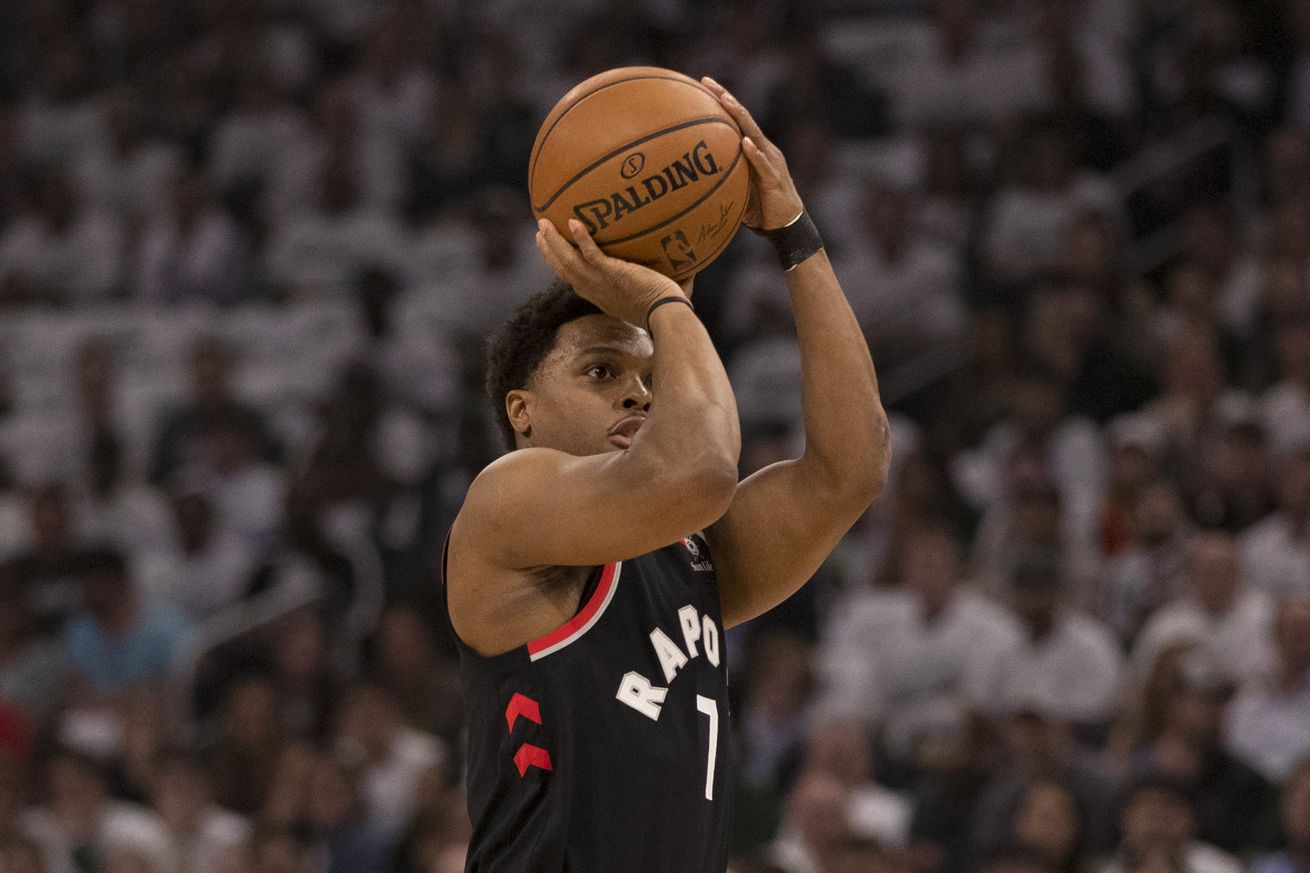 A vintage K.L.O.E. performance was not enough for the Raptors in Milwaukee. Listen as the boys talk about all the positive takeaways from Game 1 of the ECF.

Toronto was able to lock down most of Milwaukee’s starters in last night’s opening game of the Eastern Conference Finals, but the margin for error at this stage of the postseason is razor thin. For the Raptors, the aforementioned poison ended up being Brook Lopez, who helped his Bucks secure the win with a big fourth quarter.

In Milwaukee’s case, Kyle Lowry was their poison, as they elected to lock down Kawhi Leonard and Pascal Siakam, but Lowry’s 30 points weren’t enough.

Raptor fans may complain of a missed opportunity, but we couldn’t help but discuss the many positive takeaways from Game 1. Listen to the latest post-game pod and chime in with your thoughts.

Free from the arms of Jonathan Isaac and the length of Ben Simmons, the Raptors finally looked like the post-trade-deadline version of the team that led the league in three-point shooting. Led by Lowry (who had seven triples on the night), each starter nailed at least one three-pointer in the first quarter. A dream start.

Kyle had a vintage K.L.O.E. performance. He’s historically struggled in Game Ones, so that was a welcome sight. Overall, the Raptors were able to play their style with aggressive defense leading to transition buckets. Toronto was also very composed through each of the first three quarters. Whenever the Bucks made a run, the Raptors had an answer… at least until late in the 4th.

The Bucks play a very smart defense that packs the paint to deter dunks and layups, while allowing mid-range shots and plenty of open threes. It works because the open threes they allow are only to the opposition’s weak links. Enter Marc Gasol and Danny Green. Until they start hitting threes with any regularity, and without hesitancy, the Bucks will happily leave them open. After playing a gruelling seven-game series with Philadelphia, the Raptors bench needs to step up. Philly’s long defenders are no longer in the way and Nick Nurse needs to avoid playing three bench players at the same time.

Hand it to the Bucks. They’re a deep team that needed someone to step up. With sub-par performances from Eric Bledsoe, Khris Middleton, and, by his super-human standards, Giannis Antetokounmpo, it was Brook Lopez who came through in the fourth quarter. His timely blocks on the defensive end and back-breaking threes on the other end propelled the Bucks to victory.

There were a bevy of positives the Raptors can take away from the game. They controlled the tempo for most of the game and simply ran out of steam in the final three minutes. If there’s any takeaway from this game, it’s to be prepared for a long, tight series.