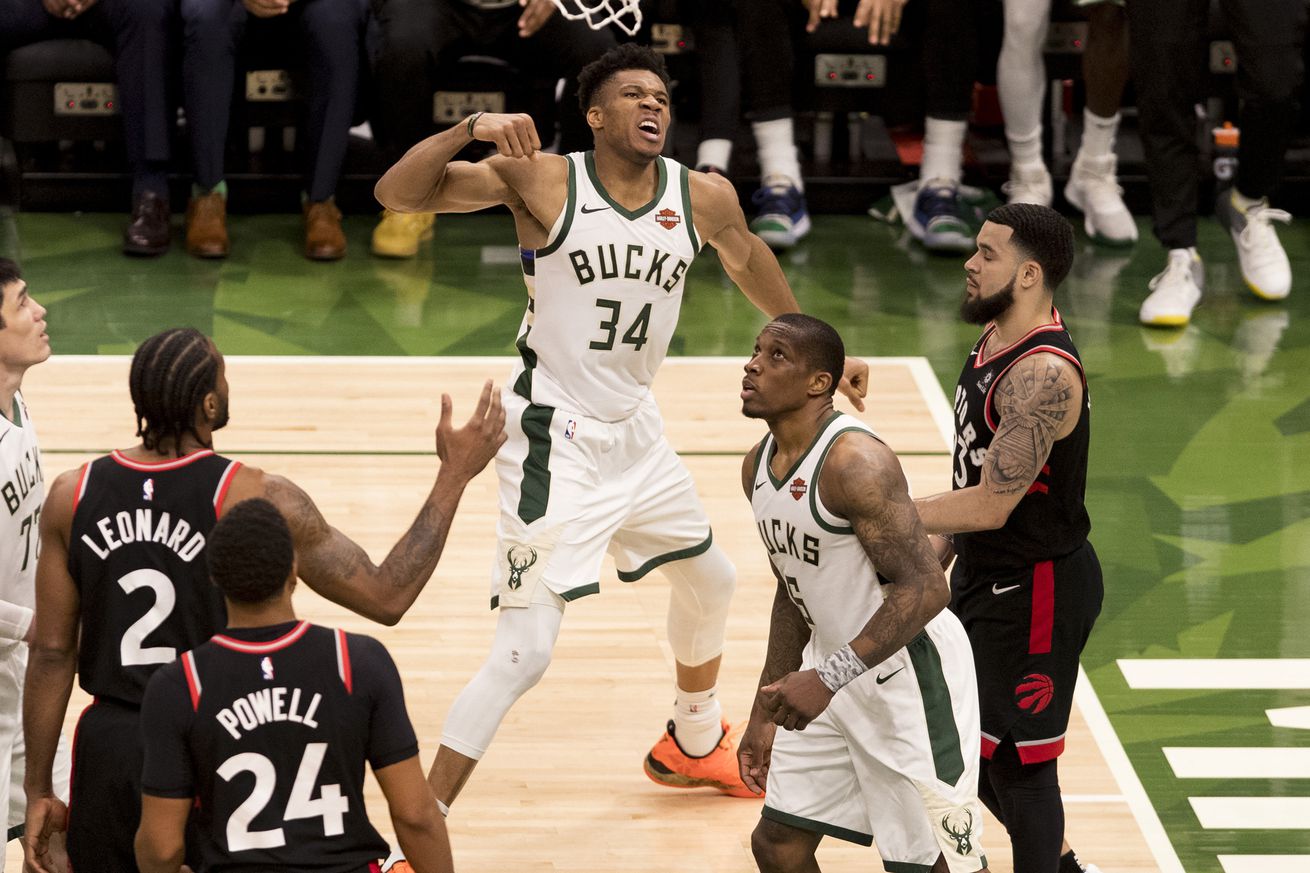 Game 2 was not fun to watch for Toronto. Luckily, the boys are here to discuss what went right and how the Raptors can still turn this series around.

If there’s anything to gain from the Raptors during these playoffs, it’s how they’ve responded when their backs are against the wall. Down 0-1 at home vs. Orlando, and down 1-2 on the road vs. Philly, Toronto revived their season with impressive victories. That resiliency will be put to the test on Sunday, when the NBA’s best team visits Scotiabank Arena.

Before jumping ahead, we had to discuss the debacle that was Game 2.

When one team dominates another, it’s tough to find encouraging numbers for the losing squad. However, the 39-point third quarter was more than encouraging, especially as the highest scoring quarter allowed by the Bucks during the playoffs. Norm Powell was a welcome sight off the bench, for a change. Serge Ibaka, while still struggling, can be a glimmer of hope with his usage increasing over Marc Gasol’s. Ibaka’s best numbers this season, and throughout his career, have come against Milwaukee.

Powell may have played himself into a starting lineup role. Part of that is due to his fearlessness and confidence in shooting — something lacking from this team — and part of it is indicative of Danny Green’s struggles. Green and Gasol may have looked out of sorts throughout the playoffs, but they are simply too experienced to be this ineffective.

The list of areas to improve may be long, but Dre managed to keep it the list short. The total number of fouls called looked similar in the box score (30-26, in favour of the Bucks), but the timing of those fouls worked against the Raptors. Pascal Siakam and Kyle Lowry were behind the proverbial 8-ball for most of the game, due to foul trouble. The trickle-down effect was rhythm-less basketball, at times.

The scapegoat in all Raptor losses is typically Nick Nurse. He made some mistakes with the rotation — subbing out players that were performing well — and messing up when to call timeouts, again.

All hope is not lost. A raucous home crowd awaits in Toronto, one that should fuel a more aggressive Raptors squad. All it takes is one victory to re-ignite the hope that was prevalent just five quarters earlier.